...and so only two remain. Fox Sports commentator Matt Russell has his final look at the 2010 Toyota Cup as South Sydney and the Warriors shape up for the Grand Final. Who's he tipping... read on to find out.<br><b><br>Captain Courageous...</b><br><br>When Warriors second rower Ben Henry grimaced in pain last Friday night I thought his Grand Final dream was over.<br><br>He'd just been bent over backwards, his ankle trapped awkwardly beneath him.<br><br>As Henry was assisted from the field we were thinking serious ligament damage or even a broken bone.<br><br>Incredibly, the word from the Warriors later in the game was that he might return if needed.<br><br>Now he's been named to lead the young Warriors into their first Grand Final, assisted by a nine-day break.<br><br>John Palavi's presence on an extended bench suggests Henry isn't 100 per cent yet but if he plays, it will be a great motivation to the other Warriors.<br><br>Henry is incredibly popular and not bad with a rugby league ball in his hands either.<br><br>He's scored five tries in his last five games, including two doubles.<br><br><b>Triple M</b><br><br>Matchwinner Matt Mundine.<br><br>It just rolls off the tongue doesn't it?<br><br>It may also unfold on Sunday.<br><br>With 65 NYC games under his belt, Mundine is the third most experienced player in Toyota Cup history.<br><br>After making the 2008 Team of the Year with St George Illawarra, he spent 2009 battling his weight at South Sydney.This season he has dropped 20kg to play some fantastic rugby league again.<br><br>He's a player who can take control of a game and orchestrate some wonderful attack.<br><br>Mundine is signed with Souths for next season as well but before turning to a senior career, he's highly motivated to make his final NYC appearance a memorable one.<br><br><b>High Five</b><br><br>If South Sydney is to win its first Grand Final since the U/23's saluted in 1989, this year's U/20's will have to beat the Warriors for the first time.<br><br>It is 5-0 in favour of the New Zealanders but the Bunnies are getting closer.<br><br>In Round 20 this year, the Warriors scraped home 19-18 after a Shaun Johnson field goal in the 79th minute!<br><br>The Warriors hope their fifth grand final will finally be a winning one.<br><br>The club has lost all four so far - one in the U/19's, two reserve grade deciders and the 2002 NRL Grand Final against the Roosters.<br><br><b>Sideline shootout</b><br><br>Each side has a great story on the wing.<br><br>South Sydney's James Roberts is only playing in the Toyota Cup Grand Final because of the club's decision to book Dylan Farrell in for a shoulder reconstruction.<br><br>In his seven appearances, Roberts has scored 10 tries, including three against the Dragons in Round 26 and four against Canberra on Saturday.<br><br>On each occasion he has fielded a kick on his own dead ball line... beat multiple defenders... out-run the cover... and sprinted 110 metres to score.<br><br>Can he do it for a third time on Sunday?<br><br>The Warriors Omar Slaimankhel is an Afghan refugee, whose family fled to Pakistan before moving to New Zealand.<br><br>Already the family has produced champion sprinters and weightlifters.<br><br>Rugby league is the next conquest, with Omar's 11 games yielding 12 tries, including the Warriors first four-try haul at Toyota Cup level against Manly in Round 24.<br><br><b>NRL boast</b><br><br>The Toyota Cup Grand Finalists boast just one player each with NRL experience - and both of them are in the centres.<br><br>South Sydney's Junior Vaivai has made four appearances in the top grade for two wins and two losses.<br><br>Warrior Siuatonga Likiliki lost his only NRL appearance against Parramatta.<br><br><b>Starling's swoop</b><br><br>The Grand Final will see Glen Fisiiahi face up to his worst nightmare again.<br><br>The Warriors fullback had the ball knocked from his grasp in Round 20 when Josh Starling swooped on his premature celebration.<br><br>It was one of the more remarkable defensive plays from a prop and one both will remember if Fisiiahi finds himself in open territory once again!<br><br>Starling and Francis Laulu both played their first game as starting props in Round 22 but have been their ever since as Souths enjoy a seven match winning streak.<br><br><b>Good to see ya</b><br><br>It is great to see two Toyota Cup regulars shake injury to play in the big game.<br><br>Souths lock Blake Judd missed the preliminary final with a hamstring strain but is back at No.13 for Sunday.<br><br>Elijah Taylor captained the Warriors last season and has twice been set for an NRL debut only to be hit by injury each time - most recently a serious knee problem.<br><br>He has returned in time to play four NYC games this season and is a big inclusion.<br><br>You have to feel sorry for Henry Chan-Ting, who is set to miss out despite playing 20 games before Taylor's return.<br><br><b>Slammin' Sam</b><br><br>Big Sam Lousi takes some stopping.<br><br>If he's allowed to stand and off-load like he has in recent weeks, the Bunnies are in trouble.<br><br>Lousi has set up many tries this season but scored none.<br><br>In 17 games the try tally reads 0.<br><br>How does a 198cm, 120kg giant look doing a nudie run.<br><br>The Warriors could be about to find out.<br><b><br>Going 'round again</b><br><br>Only a few Grand Final players on Sunday are eligible for the Toyota Cup again next year.<br><br>The Warriors can use Omar Slaimankhel, Sosaia Feki, Ben Henry, Carlos Tuimavave, Sebastine Ikahihifo and Sam Lousi again next year.<br><br>South Sydney is set for a massive turnover and only James Roberts, Francis Laulu and Adrian Ha'angana are age eligible again in 2011.<br><br><b>So who will win...</b><br><br>For the second time in three years, the top two teams at the end of the minor premiership will meet in the season decider.<br><br>In 2008, Canberra converted top spot into Grand Final glory but can the Rabbitohs do the same?<br><br>I fear not for South Sydney fans.<br><br>After a week off and a soft win against Canberra 64-18, will the Bunnies be ready for the onslaught from a big New Zealand team?<br><br>Then there are the excitement machines - Nafe Seluini and Glen Fisiiahi.<br><br>The Warriors have timed their run to perfection, winning 12 of their last 13 games and the last six in a row.<br><br>Either team would be a worthy winner but if forced to decide between the two... it's the Warriors by 7.<br><b><br>Join the team that has been doing it all year - myself, Scott Sattler and Simon Woolford for live and uninterrupted coverage from 2pm on Sunday on Fox Sports 3.</b> 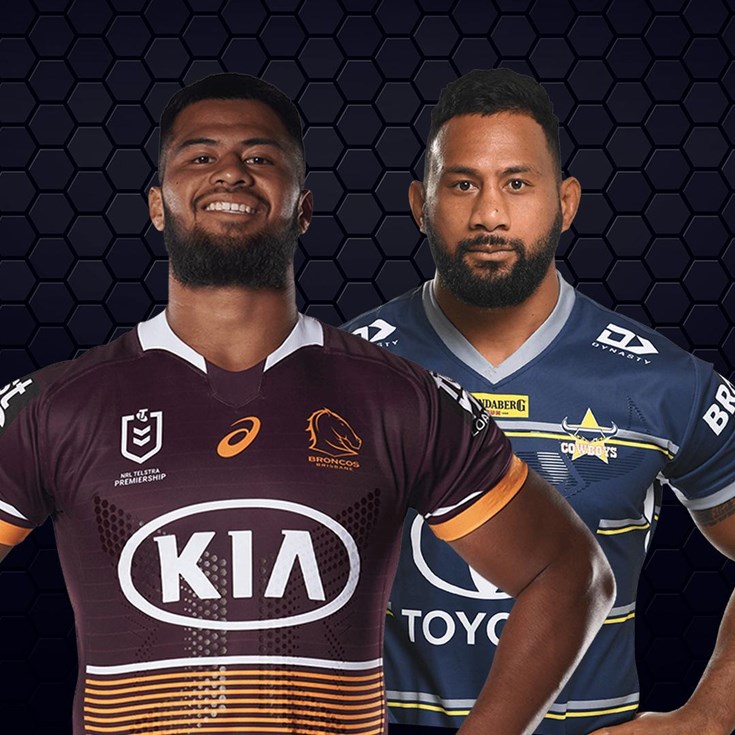