Just a few seasons ago this match was one of the highlights of the year. These two impressive clubs went at each other hammer and tongs in back-to-back grand finals in 2007-2008 and a rivalry was boosted up to epic proportions. The rest of the league world didn’t particularly care for either club but it didn’t stop these two teams battering all-comers.

Circa 2011 and things are a little different. The Storm has been gutted (and stripped of the title they won over Manly in 2007) from the salary cap scandal, while the Sea Eagles have had some significant turnovers of their own – particularly at halfback. While Matt Orford was their chief playmaker in the good years, last year they were well served by rookie Trent Hodkinson, only to lose him to the Bulldogs. Now they rely on another rookie in Daly Cherry-Evans… can he fire them towards their lofty goals?

Perhaps the bigger question is will the return of fullback Brett Stewart be successful? The Brookvale wiz has missed significant amounts of football in the past two seasons with bad knees and it remains to be seen if he still has the slick speed and silky skills. He needs just two tries to reach 100 for his career and if he does so he’ll become just the third player in Manly history to do so.

His opposite number Billy Slater needs just one try to equal Matt Geyer’s club record of 113 tries for Melbourne. It is a shame Manly have taken some of the focus off the field this week with complaints about double standards from the NRL in relation to off-field incidents, but hopefully come game time the only talking point will be the 34 players in action.

Speaking of those players, Melbourne’s contentious centre positions have gone to Dane Nielson and Chase Stanley, with Beau Champion left on an extended bench. Matt Duffie and Anthony Quinn snare the wing spots. Brit Gareth Widdop will play five-eighth while Bryan Norrie and Jaiman Lowe are the starting props.

The Sea Eagles are as expected, with Tony Williams playing centre (for the suspended Steve Matai) and Will Hopoate (for David Williams) on the wing.

Watch Out Storm: The Sea Eagles managed to stay in the hunt in many contests last season based on their long-kicking game. With an average 617 metres gained from the boot each match, they were second to only eventual premiers St George Illawarra. Granted, they are now without Hodkinson, their main boot metre-eater, but he did share the duties pretty evenly with Kieran Foran. Matt Ballin also added some nice kicks from dummy-half.

If Cherry-Evans continues where Hodkinson left off, the Storm pack, without as many stars as they’ve had in the past, might find themselves carting the ball off their line often. They will also be turning and chasing back further more often, contributing to fatigue.

Of course the key is the Sea Eagles need to find space with these kicks. Slater is a master at getting to the ball on the full – they must limit his kick-return yardage for the full effect.

Danger Sign: If a wall of defenders is meeting Slater when he picks up the ball from kicks, the Sea Eagles mean business.

Watch Out Sea Eagles: The Storm will focus their attack through the middle of the ruck off the back of impressive hooker and captain Cameron Smith. There is perhaps no better player in the game at exploiting ruck defenders than Smith and considering the Sea Eagles had more tries scored on them up the middle of the field than any other NRL team in 2010, the red lights are flashing brightly.

The Storm might not have as many big names and have lost Brett White and Aiden Tolman up front but coach Craig Bellamy is a master at getting individuals to own their job. If they execute his game plan, they could punish the Sea Eagles.

Manly will probably compress their defence to combat the middle assault, which will allow Cooper Cronk to find Slater in space out wide.

Danger Sign: If the same Sea Eagle forwards are making multiple tackles in a row, it is only a matter of time before Smith executes a killer blow.

Plays To Watch: Billy Slater chasing a neat grubber kick from Cronk or Smith and flashing past in the blink of an eye; Cronk finding Slater with an inside pass up the middle of the ruck past a tiring forward; Stewart shadowing his own forwards looking for a clever offload; and big Tony Williams trying to run over the top of his opposite number.

Where It Will Be Won: In 80-minute execution. For years Melbourne has all been about doing the ‘one percenters’ – executing the simple but often overlooked crucial plays methodically, so as to grind opposition teams into the dust. Now, with a more inexperienced line-up, they must still be able to execute their game plan for 80 minutes to be successful.

Manly also need to learn to play for a whole game. Unbelievably in 2010 they scored more first-half points than any other side in the competition but scored fewer points than every other team in second stanzas. The side that can stay focussed the longest, eliminate errors (a hard task in early rounds) and stay panic-free will start the year with two competition points.

The History: Played 19; Storm 10, Sea Eagles 9. The Sea Eagles have won four of the past six matches between the clubs, including both encounters last season. This is the first time the two teams meet at the new AAMI Park – but Manly fans should be aware the Storm have won six straight at their home ground.

Further grounds for concern is the fact the Storm have won their Round 1 match for the past eight seasons running, while the Sea Eagles have lost their opening match for three straight years.

Conclusion: This is a tough match to call. The Sea Eagles look strong on paper but the Storm will be especially fired up as they play their first match for competition points in nearly a year. The emotion of the occasion might just be enough to get the home side over the line but they certainly won’t have it all their own way. Don’t be afraid to tip either way in this one.

See the full team lists for Round 1 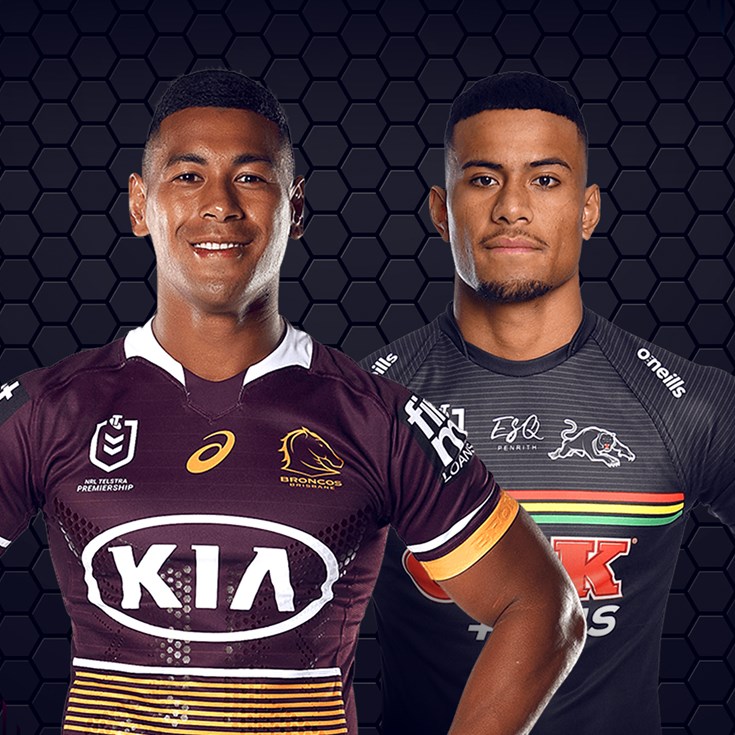 Presented By Sportsbet 47 mins ago