The National Rugby League has issued a $15,000 breach notice to South Sydney for playing fourteen men for four tackles during Friday night’s match against the Roosters.

The NRL rules require that all clubs remain entirely responsible for the number of players they have on the field at any time.

A review of Friday night’s match shows that the Rabbitohs had already affected two interchanges (the maximum allowed at one time) and believed they were a player short when they approached the interchange official as he returned to the bench.

The investigation found South Sydney insisted to the official that an injured player had already left the field and entered the playing tunnel.

With play having resumed, the interchange official allowed the replacement, Shannon McPherson, onto the field.

Within four tackles (duration one minute) it was realised that Souths had fourteen men and Roy Asotasi left the field.

“It is a clear responsibility of the clubs to ensure that they have the correct number of players on the field at any time,” NRL Director of Football Operations, Mr Nathan McGuirk, said today.

“Because it is such a fundamental part of the game the NRL has put clubs on notice that breaches of the replacement rules will incur a significant penalty.

“The incident should serve as a reminder to all clubs of the importance of ensuring the interchange rules are adhered to no matter how urgent a situation may appear on the field.

“Penalties can range from fines to the loss of competition points.”

South Sydney will have five days to respond to the breach notice before the fine is imposed.

NRL Referees Coaches Stuart Raper and Bill Harrigan have today supported video referee Steve Clark in his awarding of a try to the Dragons against the Titans on Saturday evening despite a Titans defender colliding with the referee.

“Steve applied the rule as it is meant to be applied,” Mr Harrigan said.

“The referee has to stand somewhere and if you were to change the rule there would be the temptation for defenders to go out and make contact with the referee.

“The sort of thing we saw on Saturday night has only occurred about three times in my time in the game and the rule has been applied the same way in each instance.” 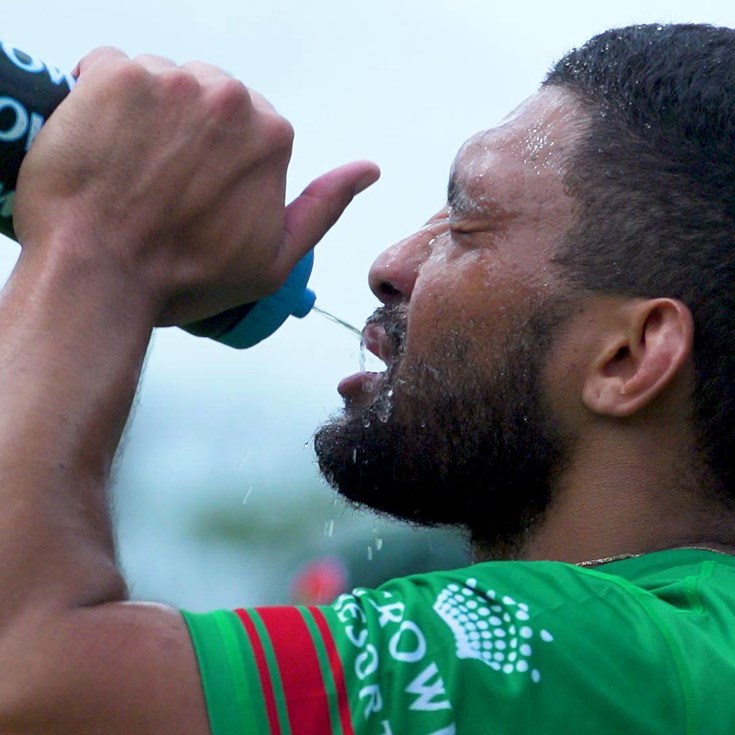