Pulling the wrong rein with a substitute cost Middo’s Magicians dearly in Round 7 of the Toyota Dream Team competition.
Going with St George Illawarra’s Nathan Fien ahead of Parramatta hooker Casey McGuire cost us 33 points and a certain Private League victory. It goes to show how important the interchange bench can be to weekly selections.
And it is the second week that Fien has proved a fly in the ointment. In Round 6 his omission with a hamstring injury brought us trouble with our Auto Emergency. This week he managed only 16 points in his 43 minutes on the field.
In hindsight, McGuire would have been a far wiser choice. He was the only specialist hooker named in the Eels’ 17-man squad and after playing for 71 minutes against the Bulldogs he went the distance against the Titans and scored a resounding total of 49 points.
Substituting McGuire for Fien is the only change we have made to our 17-man squad for Round 8 but we have made two trades ahead of the upcoming byes. We have drafted in Cowboys rookie James Segeyaro for the injured Newcastle halfback Beau Henry and we’ve traded Parramatta prop Shane Shackleton for Warriors back-rower Ben Matulino.
The acquisition of Matulino gives us 18 potential scorers in Round 9 when half the clubs will be putting their feet up with the bye. And 18 appears to be the ideal number of players necessary to achieve a creditable score on that weekend as a large proportion of players will be walking an injury tightrope as they attempt to back-up from the City-Country and Australia-New Zealand Test matches.
Choosing the right player to fill the Auto-Emergency option will become a key part of Dream Team strategy in Round 9. Remember if one of your 17 selections is ruled out before kick-off, you will automatically receive the lowest figure of your scoring reserves. That means if you have only one player on your bench from a non-bye team, that player will become your auto-emergency. If you are able to manoeuvre a high-scoring player to this position, you could achieve a handy bonus.
Looking further ahead the Magicians are in reasonable shape to accommodate the Round 11 byes that take six clubs out of the equation for the weekend. At present we have 15 potential scorers and the opportunity to make changes in advance.
Last weekend’s combination included some of the highest scores for Round 7, among them Aiden Tolman (69), Corey Parker (62), Ashley Harrison (60), Gareth Widdop (51) and James Maloney (50) and they helped take us to a season high total of 703.
Those who performed below expectations were hooker Andrew McCullough (24), halfback Daly Cherry-Evans (26) and back-rower James Buhrer (26).
It remains an ambition of the Magicians to weave Cameron Smith into our line-up but to do that we would need to free up $155,000 from our cap to enable us to trade Smith for McCullough.
It’s not impossible but with the representative season approaching it is probably not the best time to make such a move. For now we are playing it safe, ensuring that we can fill our squad over the coming challenging rounds and at the same time keep a close watch on our trades.
We think we’ve made the right call on our reserves this week but you can never be sure. It’s a lot like the NRL where there is no such thing as a certainty.
Have you got your Toyota NRL Dream Team in?
Over $65,000 in prizes to be won including $500 for each week’s top coach 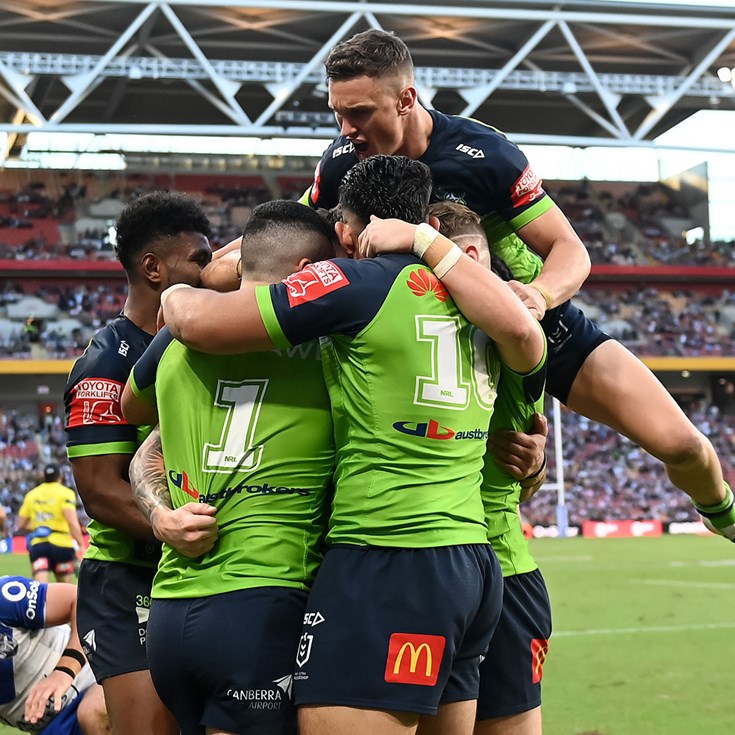