The "new era" for NSW Origin took form with the naming of the Blues squad this week, and it was obvious that coach Ricky Stuart was set in stone in a number of areas.

First and foremost, he was definite in picking players in their specialist club positions.

Secondly he wanted an aggressive starting pack that would be best suited to stop the Maroons dominating the opening 20 minutes as they have done so often in past series.

Finally, he was true to his word that the often maligned City/Country fixture was viewed as a genuine Origin trial for some players. For both fullback Josh Dugan and centre Michael Jennings their performances in that clash were personally invaluable.

It would not be Origin selection if there wasn't criticism and debate following the naming of the opening squad, but then one of the great things about our game is that we all have opinions.

As was always going to be the case the only one that really mattered was Ricky's, and he was ultimately concerned with balance, cohesion and creating a "core" for the future for NSW.

As a result there are five players who will make their debut and not one player is in double figures when it comes to past appearances.

Having been clean swept last year, incumbency was probably not a huge consideration, although a healthy 10 players were retained from the squad that pushed the Maroons in Game 3 before going down 23-18. The Blues actually led with 10 minutes to go in that game.

Josh Dugan won the contentious number one jersey over Jarryd Hayne and did so after shading his main rival in Albury.

It was a game that he was a chance of missing with his niggling calf problem until he was informed that his absence would bring an end to his chances of being picked for the opening rubber. It was an ultimatum in playing with adversity that was not misdirected.

In his short time in the top grade there was a worrying trend developing with Josh playing the ball slowly after collisions and then remaining on his haunches for a period of time. However in his last few games his body language has improved markedly and any hurt he has been feeling has been well masked.

Invariably any weakness displayed to the Queenslanders is exploited.

See Dugan split the Wests Tigers defence in Round 8

Despite being on the losing side for City, Michael Jennings obviously impressed selectors – especially with him missing the Panthers' big win over the Broncos.

He may be enduring a lean try-scoring run this season as he chases his first four-pointer of 2011, but his attacking prowess is already well known.

It was actually his defence that stood out against Country, with some great decision-making that saw him jam in fast and hard to stop some promising opposition raids.

Contrary to what was first presumed, Jennings' inclusion did not come at the expense of Jamal Idris.

Mark Gasnier got the nod over the giant Bulldog with both being solely considered as right centres. Not for the first time, being in the recent Test side didn't guarantee state selection for Idris; and we need only go back to 2009 to see that the same fate befell Anthony Watmough.

At five-eighth Jamie Soward demanded selection after a season and a half of outstandingly consistent football. There have been few players in the competition who have been as good week in, week out during that time.

What surely sealed the deal was his running game against Parramatta in Round 8.

With excellent footwork and blinding speed, the attacking side of Soward's game has been under-used and his carving up of the Eels' defence was an indication of what he is capable of on a more regular basis.

However his biggest asset for the Blues may well be his immaculate kicking game. I don't say this at all lightly but I believe it to be the best I have ever seen in terms of variety and execution.

In fact I can't recall any kicker in general play that has been able to kick the ball with such a low trajectory, yet pick up so much distance and do so from such a deep launching pad.

To be able to deny Billy Slater, Darius Boyd and Jharal Yow Yeh the opportunity to kick return the ball at speed from a catch on the full is a big plus.

On the subject of the back three, the greatest compliment afforded to new winger Akuila Uate was that he was so strongly expected to partner Brett Morris on the flanks. For a 23-year-old relative rookie that is rare.

The Newcastle flyer has matured enormously, and whilst he is still raw-boned his positional play and understanding of the game is much more refined.

Thirty seven tries in his 54 NRL games is an indication of his potency, and you can also throw in a match-winning runaway effort against City.

Watch Uate show his strength against Canberra in Round 7

His inclusion along with Morris continues the Blues' penchant for picking big, athletic wingers to be effective at both ends of the field and to establish sets with robust early carries.

Finally I'm delighted that discretion was employed in the selection of Dean Young. If any man was born and suited to play Origin it is the Dragons' number nine.

Due to the number of serious injuries he has endured over the years his Blues debut comes much later than it should have, and if a rigid policy of training criteria had been employed he may have again missed out.

Dean is one of a growing number of players who need to be "managed" during the week to get them ready to perform on game day. This means that he is not expected to undertake the full training workload that will be borne by the majority of his teammates.

He was ruled out of the Country side because he was unable to meet the early-week training requirements that were deemed mandatory, but was still able to turn out for his club side and play a starring role the next weekend. His 59-minute stint against the Cowboys featured 34 tackles, numerous dummy-half darts and a try.

Watch Young barrel over from dummy half against the Cowboys

With such a player you need to work backwards from the game as to how to co-ordinate his week to make sure he is the best condition possible when it really counts. You can bet your life Darren Lockyer is prepared exactly the same way for both the Broncos and the Maroons.

Dean will become part of just the fifth father and son combination to have played Origin football in the sky blue jersey.

He will also be looking for a better introduction than that afforded to father Craig in the very first State of Origin game way back in 1980.

On that historic night at Lang Park, Queensland were too strong for NSW, with current Maroons coach Mal Meninga kicking seven goals in their 20-10 victory. 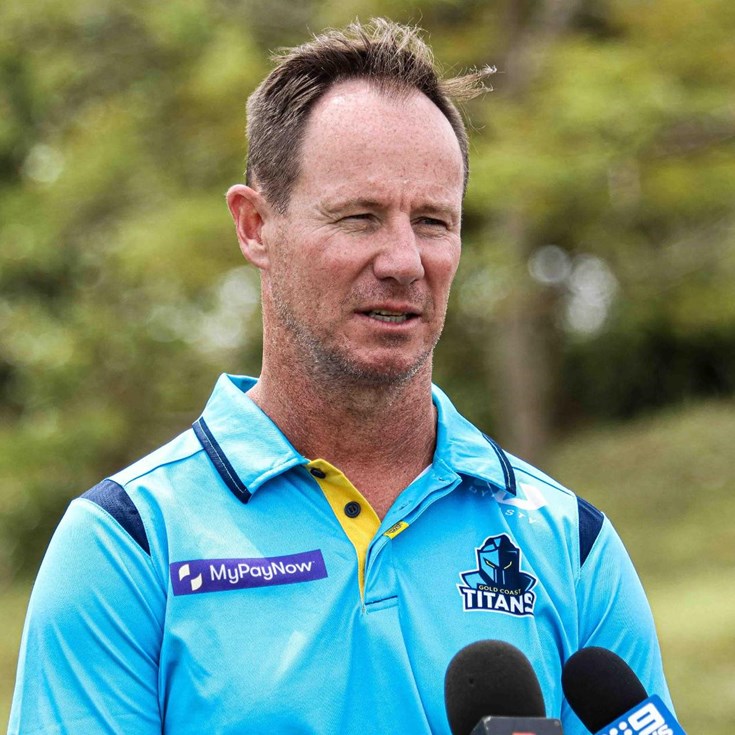 No restrictions in McInnes' training