Life moves at pace in Dream Team land. A week ago the Magicians were discussing plans to trade number one player Cameron Smith into our team by Round 15 and we were also contemplating a bid for Raiders’ industrious back-rower Shaun Fensom.

Then, with all the impulsiveness of a septuagenarian shopper on pension day, we did a two-trade shuffle (Tolman and McGuire out, Masoe and Smith in) to work the Storm skipper into our line-up.

The move paid off with the Magicians producing a season-high score of 797 and so we delved into our diminishing supply of trades to move on Fensom for Round 14. Again, it required a double-trade with Corey Payne ($154,200) exchanged for Roosters rookie Boyd Cordner ($84,100) and Chris Houston ($258,400) traded out to free up salary cap space for Fensom ($327,800) to be brought in.

We’ve left ourselves thin for resources in this big bye round with only 16 or 17 possible scorers (Mose Masoe was not included in the Roosters’ line-up for Monday night’s clash with the Storm) but with plenty of high-scoring players in our team we are hopeful of a score pushing towards the 700 mark this week.

The other concern is over Warriors’ rookie Elijah Taylor, a valuable scorer in recent weeks, who is in doubt for Sunday’s showdown with the Wests Tigers but is expected to play.

It was a gamble to use four trades to introduce Smith and Fensom but one we expect will pay off over the second half of the season. Smith is the highest scoring player in Dream Team this season, while Fensom has produced some mammoth scores over the past few weeks.

The move to include Smith and Fensom has left our trades in the single digits with 12 more opportunities to trade this season.

We are well stocked for players to cover byes in Round 15 (Raiders and Roosters have the bye) and Round 18 (Dragons and Broncos) but we will have to work hard for Round 17 when six teams have the weekend off. At present we have only 11 scoring players for Round 17 and that means we will need to consider trading or taking a hit for that round. We will have three opportunities to trade before Round 17 but with only nine trades left it would seem extravagant to make six trades to shore up our team for that weekend.

The Magicians are hoping to make up a lot of ground on the leaders in the final 13 rounds but realistically we are continuing to pay for our early sins when we failed to recognise the importance of including as many high-priced (and therefore high-scoring) players as possible into our line-up. Our misguided inclination was to distribute our salary cap as evenly as we could across 25 players when we should have been concentrating on the top 17 and offering minimal wages to the remaining eight. We also wasted trades by shuffling players for the byes when we would have been far more successful had we planned for the byes at the start of the season.

Playing Dream Team is a live-and-learn experience and there is little doubt our approach will be different next season.

While talking strategy, the bye rounds provide an ideal opportunity for casual Dream-Teamers to make a play for the $500 weekly prize.

And $500 is not to be sneezed at! So whether you are in the running for the FJ Cruiser, chasing the weekly cash prize or just playing for the fun of it, may the best team win! 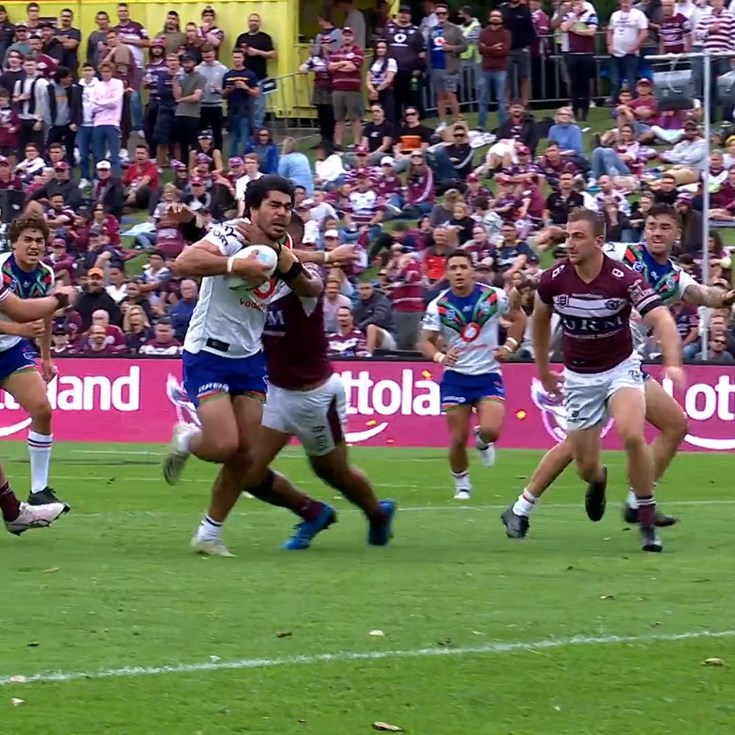 Egan sharp as he creates for Harris

Turbo busts through for a double