NSW assistant coach Trent Barrett has the word from inside the Blues camp following their series-levelling win in State of Origin II.

Obviously the feeling of winning is not quite the same when you are coaching as it is when you are playing. As assistant Blues coach last night's win was very satisfying, but I felt relieved more than anything.
I was really happy for the players because they had worked so hard and for coach Ricky Stuart. They had put so much into the game, on and off the field.
I didn't know where we would go for game three if we had of been beaten last night. There really was nowhere to go - we couldn't have done anything more.
The effort at training by the players, Ricky's preparation on and off the field ... every base was covered.
I am so glad to be going to Brisbane in three weeks with the series level, knowing we can still play better again. We are still learning how to play at the back end of the game and tie
the game up. We gave them a couple of chances again last night like we did in game one, only this time it didn't cost us.
We did talk briefly about the fact that had we held on for those last seven minutes in game one that we would now be the series winner for the first time in six years.
But more than anything that just gives extra confidence going into the decider.
There is going to be a lot of hype and emotion around the match being Darren Lockyer's last for Queensland, but, no disrespect to Darren, that won't mean anything to us in our preparation.
If anything, it could be more of a distraction for the Maroons.
We are in the fight now and we are heading into game three wanting to win the series. That's always been our goal, even though Ricky said publicly he would be happy to win just one game this year.
That's never been said in camp. The series is there to win. It is hard to win at Suncorp but it has been done before in 2005, the last time we won the series.
I expect there may be minimal changes to the team, with Will Hopoate likely to be out with a hamstring injury, which is a real shame as he didn't look like a rookie out there.
Ricky came under quite a bit of criticism for the changes he made for game two but he did the right thing.
He picked a team to win in what was different circumstances than we faced in game one. He won't be afraid to make that decision again for the final Brisbane game.
I have to give a rap to the experienced guys who were brought in - Anthony Miniciello, Anthony Watmough, Kurt Gidley and Luke Lewis. When they came on they were brilliant; and they were brilliant in camp.
In game one we had five debutants and in game two four of the five changes were bringing in guys who had played for NSW or Australia. And young Will Hopoate was terrific in his debut.
There was a lot of pressure going into the game and everbody handled it so well ... especially at home in front of a sell-out crowd.
A lot of credit for the success has to go to Ricky. He's been brilliant.
The public are starting realise how passionate he is and his passion is infectious. The public have bought into it; and the players did from day one.
He is the best at getting a bunch of guys to play for each other. Throw in the fact he is tacticly he was one of the best to play the game, and he's really enjoying it.
I am really happy for him. He deserves the credit. 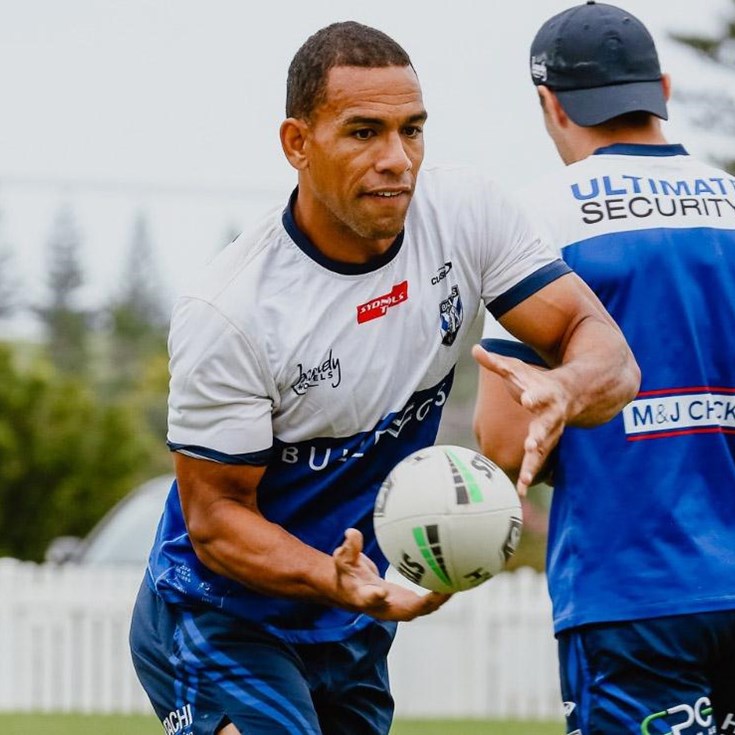