Are the Warriors coming good at the right time? Plenty expected the Kiwi-based side to threaten in 2011 but with inconsistency and injuries marring the first half of their year they dropped off the radar. But teams are back on full alert after their pummelling of the Rabbitohs last week that had bunnies coach John Lang all but reaching for the oxygen tank.

The Warriors piled on nine tries in the 48-16 win – the most scored by any team in a single game all year. It was achieved through devastating second-phase attack that saw them register 23 offloads, the fourth most by a team so far. What a way to notch their first win in Sydney in 2011! And their eight try assists is the new competition benchmark. Yep, it would seem the Warriors of old are back in business.

The Raiders enter this game on a high after stunning the Dragons with a faultless second half to triumph in Canberra last Monday night. They defeated the premiers 18-1 on the second-half scoreboard and the adrenalin will still be pumping through their veins as they board their flight across the Tasman.

They may be out of the running for a semi-finals berth (13th on 16 points, with too many sides with better points differentials ahead of their -97 for-and-against mark) but they will be desperate to climb as high as possible to avoid the wooden spoon – two losses and they’d be back in the mix for the NRL’s most despised accessory. Plus, in yet another year of early coach exits, a few more wins would cement David Furner in the role for at least the opening few months of 2012.

Warriors coach Ivan Cleary has retained the 17 that did the damage last week, but has tinkered with the starting line-up of the pack. Jacob Lillyman is slated to start at prop, pushing Ben Matulino to the bench, while Feleti Mateo gets the call-up to run on in the second row for Elijah Taylor.

Raiders coach Furner has retained his starting 17 from last week too (and why wouldn’t he?). Their only change is the introduction of Josh Miller on the bench for the injured Trevor Thurling, with Joe Picker added as 18th man.

Watch Out Warriors: If Josh Dugan crosses for a try, defeat could be imminent. Incredibly, the Raiders have emerged with the competition points 11 of the 14 times Dugan has scored in first grade. He is in great form, emphasised by his try double last week plus six tackle-breaks, 16 runs and 180 metres.

For a lowly ranked team the Raiders still pack plenty of punch into their runs; they average 33 tackle-breaks a game, just behind the Warriors’ 34.

Josh McCrone needs to be watched close to the try line. It was McCrone who kick-started the Raiders last week, dummying from close range to score before he laid on try assists for Blake Ferguson and Josh Dugan.

Danger Sign: He’s no superstar but McCrone can keep the Warriors guessing when he runs to the line. With supports including the back three of Dugan, Ferguson and Daniel Vidot the Raiders have speed and force out wide.

Watch Out Raiders: The Warriors are hungry for points – they’ve scored the most by any team in the past month (106). And their opening 20 minutes last week, which yielded three tries, was their best opening quarter for 104 matches.

Manu Vatuvei and Feleti Mateo are their danger men. Vatuvei recorded his fourth career hat-trick last week (three in his past 30 appearances) and he is bound to create all sorts of headaches for enigmatic opposite Blake Ferguson, who is error prone (25 errors, third most in the comp) and sometimes shaky in defence (22 missed tackles). One of Vatuvei’s great strengths is his ability to convert attacking kicks into points; Ferguson is fumbling cross-field bombs 40 per cent of the time and also has trouble fielding grubbers, cleaning up just two-thirds sent his way.

Meanwhile Mateo is enjoying unprecedented freedom in attack. The competition’s leading offloader (with 60, 14 ahead of second-ranked Trent Waterhouse), Mateo made a game-high six last week. Plus he added other game-highs in line-breaks (two) and tackle busts (nine) as well as a try assist and 13 runs for 132 metres – all in just 38 minutes of game time. Is it any wonder he’s been named to start this week?

Danger Sign: Yikes – stats show the Raiders concede the most line-breaks by any side (average five each game). If they don’t find a way to shackle the Warriors last week’s stirring victory will fast become a distant memory.

Where It Will Be Won: Both sides will turn it on in attack but victory will depend on who turns up in the right defensive frame of mind.

Not a great deal separates these sides in attack – the Warriors average 3.6 tries a game to the Raiders’ 3.1. But defensively a different picture emerges: the Raiders concede 4.1 tries and 23.9 points a game, while the Warriors concede just 3.1 tries and 17 points. Which is a surprising gap, given both sides have been disappointing with their missed tackle counts (Warriors average 37.4 a game – the second most – while the Raiders are third least-effective with 36.6 a game).

The Raiders need to wrap up the ball carrier and make effective tackles more often than the opposition to have any chance here.

The History: Played 25; Raiders 14, Warriors 11. The Raiders have a good record against the Warriors, winning five of the past eight games including a 23-16 win in Auckland last year. However, it was their first win at Mt Smart Stadium in a decade. The Warriors hold an 8-5 advantage at the venue.

Conclusion: The Warriors have a tough road trip to Suncorp Stadium next week to take on the Broncos so they know the importance of picking up an ‘easy kill’ here. Trouble is that description doesn’t fit the Raiders after last week’s shock win over the premiers.

Still, much has been written about the Raiders’ motivation for taking some of the wind out of the Dragons’ sails. But do they have even half the desire to make things tough for the Warriors on their own turf?

We can’t see them coming close to repeating what was their season-best effort. The Warriors have some momentum and their ability to score more points should get them home in what could well be a high-scoring affair. 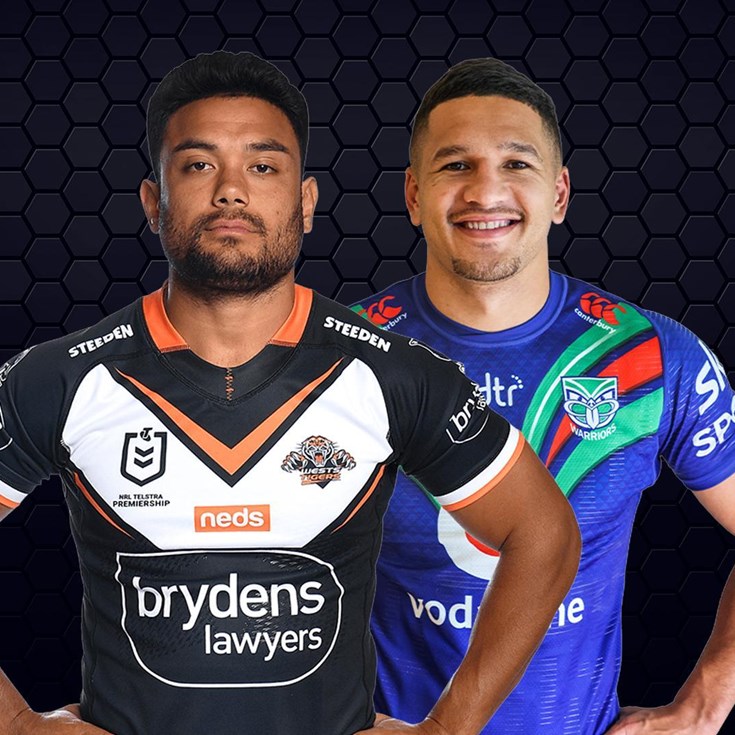 Presented By Sportsbet 4 hours ago
01:21