Wests' left-side dramas, the Dogs still a chance of the eight, Uate racing Barba for try gong and history looming for Melbourne.

Wests Tigers’ tale of woe on the left side of the field continued last Friday night when Chris Lawrence tore his hamstring as he sent winger Beau Ryan away for the match-winning try against the Dragons. The Tigers boasted one of the most dangerous left-side attacks in the game in 2010, in fact it ranked behind only grand finalists St George Illawarra and the Sydney Roosters for tries scored. This year, with Lawrence sidelined for much of the season with his dislocated hip and luckless winger Lote Tuqiri suffering a broken arm followed by ankle and quadriceps injuries, the Tigers’ ranking for tries created on their left side has plummeted to last in the NRL.

The Bulldogs kept their faint hopes of a finals berth alive when they outplayed the Cowboys last Friday night and their chances could be further boosted this week if they can overcome the Sharks at Toyota Stadium. With the Warriors to play Newcastle at Mt Smart, a win by the Bulldogs could leave them just two points outside the eight. But the ‘Dogs will need to win well against the Sharks – their for-and-against differential (minus 60) is well in arrears of the teams immediately ahead of them – Warriors (plus 81), Newcastle (plus 57) and Wests Tigers (plus 19).

Storm on track for record

Melbourne’s emphatic 26-6 defeat of Penrith last Saturday night was their 10th consecutive win and has pitched them within striking distance of a remarkable premiership record. Should they win their remaining four games, the Storm would break the all-time record for most premiership points accrued in a season. They currently share the record with Manly, with 44 competition points. Manly established the record under the coaching of Bob Fulton in 1983 and it was equalled by the Storm in 2006 and 2007. The Storm of 2011 sit four points clear at the top of the NRL ladder on 38 but with upcoming matches against St George Illawarra (Round 24) and Manly (Round 25) they will have to work hard to achieve the record.

David Mead’s stunning try for the Titans against Cronulla last Saturday night, when he dragged in a Scott Prince kick with one hand, was a rare gem in a forgettable season for the Gold Coast. The try was Mead’s 12th for 2011 and takes him to within one try of the Titans’ season try-scoring record held by his injured team-mate Kevin Gordon. Gordon crossed 13 times in 2009.

The spotlight on Darren Lockyer and his upcoming record-breaking 350th first grade appearance has provided the perfect smokescreen for first-season coach Anthony Griffin and the young team he has guided into the top four after 22 rounds. Griffin, a contender for the Dally M coach of the year award, has been blessed to have the experience of players such as Lockyer, Justin Hodges, Corey Parker, Sam Thaiday and Ben Hannant around him but outside that core, the Broncos boast one of the youngest playing groups in the NRL. In fact, only once this season have the Broncos fielded a line-up with an average age older than their opposition.

Newcastle winger Akuila Uate has rocketed into contention for the season’s leading try-scorer honours for the second consecutive season after crossing for five tries in his past two games. Following his double against the Raiders, Uate now has 13 for the season, only two behind leading try-getter Ben Barba from the Bulldogs. Only one player in the past 40 years has been leading try-scorer in consecutive seasons – former St George Illawarra flyer Nathan Blacklock, who was top of the charts in 1999, 2000 and 2001.

The Roosters’ horrors at Brookvale Oval continued on Sunday when they slumped to their fifth successive loss at the northside venue. Brookvale was the scene of one of the club’s worst ever defeats when they crashed to a 56-0 loss in 2007. Since then they have gone down 42-0, 38-18 and 36-8. 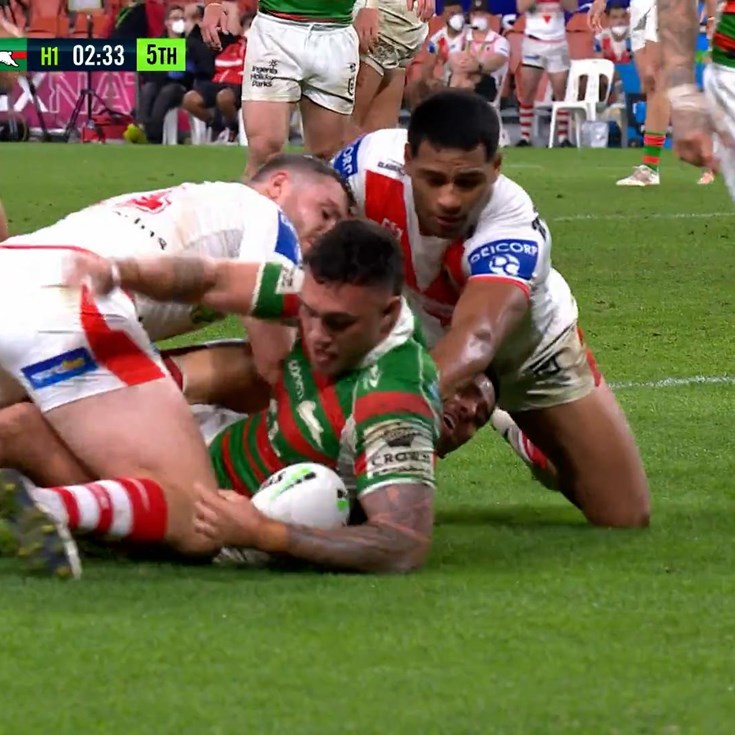