As we approach the final rounds of our season proper, the scenarios for all our teams couldn’t be more different. Melbourne are looking to wrap up the minor premiership in what has been a remarkable season so far for the Storm.
Only four points separates them and the Sea Eagles with four rounds to go, setting the stage for a possible rematch of the 2007 and 2008 grand finals and a fifth grand final appearance in six years for the Storm. Interestingly the records show that in the 22 grand finals played since 1990 (including one 'Super League' final), the minor premiers have made 18 grand finals and won 11 premierships.
Outside of the minor premiership battle there are three other major tussles. Firstly, which of the top five teams won’t make the four, with defending premiers St George Illawarra’s three successive losses putting them in the position of having to challenge for a spot ahead of the Broncos or Cowboys.
Secondly, the make-up of the last three spots in the eight. The Wests Tigers, Warriors and Knights all in the box seat right now, while the Bulldogs, Rabbitohs and Panthers are a mathematical chance of still qualifying for the finals ... if they win all of their remaining games.
Lastly, the desperate bid to avoid the wooden spoon. Last year’s grand finalists, the Roosters, will be determined not to return to the cellar for the second time in three years; while the Titans, Eels, Raiders and Sharks don’t want it either. The Titans have never won it; while the Sharks last took the spoon in 1969; the Eels in 1972; the Raiders in 1982.
In terms of the minor premiership, the Storm have won it three times in the past six years, although those 2006-08 titles were withdrawn after the salary cap scandal. It seems an eternity ago that the Storm were embroiled in that drama and forced to shed many of their stars in order to get under the cap.
Many thought this would take the Melbourne franchise years to overcome ... not so! Craig Bellamy has done a wonderful job, firstly in holding the club together through last year; secondly for his recruitment in the forwards. He also gets a big tick for the fantastic young backs that have stood up for him all year.
Players like Bryan Norrie, Ryan Hinchcliffe and Todd Lowrie have been great for the Storm. They don't get a lot of recognition behind Billy Slater, Cooper Cronk and Cam Smith, but I bet their team-mates know how good they have been for the club.
I went down to Melbourne in the pre-season and spent a few days with their scholarship kids. After watching the professionalism of the Storm, the work ethic of all involved and the depth in their juniors, I have not been at all surprised by how well they have gone. Full credit to them; they deserve the minor premiership and have given themselves a great chance to win another competition.
The Dragons, on the other hand, may be getting a little nervous. In the first part of the season they were odds-on to win all put in front of them. Now they face the prospect of missing a place in the top four, which would make it very hard to win the competition from there.
The Dragons have been run down late in their last three games and face a fourth loss on the trot if they lose to the Roosters this Sunday. This game is huge for them; not just for the two points but for their confidence.
The Red and Whites had a heavy workload during the rep season and at present they look a little tired. Wth a month of footy still to play they need to get on a run and hit the finals confident if they are to win back-to-back titles. It’s certainly not beyond them.
Manly look great. They have a terrific balance in their side this year: young fearless halves, a brilliant fullback in Brett Stewart, brilliance and experience in the centres with Jamie Lyon and Steve Matai, young Will Hopoate and a tough experienced forward pack.
The standout performer for me has been Glenn Stewart. Since the Origin series Stewart has been great. His aggression, skill and leadership have been a big reason Manly are going so well. They have all been there and succeeded in big games before and there’s an opportunity to win their second title in five years.
At the other end of the table we have our bottom-placed teams who cannot make the finals. For the Eels, Titans, Raiders and Sharks the finals dream has slipped away.
All these teams will want to finish the year well and have team and personal pride all at stake. There is nothing worse than missing the semis and having to sit and watch the rest of the teams battle it out. It’s an empty feeling . Back to the drawing board and preparing for 2012 ... hard to cop!
Despite what disgruntled fans may think, players do not like to lose, whether or not the game means anything in terms of making the eight. Rest assured they will be doing their best to win every time they step on the field. 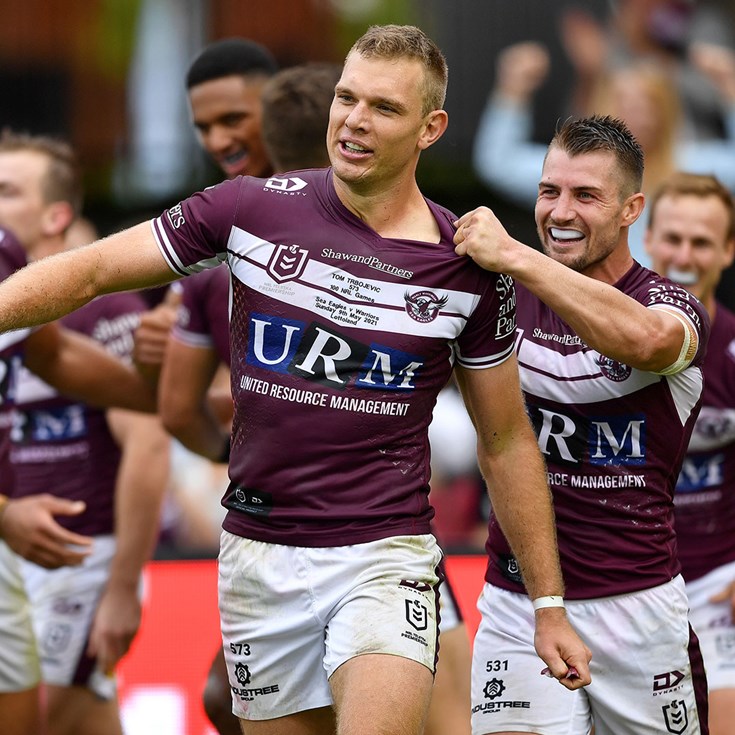