The journey didn’t start well. A man on a motorcycle had tried to overtake a car and another automobile pulling out of a driveway had sideswiped him, sending the victim flying.

It is 7.42pm on Saturday and my own transport, a Brent area minicab, is ferrying me to Heathrow for a journey few have ever attempted – or even thought of undertaking – Wembley to Leumeah.

Captain Cook, eat your heart out.

The motorcyclist is not seriously hurt. But when a passer-by plucks the bike from the asphalt, the motor is still running and the vehicle drags the Good Samaritan along for a couple of metres before falling sickeningly on top of him, bringing gasps from other motorists in the frozen traffic.

The kind man, seeking only to help the fallen cyclist, seems to have suffered much worse injuries than the person he assisted.

But he, too, miraculously gets to his feet and limps to the side of the road. The cyclist has enough energy to throw his helmet at a fence in frustration. Slowly, the traffic starts moving again.

If On The Road misses QF2 at 10.15pm, the injuries to his wallet will be very severe indeed. For a start, this column will go by the wayside. So will my work at the Monday Night Football game between Wests Tigers and Gold Coast.

Just one week before (not taking time difference into account), your correspondent had been making his way down to the media conference after an unremarkable NRL clash between Gold Coast and Canberra at Skilled Park.

The next day it was Brookvale for Manly-Canterbury, then Newcastle by road for Knights-Brisbane. A flight late last Tuesday took him from Williamtown to Brisbane, another to Hong Kong and finally onto London.

Saturday’s Wigan-Leeds clash was my fifth Cup final but my first at the redeveloped stadium. This was the fifth Challenge Cup decider since the iconic venue re-opened and, thankfully – considering the trouble I’d gone to – the best.

But the final is not about who plays in it, how entertaining it is or even who wins. Wembley is a celebration of rugby league from a standpoint we will never fully appreciate in Australia – that of being a minority sport.

Followers of all clubs migrate from the game’s heartlands in the north, wearing their colours and taking perverse pleasure in the fact that most of the London locals don’t even know what sport they represent, let alone what team.

This is rugby league as a community sport, a provincial tradition, writ large. My friend Jim Savage was taking his nephew for the first time in tangible rite of passage – the fifth generation of Savages to attend the final, he announced proudly.

By comparison, they say, soccer sends mostly savages with a small ‘s’ to its big occasions.

Wembley gives a sport that often seems to be suffocating its yearly supply of oxygen. But make no mistake, the lungs move by themselves – there is no assistance required. I can’t recall a single television camera at the post-match media conference.

Sam Tomkins, Super League’s biggest star accused of giving Leeds fans a two-fingered salute during the game, stands chatting to a radio reporter in the “mixed zone” two hours after the match.

But the Cup final can also provide a jaded Sydney-based hack, worn down by a year of pressures to produce back pages, petty squabbles and uniquely Australian personal rugby league agendas, with breathable air.

That’s what it’s done the previous four times: served as a reminderabout why we loved rugby league to start with and how its single most important constituents are its fans.

But for me, at 7.42pm on Saturday, there are still deadlines.

The early flight to make it to Campbelltown is the harbinger of much stress; stories to file for the Sydney Morning Herald and Australian Associated Press before I leave, two interviews to send back for the ABC and – if there is time – a voice package to be recorded and transmitted to introduce the chats with Michael Maguire and Danny Buderus.

This final task is performed in seat 47A just before take off. The recording is done on my iPhone and sent as a text and email message. I’m not sure which one got through – but they used it. Necessity really is the mother of invention, even when the inventions get ever more fantastic.

Even for a self-confessed displacement addict like me, whizzing through Sydney in a rental car 22 hours later (seven hours sleep between London and Hong Kong), still wearing my suit from Wembley was a surreal feeling. There are more stories to write, for Rugby League Week, when I get home.

Thirty-six hours after Wigan’s 28-18 win, the tie is till draped loosely around the collar.

And at Campbelltown, in spring weather, some of the differences between the British game and the Australasian scene are obvious.

Wests Tigers make no-one available to the electronic media before a game against a team that can’t make the finals and which is played in front of 14,378 people. The day before they appear in the game’s most prestigious occasion before 78,482, Wigan and Leeds made just about everyone available.

Wests Tigers are criticised for free-flowing play that is regarded as a necessity in the UK. There is no singing from the fans, no hymns, no chanting.

But there is honesty from coaches Tim Sheens and John Cartwright which would startle my UK colleagues.

“It’s not good enough for semi-finals,” says Sheens after a 39-10 win. “That’s three games where we’ve had poor patches.

“I just felt the guys were in second gear.”

Cartwright was asked about Wests Tigers finals prospects and answered: “The Tigers can score points if you give them possession. I still rate those other sides a little bit above them.”

He said the joint venture’s decision to eschew a penalty goal in front at 22-10 was “an insult to us ... had we kicked on, it’s the sort of thing that would have stuck in the minds of, particularly, the experienced players.”

As I return to my sideline seat after the on-field interviews, not only is my seat gone but also the possessions that were under it – including a camera with pictures from the previous week’s odyssey.

Having travelled to the other side of the world to renew my vows with the rugby league diaspora, it appears one of them has jumped the fence and cheated on me.

Then I am introduced to a security guard. He collected the camera, my sportsears, notes and Big League and handed them into the Titans, whose bench was next to mine.

I am grateful. Some 17,000 km from the start of my journey, there are still Good Samaritans around to bail out the exceedingly stupid and reckless. 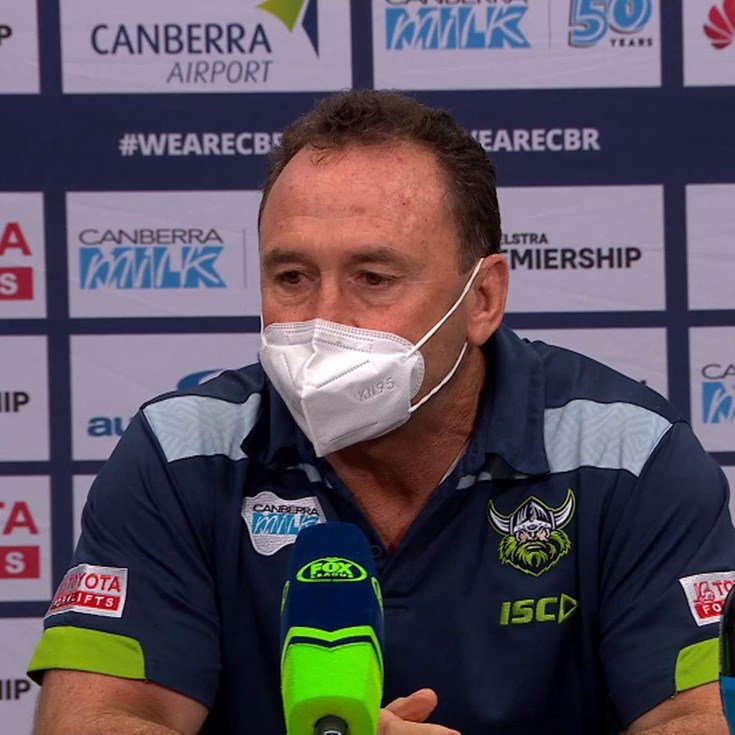