Former Kangaroo Trent Barrett predicts the dawning of a new era in international rugby league as Australia and New Zealand prepare to blood a new breed of representative players for the 2011 Four Nations tournament in the UK over the next month.

Locke has already proved his representative worth, scoring the only try for the Kiwis during his maiden Test appearance in Newcastle earlier this month when the Kangaroos took home the Bill Kelly Cup with a 42-6 victory.

“Certainly from New Zealand’s point of view you’re going to see the fruition of this tour in a few years,” Barrett told NRL.com.

“To be able to blood so many players at once in a big competition … it’s only going to strengthen their depth and they’ll be better for it in the next tournament.”

Another debutant who has so far proved to be one of the most valuable additions to this year’s Kangaroos squad is Newcastle Knights sensation Akuila Uate.

He scored a double during his Test debut in Newcastle, along with team-mates Darius Boyd and Chris Lawrence.

“We are blooding some new players in Cherry-Evans and those sorts of guys so I think it’s a good move by Australia to start to bring those blokes into the fold,” Barrett said.

“We’ve got a terrific team; we’ve got a lot of experience with (Darren) Lockyer, (Cameron) Smith, (Johnathan) Thurston and (Paul) Gallen … (then) you throw in some young blokes like Chris Lawrence, who was terrific in the first test.”

Barrett was a part of the 2000 World Cup where Australia defeated New Zealand in the final to claim their sixth consecutive World Cup title, and in 2001 he came face-to-face with current English captain Jamie Peacock and forward Kevin Sinfield in the Tri-Nations tournament.

“I have played a lot of footy against both of them; they are both very good players and very experienced,” he said.

“They are going to have strong forward pack but they also have some young players in there at the moment, like Sam Tomkins and his brother Joel.

“They are both terrific players and played at Wigan and in last year’s winning Super League Grand Final.

“Halfback Gareth Widdop will bring experience from Melbourne, and teaming up with Sam Tomkins or whoever else they have over there is going to be pretty exciting for them.”

Barrett also played against Welsh captain Lee Briers and says Wales are a side not to be overlooked.

“They will be the underdog no doubt. I remember a game, it was in 2000 in the World Cup and they led us 12- or 13-nil at half-time I think, and that was a bit of a wakeup call and Lee Briers played particularly well.

“He’s a very skilful player; he’ll be their leader. He’s been around for a long time now. You can’t relax against Briersy, he’s pretty unpredictable.”

The Kangaroos will run out onto Halliwell Jones Stadium, Warrington on Saturday (Oct 29, 6am AEDT), to take on the Kiwis in the opening Four Nations Test for 2011.

Barrett predicted a closer contest between the sides this time around, but said Tim Sheens's Australians should take another victory.

“I don’t think Tim Sheens will let us be complacent,” Barrett said.

“The Kiwis are always a very good side and even though, as I said before, we did beat them pretty convincingly last week, there won’t be as many points in it.” 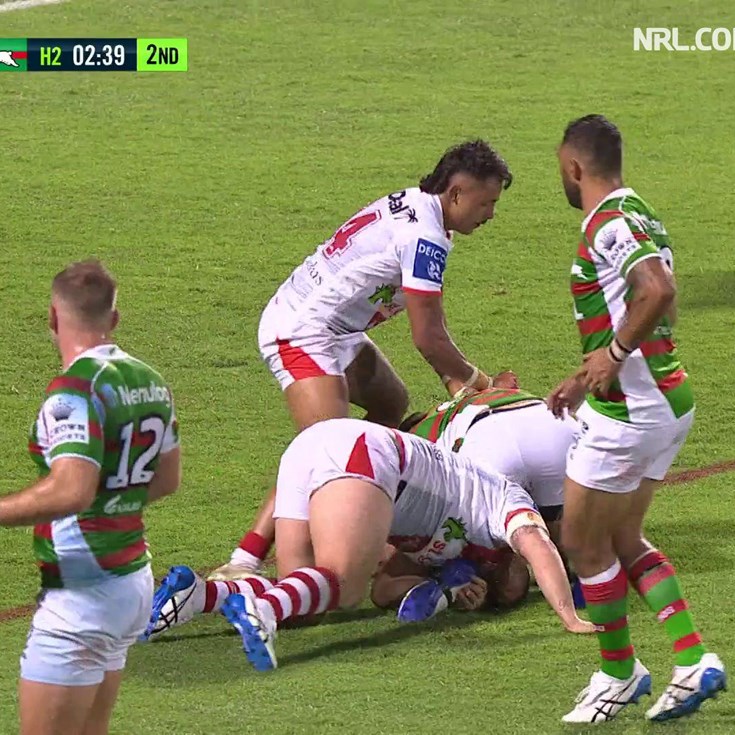