Injury concerns Michael Lichaa, Dylan Walker and Issac Luke have been named this week while a few other big guns return as the NRL Fantasy head-to-head finals heat up.

Pick your NRL Fantasy lineup for this week

Cowboys: Matt Scott returns to the pack after being rested last week. Superstar halfback Johnathan Thurston scored yet another 60 last week, and Fantasy headache Ethan Lowe hit another 38 – which is his average score in his past three games. Lowe still averages a touch over 48 for the season so is probably a hold if you're very low on trades, but if this week is a do-or-die week for your team Lowe could be somebody worth upgrading.

Rabbitohs: Kyle Turner is back in the starting side in place of the suspended Glenn Stewart, while Nathan Brown joins the bench at the expense of Chris Grevsmuhl. There are three extra names on the bench, on standby for injury concerns Dylan Walker, Issac Luke and Tom Burgess. Keep an eye on the late mail before locking those players in or out of your team on Thursday night (and yes, don't forget this game takes place on Thursday). Adam Reynolds is back to scoring 50+ on a regular basis.

Broncos: Dale Copley replaces the suspended Justin Hodges at centre, Lachlan Maranta is in on the wing and Adam Blair is back from suspension up front. Corey Parker is the second-most popular Fantasy captaincy option right now (behind Paul Gallen) and he showed why with a 76-point effort (including a try) last week.

Dragons: Benji Marshall has been named despite picking up a hamstring injury on the weekend, but Will Matthews (shoulder) is out with Nathan Green joining the backline, and Eto Nabuli and Mark Ioane added to an extended bench. Mitch Rein (87) was sensational last weekend but keep in mind he did take on a larger playmaker role after Marshall left the field in the first half. Trent Merrin was terrific off the bench with 69 points in about 55 minutes and is a good buy at $377,000, while Josh Dugan remains among the best options in the outside backs.

Wests Tigers: Brenden Santi is added to the bench in this week's only change. Robbie Farah still isn't back to his old high-scoring ways, but Aaron Woods got his groove back with 66 on the weekend and James Tedesco is averaging a massive 73.3 from his past three games and is pretty much a must-have at fullback.

Knights: A few changes for the struggling Knights this week, with Jake Mamo at fullback, Kurt Gidley moving to the halves, Adam Clydsdale starting at hooker and Kade Snowden returning after missing last week with concussion. Snowden's really the only player you should be considering from this side, although Dane Gagai is worth holding if you've already got him.

Panthers: David Simmons replaces Waqa Blake on the wing while Bryce Cartwright returns to the starting side this week. James Segeyaro has been excellent recently if you're in the hunt for a new hooker, while Elijah Taylor had a quiet week with 39 tackles but just 38 Fantasy points.

Warriors: Manu Vatuvei is out with a shoulder injury, while Ryan Hoffman and Konrad Hurrell return from injuries in a reshuffled Warriors side. Ben Matulino has copped a three-match ban for a shoulder charge, while Bodene Thompson remains on the injured list for another week. Most notably for Fantasy coaches, Hoffman's return means Simon Mannering reverts back from the second row to lock – which should mean a higher tackle count this week after a quiet Round 22 performance.

Roosters: Mitchell Pearce is back at halfback, with Jackson Hastings dropping back to the bench. Sio Siua Taukeiaho holds his position at lock after bumping Mitchell Aubusson to the interchange before kick-off last week. Roger Tuivasa-Sheck is not slowing down with a hat-trick against the Knights on Sunday. James Maloney scored a season-high 78 on the weekend but with Pearce back in the side Maloney is likely to share more of the playmaking duties this week.

Raiders: Edrick Lee is back from suspension, while Joey Leilua has copped a one-match ban himself. Shaun Fensom played 80 minutes with Iosia Soliola now out for the season and is once again one of the top-class guns in NRL Fantasy. Don't be too sucked in by monster scores from Josh Hodgson (71) and Shannon Boyd (70) last weekend.

Sea Eagles: Josh Starling starts at prop with Willie Mason out for two weeks over a shoulder charge, and Ligi Sao is back from injury on the bench. Jake Trbojevic (75) was brilliant up front last week but won't score two tries too often. Daly Cherry-Evans has been a little bit quiet of late but with Manly in winning touch a bumper score won't be too far off for DCE.

Bulldogs: Greg Eastwood is back form suspension at lock, and Michael Lichaa has been named despite fears he could be out with a knee injury. The Bulldogs' nine-day break between games means Lichaa is a good chance of playing, saving about 23,000 Fantasy coaches a trade. Josh Jackson is playing the full 80 minutes these days and smashed 77 last week, while props Aiden Tolman (78, including a try) and James Graham (64) were both terrific in Round 22.

Titans: Beau Falloon and Eddy Pettybourne replace Kierran Moseley and Lachlan Burr in the side, while Nate Myles is out again with a nagging shoulder injury. As I've said before, the Titans aren't a very Fantasy-relevant side this season.

Sharks: Sam Tagataese is out with a one-week suspension, with Matt Prior starting at lock, while Luke Lewis is back from a knee injury in the second row. Wade Graham is averaging 65 in his past five games which puts him up there with Fantasy's very best, while Paul Gallen is the most popular captain in Fantasy right now and for good reason. Jack Bird is doing the 47,233 Fantasy coaches who still have him in their team proud as well with a strong 57 last week.

Storm: Felise Kaufusi replaces the suspended Nelson Asofa-Solomona in the only change. Cameron Smith is scoring steady 60s as usual while Cooper Cronk seems to be back to his old self with two 70+ scores in the last month. Unfortunately for Tohu Harris owners looking for some more flexibility, Harris was switched from the centres back to the forward pack before the Storm's game on the weekend, meaning he still needs to play one more game at centre to become a dual-position player in Fantasy. 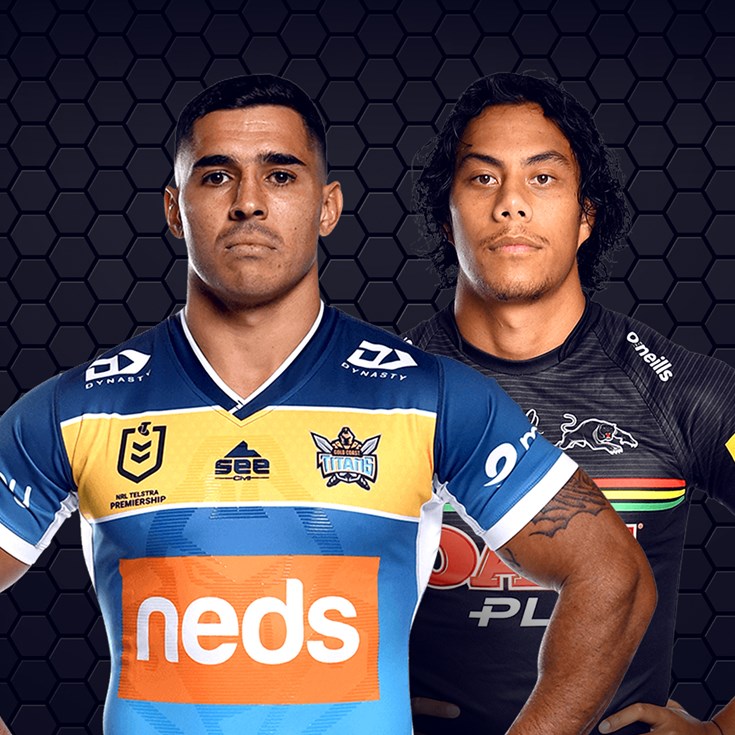