It took until the end of the weekend but it was the Bulldogs who well and truly stole the show in Round 16 with their first game back at Belmore Sportsground in 17 years. The Bulldogs sprinting out the blocks and the Storm had no answers to Des Hasler's inspired men. An unsung Panther grabbed a few headlines of his own as veteran winger David Simmons racked up his 100th NRL try in a four-try haul against the Wests Tigers. The Sharks ended the Cowboys' 11-game winning streak though they did it without having to come up against Johnathan Thurston. Meanwhile a brave 15-man Knights outfit did their best to hold out the Broncos, but ran out of puff when it mattered.

NRL Telstra Premiership ladder after Round 16: 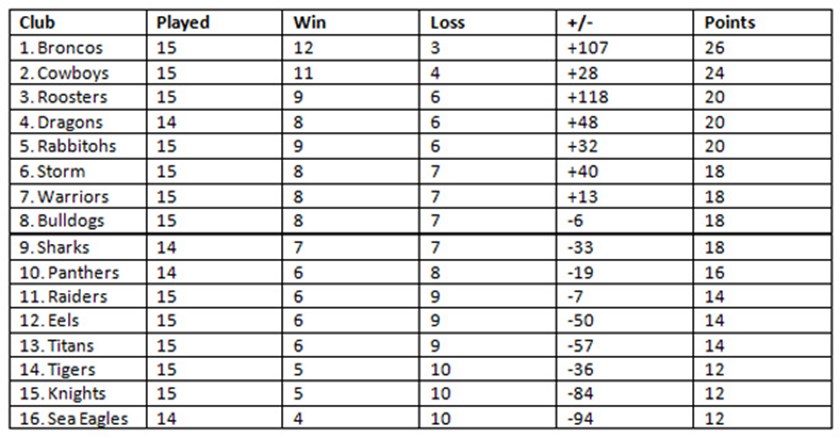