His NRL rookie season is still prominent in his rear-view mirror but Titans half Ashley Taylor says he will have no hesitation over-calling Johnathan Thurston when the pair line up together in the Indigenous All Stars halves in February.

Taylor was one of five Titans selected to take part in the All Stars game in Newcastle on February 10 with Ryan James and Nathan Peats alongside him in the Indigenous team and Jarryd Hayne and Konrad Hurrell selected for the World All Stars.

Taylor's father Randall is a Kamilaroi man and his mother Karen from the Mandandanji tribe and the 21-year-old intends to use the week in camp as a way to further not only his football education but his cultural understandings.

In terms of advancing himself as an elite NRL playmaker there can be few better lessons than spending a week shadowing arguably the game's greatest player of the current era and Taylor intends to take full advantage.

But while he will be soaking up all the advice Thurston has to offer in the lead-up, he says when it comes to game-day he will have no hesitation in taking control if he thinks that's what is best for the team.

"There are going to be times where he's most likely going to get the ball over me but if it's on my side obviously you have to call it.

"You can't just let it go down the drain because he's over-riding your calls.

"I'm sure he'll be telling me to back myself too because that's the biggest thing, playing with that confidence."

One of the emerging young playmakers tipped to succeed Thurston when he relinquishes his place in the Queensland Origin team, Taylor says he is most eager to gain an understanding of how Thurston controls a game.

"The thing most would just be sitting back and listening to the way that he does control a game," said Taylor, the 2016 NRL Rookie of the Year who will be making his Indigenous All Stars debut.

"Obviously I'm going to have to be one of those halves with him so I'm just going to listen to him early in the week and take it all on board and hopefully put it all together on the field."

Although it will be his first time in All Stars camp it won't be the first time Taylor has appeared on the All Stars billing.

He was a member of the Queensland Murri under-16s that played the curtain-raiser to the main game in 2011 but is already preparing for some friendly fire when he runs out at Newcastle.

He has back-up in the form of James and Peats from the Titans ranks but says that the 'Tongan torpedo' Konrad Hurrell is already zeroing in on his young shoulders.

"There's a little bit of banter there," Taylor admitted of the five All Stars in the Titans squad.

"Me and Koni were on the same edge last year so I'm telling him to make sure he runs straight at me because I'm going to hit him.

"He's been telling me that he's going to hurt me before I play so I'd better look out for him.

"He'll get lazy towards the back-end of the halves and that's when I'll take him on.

"It's something very special [to be voted in by the fans] and I want to make sure I give back and play the best I can when the game comes around." 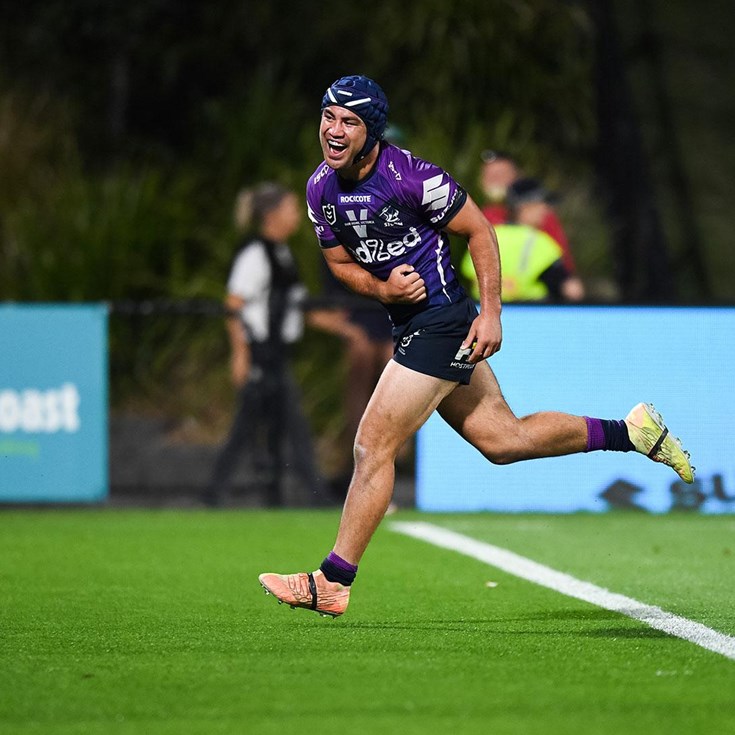 Presented By Sportsbet 29 mins ago