Dylan Napa's recollections of his Origin debut are sketchy at best.

Brought in to add size and aggression in the absence of Matt Scott in Game One, the Roosters firebrand was thrust into the furnace created at 'The Cauldron' and came off after his first stint of 22 minutes wondering what the hell had just happened.

But with three further debutants amongst the Maroons forwards for Game Two and a fellow 'one-game veteran' in Gavin Cooper the 24-year-old will be asked to provide some kind of guidance as he and Jarrod Wallace form the most inexperienced Queensland front row in 20 years.

Not since Neil Tierney and Craig Smith were selected for the Maroons for the first time in Game One of the 1997 series have Queensland relied on such green monsters in the middle with Cooper, Tim Glasby and Coen Hess playing the grand total of one Origin between them.

Before running out onto Suncorp Stadium in Game One Napa was given a piece of advice from injured Maroons veteran Scott, advice he will be sharing with fellow starting front-rower Wallace in particular.

"I feel like I've come in a little bit more relaxed but in saying that, I'm going to tell him to use the nerves and the fire," Napa said.

"That's what you need out there. Matt Scott told me before I ran out not to shy away from it. It's intense and you have to step up.

"It's what you dream of when you are a little kid, to play out there. It's scary and nerve-wracking but very enjoyable.

"There's nothing better than being on the big stage and testing yourself out.

"I can't even remember how many carries I had or how many tackles or what the score was.

The sudden transformation of the Queensland forward rotation came at the expense of Sam Thaiday, Nate Myles, Aidan Guerra and Jacob Lillyman, all of whom will now be considering whether this is the end of their Origin careers.

Myles tried to prepare Napa for what was to come in the series opener but as it has a want to do Origin managed to succeed all expectations yet again.

"I know what to expect now. Going into Game One I had the highest expectations and it exceeded all of them," said Napa.

"I feel more relaxed and very excited. I love nothing more than the big stage and putting my body on the line for my brothers in Maroon."

Wallace's trip to Sydney on Tuesday night to face the NRL judiciary put something of a speed bump in the preparation for his Origin debut but the Titans prop has taken everything in his stride since the 'not guilty' verdict was reached.

He knows the nerves will kick in as Origin II looms but believes spending time in camp as 18th man prior to Game One helped him to put the uncertainty of his availability behind him.

"It definitely helped me coming into this week," Wallace said if his experiences prior to Game One.

"Obviously the excitement now after knowing that I can play it definitely helped. Not getting overwhelmed by everything.

"It would have been a bit tougher too coming into camp and not knowing if I was actually going to play or not which was hard as it was.

"Coming into that first camp is definitely going to help me this week."

Queensland coach Kevin Walters was openly critical of his forwards being unable to match the power of the Blues' pack in Game One and Napa said it was well deserved, challenging those who have been named for Game Two t prove their worth in the jersey.

"It's a man's game. If you don't toughen up, you shouldn't be in the sport and probably shouldn't get picked in the side," said Napa.

"We've got a job to do and we'll be doing our best preparation to do it.

"Origin has been the same for however many years I've watched it. It is a physical battle and we feel like we've got a pack that can combat that." 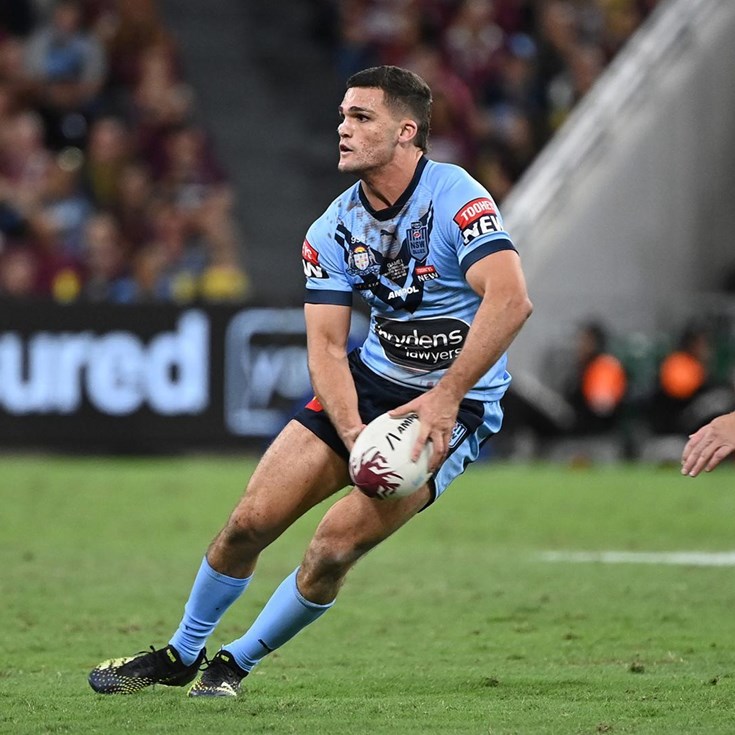