On this day, Michael Jennings ran 109m for a try, Paul Sironen was born, while Mark Coyne scores arguably the most iconic Origin four-pointer.

Harry Eden is born in Kogarah, NSW. Eden played with the Dragons, Roosters and Rabbitohs and still holds the record for most tries by a prop (11) in a single season. He was the uncle of former NRL player Mike Eden and passed away in 2006 aged 63.

Queensland draws first blood in the 1989 Winfield State of Origin series with a 36-6 hammering of the Blues at Lang Park. It is the biggest win in Origin history. Queensland prop Martin Bella wins the man of the match award.

Paul Carter was born in Penrith. The son of former Panthers star Steve Carter, Paul played with the Titans, Rabbitohs and Roosters before his career stalled in 2017 due primarily to a string of off-field incidents.

A try, described by the Sydney Morning Herald as “the try from hell” to Maroons replacement Mark Coyne robs NSW of victory in the State of Origin opener at the Sydney Football Stadium. Leading 12-4 with five minutes to play, the Blues are beaten 16-12 by a gallant Queensland.

Coyne scores match-winner in game one of 94

Coyne played the ball on that last play but backed up another 70 metres up the field and held his position on the right wing to collect the final pass from Meninga, scramble through the attempted tackles of Fittler, Stuart and Elias to score what Warren iconically describes as "that’s not a try, that’s a miracle".

The opening State of Origin clash at Melbourne’s Etihad Stadium ends in a firestorm of controversy when video referee Sean Hampstead awards Queensland centre Greg Inglis a contentious try that helps lift the Maroons to an 18-10 victory. 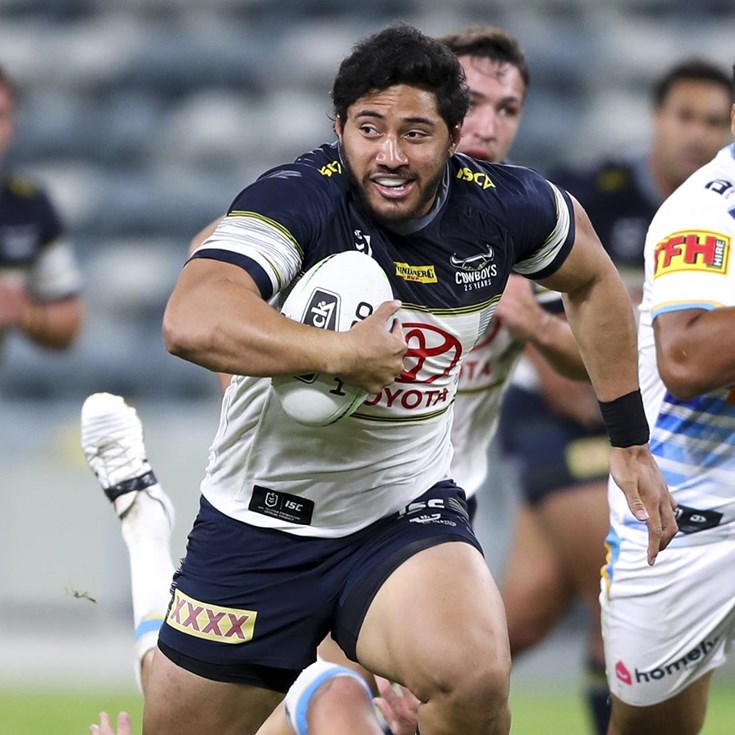