No one is more disappointed in Josh Reynolds’ contribution to the Wests Tigers than the man himself.

However, speaking for the first time since being told he is free to find a new club, Reynolds admits he understands the Tigers’ decision to show him the door.

"In a weird way I knew it was coming," Reynolds told NRL.com when asked about his conversation with coach Michael Maguire.

"But to actually hear it from Madge’s mouth was pretty tough. More to the fact because I just haven’t been able to prove myself at this club. I know a lot of people will be frustrated with the input I have had at this club, and rightly so, but there’s no one more frustrated than myself.

"This club gave me an opportunity to set up my life post footy with the deal they gave me, and all I wanted to do was repay them with consistent footy and help build a winning culture like the club I had been at previously. Unfortunately it just hasn’t panned out that way."

As revealed by NRL.com on Wednesday night, the Tigers have granted Reynolds permission to negotiate with rival clubs after club legend Benji Marshall indicated he would likely play on for another season.

Reynolds still has two-and-a-bit years to run on his contract with the Tigers and has every right to remain at the club on a lucrative deal.

However he’s indicated he will help free up salary cap space for the club and look for a new home in 2020.

The Bulldogs have struggled in the halves since his departure at the end of 2017, going through several playmakers under Dean Pay.

Reynolds’s energy and commitment is just what the Bulldogs need, especially as they look rebuild their roster.

The 30-year-old’s love for his old club hasn’t wavered and he would love nothing more than to return to Belmore, but understands the club still has Kieran Foran, Jack Cogger, Brandon Wakeham and Lachlan Lewis on the books.

"Canterbury will always be home, regardless of which jersey I’m wearing," he said

"They did so much for me when I was a junior, and I’ll never forget that. The reality is, I never wanted to leave in the first place. You saw how emotional I was when I left.

"One of the proudest moments of my career was hearing 'Reynolds' being chanted by thousands of fans at Belmore. You never forget those moments. I grew up in the area, my mum still lives there and I drive past there every morning. It’s a place I’ll always hold close to my heart.

"I’m not going to lie, in a perfect world I get to finish my career where it all started because I’ve seen how much it means to Robbie [Farah] and Benji and they are having the time of their lives. But there’s also a part of me that’s a realist, and I know that if I want to play in the NRL again, I might have to wear another jersey."

Reynolds has been dogged by injury during his stint at the Tigers, limited to just nine games in two seasons.

The reality is, I never wanted to leave in the first place.

He’s also found himself in the Canterbury Cup ranks behind Marshall, but the former NSW Origin series winner has tried to see the positives in every situation.

"I’m not going to lie, there are times when you question why you have to play reserve grade," he said.

"But when I go home and sit down and think about it, I realise there’s no shame in playing second fiddle to Benji Marshall – a guy who will go down as one of the greatest five-eighths to ever play the game.

"As a rugby league fan it’s great to see him back where he belongs, and unfortunately I’m the one who had to make way for that to happen.

"Am I angry? No. Am I frustrated? No. Do I still feel like I have a lot more to give in my NRL career, yes. If anything this is the hungriest I have ever been to prove to no one but myself that I’ve still got what it takes.

"I still have a contract here. And whether I'm playing for the Magpies or the Tigers, my mentality and commitment won't change."

Reynolds has nothing but admiration for the Tigers. He hasn’t kicked stones despite his demotion to the second-tier competition and was willing to bide his time trying to get back in the NRL.

However he realises it’s in the club’s best interest – and his own – for him to try and move on.

"I never once asked to leave the club, because I signed a deal and I owed it to them to see that out as loyalty means the world to me. But if the club feels it’s in their best interest for me to move on, then who am I just to stay here for the wrong reasons.

"It’s well documented that I’m on a decent contract, but that hasn’t given me the happiness that I want.

"What I want is to be happy because I’m playing regular NRL and contributing the way I still believe I can. Ever since I’ve been a kid I’ve looked forward to the weekend to be able to run out on to the field and have fun with my mates and that hasn’t changed. Nine games in two years, that’s killed me."

St Helens have added further intrigue around the future of Justin Holbrook by placing a deadline on the coach to accept the contract extension they’ve put on the table.

NRL.com understands Holbrook has until the end of July to take up the Super League club’s offer, with St Helens desperate to keep him despite being linked to the Gold Coast Titans and Canterbury Bulldogs.

However, the timing could leave Holbrook with a tough decision to make, as it appears unlikely the Titans will complete their extensive interview process in the next 13 days.

While Holbrook comes highly recommended, Titans hierarchy are adamant they want to go through the proper process and speak with several candidates before making a decision.

A lot was made of the Mal Meninga-led review that ultimately led to then end of coach Garth Brennan’s tenure, however it’s interesting to note Brennan was never interviewed as part of the club’s six-week review.

Some say he was always meant to be the last person to be interviewed, however the relationship between coach and club diminished in his final weeks to the point where he wasn’t consulted on recruitment and retention matters.

Brennan also exchanged some choice words with hooker Nathan Peats in the weeks leading up to his departure.

At the end of last season, the Eels showed Michael Jennings the door. He faced the likelihood of playing reserve grade if he stuck around.

However, a dramatic change in attitude over the off-season, which has culminated in an improved performance, is expected to result in the Eels centre being rewarded with a one-year deal.

Jennings is off contract at the end of this year, and while his new deal will be nowhere near as financially lucrative as his last, it’s a just reward for the renewed outlook and purpose he has shown since returning to training with in the pre-season.

The Eels are also expected to meet Origin prop Christian Welch in the next week or so about the prospect of him joining Parramatta next season.

It’s understood Welch originally asked to take up an option to stay at the Storm when he believed he’d suffered a torn ACL, however it appears the Storm have granted him permission to explore other options after he found out the injury was only minor.

There’s been plenty of talk around James Maloney’s future and whether he remains at the Panthers next season or heads over to the Super League.

As it stands, Maloney has another year to run on his contract and the Panthers have met with him to discuss his future.

Penrith have told him that they want to keep him, but also will support him if he wants to take his family overseas.

At the start of the year, it looked as though Penrith may need to squeeze him out of the club given they were close to $1 million over the cap in 2020.

The departures of Dallin Watene-Zelezniak and Waqa Blake in the past month means the Panthers can afford to keep Maloney.

Chee Kam, who was handed a 12-month good behaviour bond, was successful with his appeal and left with no conviction recorded.

It marks a good couple of months for Chee Kam, who recently extended his contract at the Tigers and also scored the match-winning tries against Brisbane and South Sydney.

Speaking of the Tigers, former Roosters football manager Adam Hartigan has begun his tenure at the club replacing Kelly Egan as the club’s general manager of football.

Hartigan, who was highly regarded by Trent Robinson, started with the Tigers on Wednesday.

Benji Marshall received plenty of love and support from the rugby league fraternity before his 300th game last week.

But there was a moment during the week which once again highlighted just how much he has matured and learnt to think of those around him.

Prior to arriving at Leichhardt Oval last Wednesday morning for NRL.com's tribute video, which Marshall at the time believed was just for a quick interview, the Tigers superstar messaged this columnist asking if any of the staff wanted a coffee.

He came with a handful of coffees in a tray and handed them out to the cameramen and producers on set. All class.

Knights stars given days off

Newcastle coach Nathan Brown is making sure he gets the best out of his Origin players in the closing rounds of the year.

The Knights gave their representative stars a few days off this week to ensure they aren’t burnt out as they approach the run to the finals. 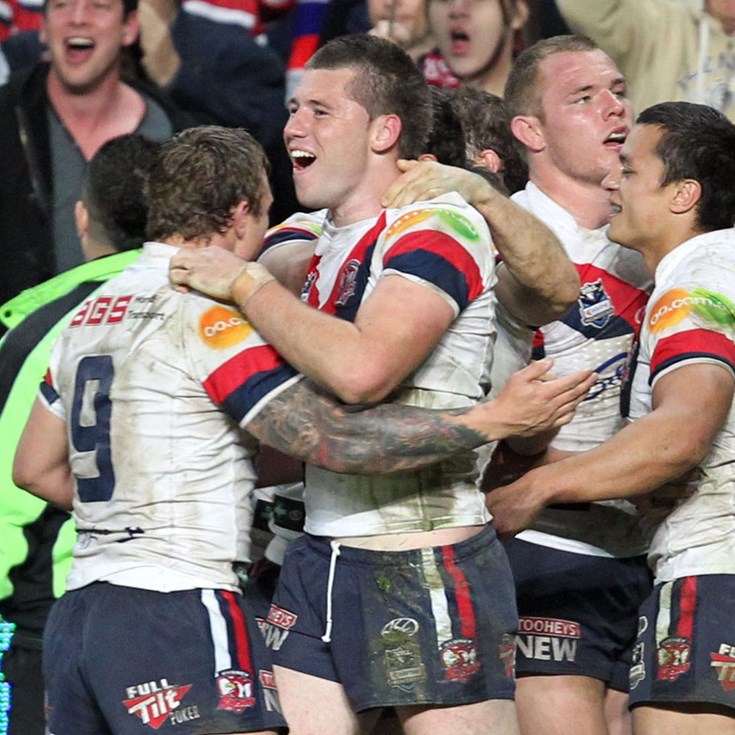 Payten reflects with pride on 'special' time with Warriors

Maguire adamant Reynolds, Packer will be Wests Tigers in 2021