The old sporting cliché of taking one week at a time could not be more pertinent for Knights forwards Mitch Barnett and Lachlan Fitzgibbon right now.

In the face of a storm of uncertainty amid the coronavirus crisis, it is business as usual for Newcastle’s back-rowers as they prepare to play Wests Tigers at an empty Leichhardt Oval next Sunday.

“Personally I don’t take too much notice. We get paid to play footy so that’s all we’re focusing on at the moment,” Barnett told reporters in Newcastle on Monday after he and his team-mates were updated by the club’s medical and football staff.

“I can’t speak for everyone else but that’s my focus. As far as I’m concerned, if I was to get something like that, it’s just a flu to me and I just have to hang by myself, so footy’s my main focus.”

Making 36 and 34 tackles respectively, Barnett and Fitzgibbon played leading roles in Newcastle’s physical dominance of the Warriors in their 20-0 shut-out at McDonald Jones Stadium last Saturday.

Barnett made an impact on both sides of the ball, running 15 times for 121 metres, and Fitzgibbon set an early standard defensively with a rib-rattling hit on Lachlan Burr in the sixth minute.

Fitzgibbon said he and his team-mates were able to block out external distractions in the build-up to the game against the Warriors, were “pumped” to start the season with an emphatic win, and would again narrow their focus on Wests Tigers this week.

“You want to play every week, especially after a good win last week, and I think everyone’s ready to go again and hopefully get a few more wins so everyone’s excited more than anything,” Fitzgibbon said.

Unlike Storm skipper Cameron Smith, who advocated the temporary suspension of the Telstra Premiership to take stock, Fitzgibbon was keen to continue playing for as long as possible.

“Look, Cameron’s entitled to his opinion, but as players at the Knights, we just want to play footy,” Fitzgibbon said.

“We’ll follow the NRL’s guidelines and what they have to say. We’ll take it day by day and hopefully play out the remaining games of football and see this through.”

Barnett said he had not spent much time considering any long-term ramifications on his financial security if the Telstra Premiership was suspended for an extended period.

“If that day comes, we’ll address it then, but like I said before, the main focus is just playing this week against the Tigers,” Barnett said.

“We don’t know what tomorrow can bring, so we’re focusing on what we can control at the moment and that’s this weekend against the Tigers.”

“To be honest, I haven’t even thought about it. Again, it’s cliché but I’m taking it one day at a time, week by week, and I haven’t looked too deep into it,” Fitzgibbon said.

“As footballers, that’s all we do: prepare each week, week by week. You play a game, you review, you move on to the next week. As far as we’re looking, we’re looking at Tigers this Sunday at Leichhardt and that’s about it.”

As for playing in front of no spectators on Sunday, after 10,239 fans braved wet and windy conditions in Newcastle last Saturday, Barnett said: “It’s no different for us.”

Every try from Round 1

“We’ve got to go out there and play 80 minutes of footy. That’s our main focus and we’re just taking it day by day – whatever happens happens, and we can’t control it,” Barnett said.

“There were a lot of positives to take out of the weekend. The zero scoreline was the main thing we’re taking out of it, and we’re looking forward to the rest of the year.

“It was a good performance by the boys defensively but there’s still plenty to work on. We’re not getting ahead of ourselves and we’re just focused on the Tigers this week.” 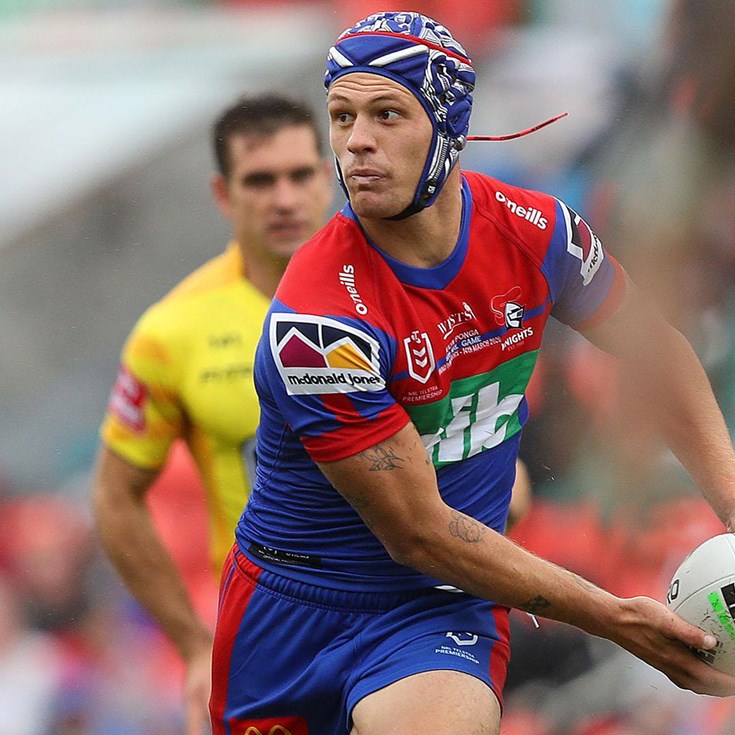