After two weeks the 2020 Telstra Premiership ladder has a slightly unfamiliar feel and it doesn't get any easier for tipsters in round three with the surprise packets under pressure to keep it up and struggling heavyweights to turn things around.

The undefeated second-placed Newcastle Knights get the chance to prove they are for real against Cronulla while the Sea Eagles and Roosters will be looking to re-establish themselves as top eight contenders.

There are a number of enticing clashes starting with the Rabbitohs v Roosters derby on Friday night followed by Storm-Panthers and Cowboys-Eels on Saturday evening.

If you haven't already signed up for NRL Tipping get in now. All you need to start or join a league to take on family, friends, workmates or the experts is a free NRL account.

To help you get your tips done early, take a look at who the experts at NRL.com are tipping and read Brett Kimmorley's previews.

Brett Kimmorley says: The Raiders have shown us in the first two weeks how good they are following on from last year’s competition. Jack Wighton’s still on fire, Josh Hodgson is showing his importance, and George Williams has settled nicely into that halfback role. I think they’ll win comfortably. The Dragons have shown their ability to score points but also an inability to defend when they’re under pressure. I don’t see them being good enough to grind out a win in Canberra. The Raiders look like a team that’s going be right up there at the top end of the competition again. Raiders by 14

Brett Kimmorley says: Two great defensive efforts by Manly against the Storm and the reigning premiers. It hasn’t taken long for Tom Trbojevic to get rid of any cobwebs from not playing any games in the off-season. Both Trbojevic boys have been unbelievable and Dale Cherry-Evans’ ability to own the field and kick that clutch field goal was enormous. The Warriors have obviously got a few distractions to contend with and they look a bit sluggish. They look off the pace and have no real forwards that can create some momentum, and apart from RTS they lack a bit of spark in attack. They’ll have a tough year for a number of reasons. Manly by 10.

Brett Kimmorley says: This should be a good clash if history is any guide. Latrell Mitchell is under a bit of pressure to play well and we’ll probably only know what position he plays when the game kicks off. One of the things lacking for Souths this year is their go-forward. There’s some good signs in other parts of their game but losing a couple of Burgess boys and John Sutton has been huge for them and they’re probably still coming to terms with that change. The Roosters played really well for two weeks but they’ve paid the price for a few lapses. They’ll get Josh Morris joining them and he’s a huge inclusion. I still rate him as the best defensive centre in the game. Roosters by 6.

Brett Kimmorley says: If Cronulla play with the same attitude and intensity, and stay in the fight like they did against Melbourne last week, they can certainly win this game. Melbourne are the best in the competition at grinding out victories, and for 75 minutes Cronulla had them beaten, but they need to cut out those critical errors at the end of the game. The Knights’ middle forwards have been very good for them and Cronulla have to win that battle if they’re going to win the game. I look forward to the battle of the two No.9s, Blayke v Jayden for the first time ever. Mitchell Pearce has been very good and Cronulla need Townsend or Johnson to stand up and win that halves battle. Sharks by 2.

Brett Kimmorley says: This is the game of the round. Nathan Cleary is demanding results and Api Koriosau has been a sensational buy for Penrith with his creativity around dummy-half. Penrith will have the physicality to challenge Melbourne and this will be a good test to see if they can win the arm-wrestle on Melbourne’s home ground and be a true side for 2020. Melbourne got out of trouble last week because they always believe they can win and they don’t panic. They’re confident they’ll wear the opposition out eventually and Cameron Smith is so calm. This is the hardest game to pick and an upset wouldn’t surprise me, but I think Melbourne just get up. Storm by 4.

Brett Kimmorley says: The Cowboys have shown promise and I think they’ve got some more improvement in them. Getting Josh McGuire back last week was a significant boost, and I think Val Holmes will take a number of weeks to become the player we think he will become. He hasn’t played rugby league since 2018 so we have to be patient, but he showed some good touches last week. Parramatta were extremely rusty in round one and still looked a bit rusty in the first half in round two. They’re expected to be a top four side and they have to handle that pressure. Mitch Moses was very good against the Titans but losing Reed Mahoney presents a potential drama if they can’t fill that position. If you’re a good side then this is where you show you can bring in people and keep winning. Eels by 6.

Brett Kimmorley says: Michael Maguire will be looking for a better performance from his side and he’ll roast a few players during the week. The Tigers let themselves down with poor discipline and poor attitudes, and they were lethargic in the simple areas of the game. They had a bit more spark when Billy Walters moved to the halves and Harry Grant will provide some creativity at dummy-half. The Tigers probably have the ability to score at least 20 points pretty regularly, but I don’t know if the Dogs have the ability to score more than 10 or 15 too often. It’ll be a grinding affair and the Dogs will be in the fight, but I just need to see a bit more creativity and second-phase football from them before I tip them. Tigers by 2.

Brett Kimmorley says: We’ve seen nothing in the first two weeks to think the Titans’ defensive abilities have improved. They made some pretty soft choices at critical times when they needed to make some tougher decisions and stand up and defend their try line. They made far too many errors coming off their own line and put themselves under a lot of pressure. They made it a little contest for a while and got blown away in the end. The Broncos have got some of the best individual players in the competition – some of their forwards are absolute freaks. Brodie Croft will be an interesting loss because the Croft-Turpin combination is the best combination for them as a team, but they’ll be too good for the Titans because the Titans don’t like defending, and it’s a pretty important part of the game. Broncos by 8. 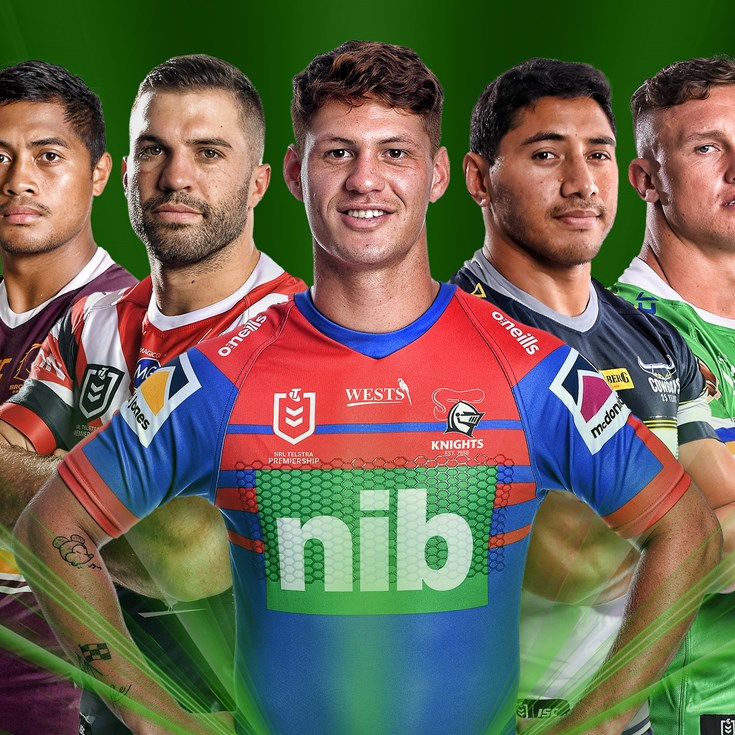 NRL Tipping: Round 1 - see what the experts are saying