They've won a World Cup together and helped the Jillaroos maintain their status as the best women's rugby league team in the world.

But on Saturday afternoon, Brad Donald's partnership with Ali Brigginshaw at the national level will be placed on hold as the Warriors coach plots the downfall of the game's leading playmaker for the first time in their careers.

Brigginshaw admits to being nervous ahead of the round one NRLW showdown between the Broncos and Donald's newly-formed Warriors outfit at GIO Stadium on Saturday.

Like the days of Michael Hagan coaching against Andrew Johns, Ivan Cleary coaching against son Nathan, or Craig Bellamy taking charge of NSW against Cameron Smith in Origin, some scenarios are just too close for comfort.

"That's probably what I'm most nervous about I think," Brigginshaw told NRL.com.

"Brad knows me very well and it will be interesting to see what he does with his team surrounding me.

"We had a chat about it when it came to him taking on the Warriors job and we're all trying to be better.

"For him as a coach, it's a different challenge, and for me as a player it's a unique opportunity.

"We all train to be better and this is one way to do it."

Donald said he understood why Brigginshaw would be nervous but believed it was an opportunity to gain a different insight into Australia's best athletes.

Donald took on the Warriors gig alongside Jillaroos strength and conditioning coach Simon Buxton last month with the pair drawing up a list of positives and negatives before accepting the roles.

Hale to the chief

"One positive we spoke about was being able to exploit the weaknesses of the Jillaroos players because we know them inside out," he said.

"It gives us a different perspective into how they play. It's certainly going to benefit the player and us.

"I understand why Ali's nervous. They're the benchmark team and have been for the last couple of years.

"To get the hardest team in the competition first, because of their continuity and success, is going to give us an opportunity to have a crack at that team, do well and move forward over the next couple of weeks.

"It will set the standard for the rest of the campaign."

Equally, Brigginshaw insists she'll know what sort of Warriors side to prepare for.

"They'll come out as a team and try to use that group mentality to win their games," she said.

"There's no doubt each week they'll get better. Sometimes those teams can win but if we play that up-tempo style we should be right." 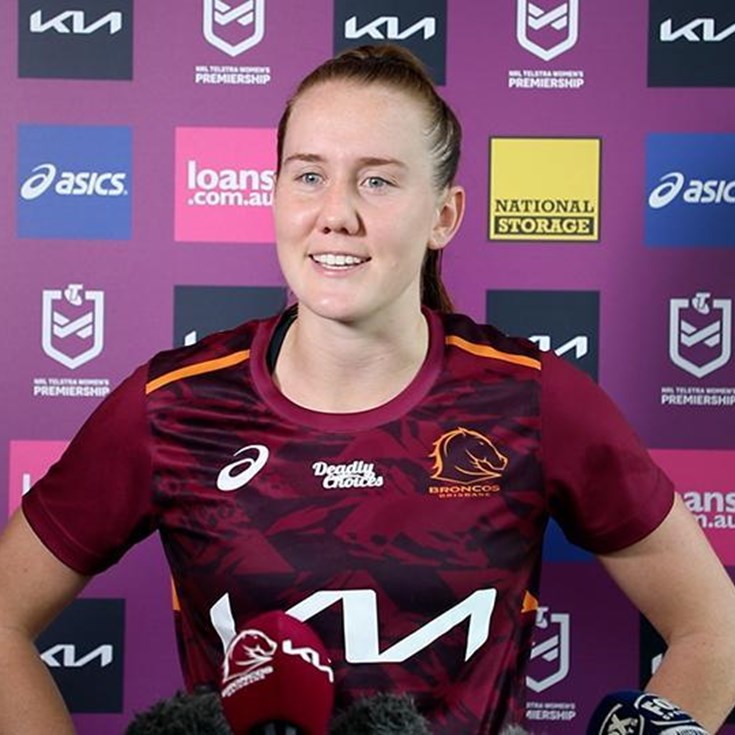