Bio proudly brought to you by Cowboys Leagues Club

Originally from Murgon, Cooper came north to start his professional rugby league career in 2003 and played 18 games for the Cowboys in the 2006 season before heading to the Gold Coast Titans for their inaugural year.

He played 36 times for the Coast across two seasons and then made 40 appearances for Penrith in 2009 and 2010 before returning to North Queensland on a two-year contract as an accomplished back-rower.

He was rewarded with the Cowboys’ Club Person of the Year award for his on and off-field work in 2011 and had amassed 166 NRL appearances by the end of the 2013 season.

Cooper received his first senior representative call-up when he played for the Prime Minister’s XIII in their 50-10 win against Papua New Guinea in September 2013. He was also a member of the Kangaroos’ World Cup training squad.

After captaining the Cowboys to NRL Auckland Nines glory in early 2014, Cooper’s season was rolling along nicely until round 10 when, just one game short of playing 100 matches for the Cowboys, he suffered a painful dislocated hip against the Roosters.

The injury kept him out until round 21 against the Titans – an impressive return match that saw him score a try and run for a season-high 155 metres.

He was chosen in the Kangaroos’ train-on squad for the second straight season at the end of 2014, although this time he missed out on Prime Minister’s XIII selection.

Cooper played in all but one of the Cowboys’ 28 games in 2015 as the Cowboys created history en route to a maiden NRL premiership. A highlight during that golden year was a seven-minute hat-trick of tries in the Cowboys’ amazing come-from-behind win over the Eels in Round 13.

Now one of the elder statesmen of the team, Cooper entered the 2016 season a 10-year NRL veteran and a key member of coach Paul Green’s leadership group.

Turning in yet another high-quality season, Cooper received a long-talked-about State of Origin call-up in the third game of the 2016 series, which the Maroons had already won.

Cooper returned to club duties and helped the Cowboys to a preliminary final showdown against eventual premiers the Cronulla Sharks.

As it turned out, the Cowboys’ 2017 campaign was to be a watershed moment in Cooper’s decorated NRL career.

With season-ending injuries to co-captains Matt Scott (Round 2) and Johnathan Thurston (Origin II), Cooper took over as stand-alone skipper. The laconic, self-deprecating back-rower proved himself an inspirational and fearless leader, rallying an understrength team all the way to a second NRL grand final in three seasons.

While the Cowboys were well beaten by a clinical Melbourne Storm outfit in the decider, the Cowboys were Cooper’s team in 2017. The proud Queenslander also regained his Origin jersey in Game II after being overlooked in the series opener as the Maroons clinched the series 2-1.

Cooper also agreed to new terms with the club, signing a two-year extension until the end of the 2019 season.

Gavin Cooper has long been considered one of the best try scoring forwards of his generation, after his feats in 2018 he may have a claim to be considered the best.

The 33-year-old’s 13 tries were the most of any forward in the competition and trailed only winger Kyle Feldt’s 14 for the most at the Cowboys.

Cooper was again a model of consistency for the Cowboys, missing just one game throughout the season – the Round 13 victory over Manly due to his State of Origin commitments.

He retained his position in the Queensland State of Origin side and played all three matches in the Maroons 2-1 series loss to NSW.

Heading into the final season a two-year contract extension, Cooper needs to play 16 games in 2019 to reach 300 in the NRL. 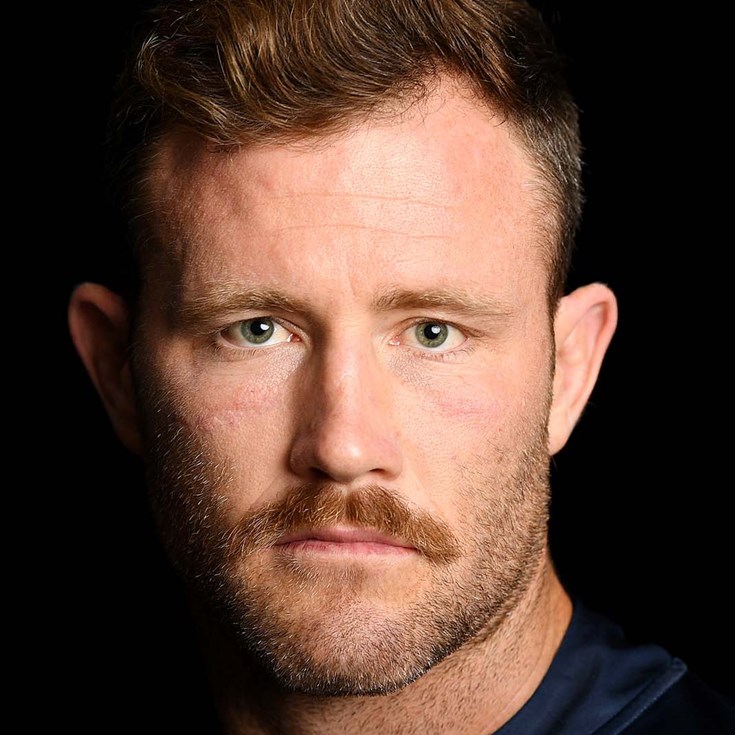 Cooper goes in for Cowboys