Playing as a junior for Brighton Seagulls, to then playing representative for Perth Pirates S.G Ball, Waka Blake was spotted and signed by the Penrith Panthers in 2012. The powerful centre made his NRL debut with the Panthers in 2015 against the North Queensland Cowboys and has since scored 43 tries in 113 first grade appearances, finishing 2018 as the leading try scorer for his Club. The Parramatta Eels signed centre Blake on a four-and-half year contract , commencing in the final week of June 2019 and concluding at the end of the 2023 NRL Telstra Premiership season. In 2019, Blake made his Eels Club debut against the Warriors, finishing the season with two tries in his nine games in the Blue & Gold. In 2015 Blake was selected for NSW City Origin squad and made his international debut for Fiji in 2017. Blake is one of the Eels’ fastest players, he clocked 36.1km/h in the 2020 NRL finals series.

Bet you watch this put down twice 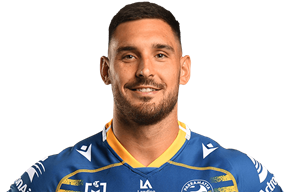 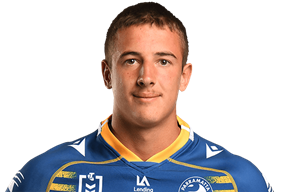