'Iggy' returned home on a two-year contract with the Vodafone Warriors in 2018. A 2011 NYC premiership winner with the Vodafone Junior Warriors, he rejoined his first NRL club after making 54 appearances for the Gold Coast Titans from 2015-2017.

He quickly established himself as a front-line player in 2018 as the Vodafone Warriors reached the NRL finals for the first time since 2011. Appearing in 23 of the club's 25 matches (and starting in all of them), he averaged 40 minutes, 101 metres, 38 post contact metres and 22 tackles a game. In the final regular season match against Canberra he made 177 metres from 13 runs.

By the end of the season, Paasi had also won selection in the Kiwis' 24-man squad for the one-off Test against Australia and the three-match series in England although he didn't make an appearance during the campaign.

He has been almost ever-present for the Vodafone Warriors in 2019, missing just one match in a campaign in which he made his 100th NRL career appearance in the home encounter with South Sydney. He has averaged 100 metres and 28 tackles a game this season.

'Iggy' distinguished himself off the field with his involvement in community activities. These earned him a nomination as the club's representative for the Ken Stephen Medal. In August he had his hair - which he had been growing for four years - cut off in support of the Shave for a Cure cancer charity.

He was outstanding at the 2016 NRL Auckland Nines at Eden Park when he helped the Titans to the semi-finals and was named in the team of the tournament. It was the precursor to an impressive NRL campaign when he scored five tries while averaging 11 runs and 105 metres a game as well as 20 tackles a game. His key statistics were similar in his disrupted 2017 season.

A Mangere East Hawks junior, Paasi attended Keebra Park State High School on the Gold Coast before joining the Vodafone Warriors. In his only NYC season in 2011, he played 21 games and was used off the bench in the 31-30 golden point grand final win over the North Queensland Cowboys. He went on to play for the Vulcans (2012-2013) and the Vodafone Warriors (2014) in the New South Wales Cup (now the Intrust Super Premiership) before being signed by the Titans.

Paasi and his partner Chloe welcomed the arrival of their fourth son during the 2018 campaign. Knox Titus Malachi Pakieto-Paasi was born on April 27. 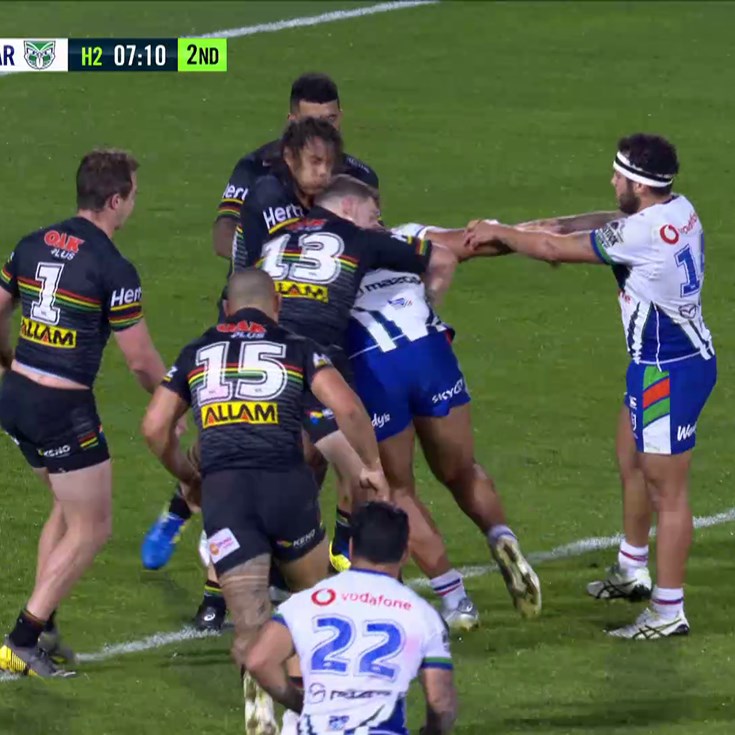 Paasi says Warriors owe it to their fans to aim up