Born in New Zealand, Asu “AJ” Kepaoa played his junior football with the Roosters before earning a spot in the Tricolours’ squad at the Perth Nines earlier this year, having previously featured in their World Cup Challenge squad.

Capable of playing any position in the backline, Kepaoa crossed for five tries in 14 games for the North Sydney Bears in last season’s Canterbury Cup competition, and joins the club on a long-term deal in a bid to take the next step in his career.

Kepaoa is signed through at Wests Tigers until the end of the 2023 season. 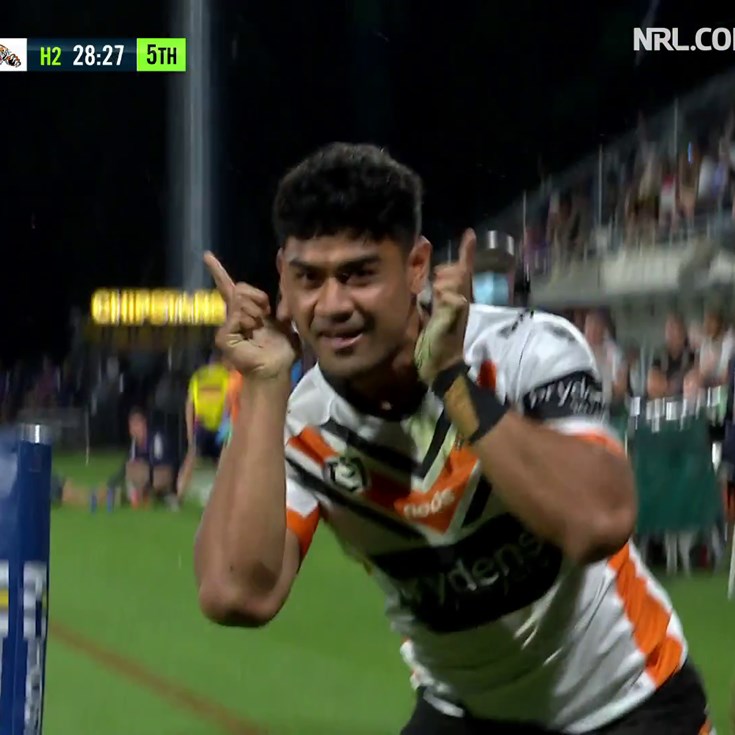 Marshall rifles a pass to Kepaoa

SBW keen on Roosters but Wolfpack contract may scupper return