A local junior of the club, Chris Lawrence made his first-grade debut for Wests Tigers at just 17 years and 283 days — making him the youngest player to debut for Wests Tigers. Lawrence played at centre and starred in his side’s upset win over the Brisbane Broncos at Suncorp Stadium in Round 21 of the 2006 season, and has been a regular of the side since that day.

A potent try-scorer, Lawrence would make his international debut for Australia at the 2010 Four Nations, scoring on debut against New Zealand. He would remain with the international set-up in 2011 as well, with six appearances for the green and gold.

Injuries started to cause havoc for the local junior the following year, with a serious hip injury followed by hamstring problems in 2013.

Pushing through and making a full-time move to the back row, Lawrence captained Wests Tigers for the first time in 2014 alongside Aaron Woods when regular captain Robbie Farah was ruled out with injury. He would remain a regular in the side, co-captaining a number of matches again in 2015 with Woods and Farah committed to the State of Origin side.

Lawrence would return to the representative arena himself in 2016, captaining City to a win over Country Origin in Tamworth.

In 2017, Lawrence became just the fourth player to play 200 NRL games for Wests Tigers — helping the side to an upset win over the North Queensland Cowboys in Townsville. He would cap off a superb season by being inducted as a Life Member of the club alongside 2005 Premiership Winner Dene Halatau, becoming just the sixth Life Member of the club.

With the arrival of Coach Ivan Cleary along with a host of new players, Lawrence was named one of five co-captains of Wests Tigers in 2018. He would break Benji Marshall’s record to become the club’s all-time top try-scorer with a try against the Melbourne Storm in Round 5, before going on to score seven tries in total that year — the most in a single season since 2010.

He also would finish equal second in the club’s Kelly-Barnes Award voting behind Luke Brooks, tying with Corey Thompson.

Entering the 2019 season on 227 games, Lawrence would suffer serious facial injuries in a training mishap ahead of the club's opening trial match — leaving him sidelined for the opening few months of the season.

After an extensive rehabilitation process, Lawrence would make his return from injury in Round 13 and go on to feature in every game after that — taking his career tally to 240 games for the club.

A fantastic ambassador for the club both on and off the field with strong commitments in the community space, Lawrence is currently the third most capped player of all time for Wests Tigers behind Benji Marshall (241 games) and Robbie Farah (277 games).

He is signed through at Wests Tigers until the end of the 2020 season. 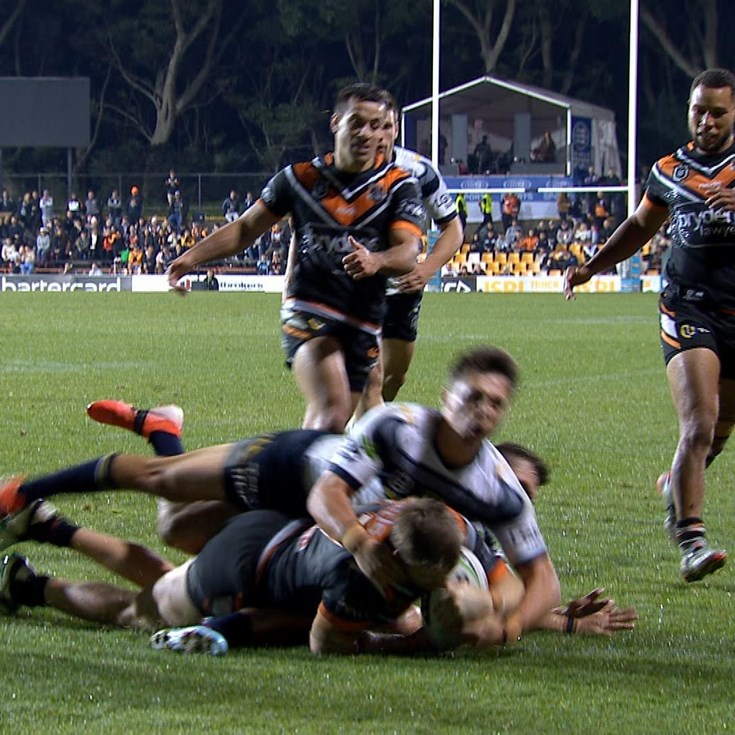 Lawrence on track to return soon for Wests Tigers 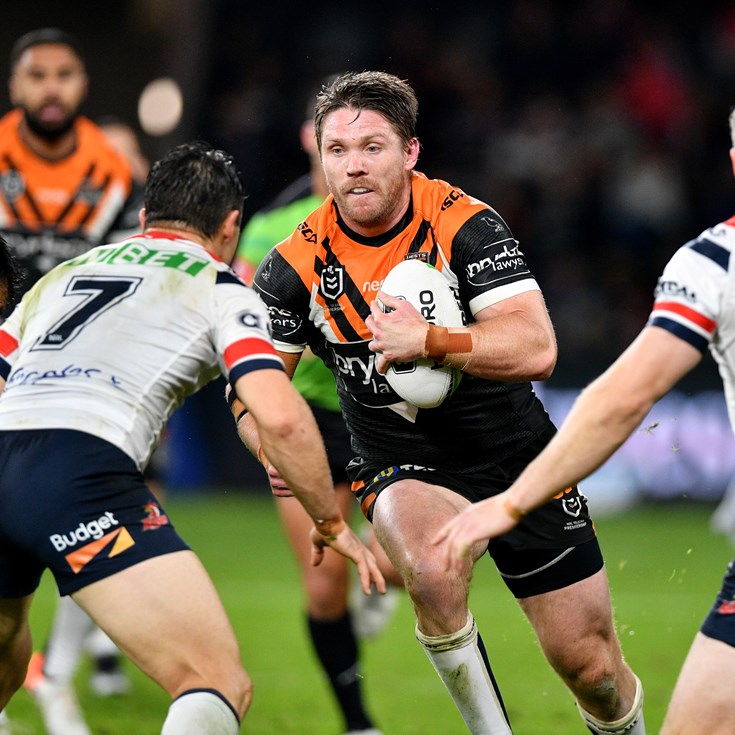 Lawrence to weigh up future after ruling out Super League move