A rugby union junior, Elijah Taylor made the switch over to rugby league as a teenager when he joined the New Zealand Warriors Toyota Cup side in 2008 — featuring heavily throughout the first two seasons of the competition.

As captain of the side in 2009, Taylor continued to impress and was named to make his first-grade debut but was cruelly robbed of the chance when he picked up a hamstring injury at training the day before. He would captain the side's U/20's side to victory in the 2010 Grand Final over South Sydney, scoring two tries in the win.

Taylor would eventually make his first-grade debut in Round 4 of the 2011 season. He would remain a regular in the Warriors side that year, including the Grand Final against the Manly-Warringah Sea Eagles where he started the match in the second row and scored a try in the Warriors' 24-10 defeat. The versatile forward would cap off a superb individual season when he was selected to make his international debut for New Zealand against Wales in the Four Nations.

Taylor remained a focal part of both the Warriors and New Zealand sides throughout the next few seasons, before linking up with Ivan Cleary at Penrith in 2014.

His first season at the foot of the mountain was hampered by injury (including an ACL tear that saw him miss the ANZAC Test and Four Nations), and despite reaching 100 NRL games in 2015, was again finding himself on the wrong end of injuries.

Out of the Panthers' first-grade team under then coach Anthony Griffin, Taylor made the switch to Wests Tigers midway through the 2016 season and soon recaptured the form that he had shown for many years — taking on the role of co-captain in a 2017 season that saw him finish as the team's leading tackler and named as the club's Player of the Year.

Taylor would make his long awaited return to the black jumper of the Kiwis in the 2017 Rugby League World Cup, playing in his side's thumping win over Scotland.

A co-captain in 2018, Taylor would again impress and reached his 150th NRL game during the season, finishing the year with a team high 782 tackles from his 18 games, while his 2019 season saw the veteran forward post his best metres-per-game numbers since 2014.

Taylor is signed through at Wests Tigers until the end of the 2020 season. 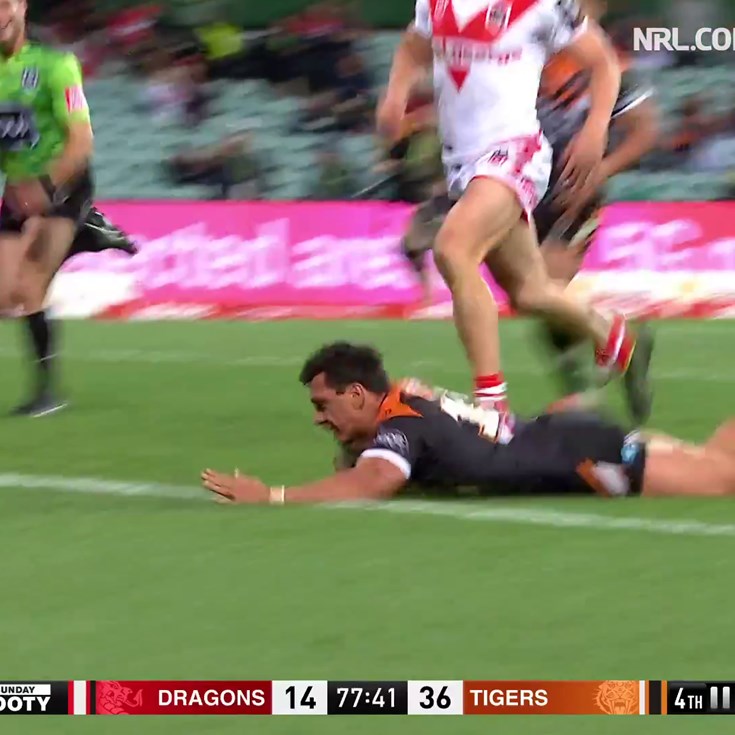 Reynolds sparks try up the middle for Taylor

Taylor wary of Warriors' back five

Try of the Week: Round 24 results