A standout in the South Sydney U/20's side, James Roberts made his first-grade debut in 2011 and went on to score five tries in his rookie season as a teenager. Joining Penrith in 2013 and Gold Coast in 2014, Roberts would continue to showcase his attacking prowess and soon earned representative selection with appearances for City Origin (2015), Indigenous All Stars (2016, 19-20) and NSW State of Origin (2018). After strong stints at Brisbane (2016-19) and South Sydney (2019-20), Roberts joined Wests Tigers for the start of the 2021 season and is signed through until the end of the 2022 season.

Roberts turns it on to provide for Walker

Bennett not ready to risk Roberts against Warriors 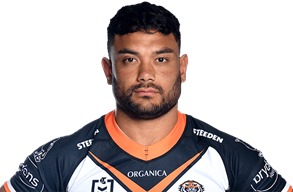 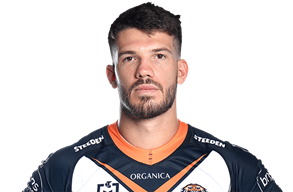