Aloiai began his rugby league career in New Zealand with the Glenora Bears before moving to Australia, where he signed with the Parramatta Eels. Playing for the Eels' Holden Cup side, Aloiai impressed greatly to earn selection in the 2014 Junior Kiwis squad before suffering a hip injury in 2015 that hampered his progress at the club.

Moving to Wests Tigers to try ignite his career again, Aloiai made his first-grade debut in Round 1 of the 2016 season and went on to feature in every game that year — becoming the first player in club history to play every game in their rookie season. He finished the season with two tries, over 1500 metres and 400 tackles to his name, despite having his hand broken midway through the season.

Aloiai suffered a broken jaw in pre-season heading in to the 2017 season, and a fractured patella during the season as well that limited the powerful forward to just 15 appearances. However, his talents were impressing the club's coaching staff — earning him a contract extension.

Having withdrawn from Italy's squad for the 2017 Rugby League World Cup, Aloiai made his international debut for Samoa in the 2018 Pacific Test match against Tonga and would again feature for his heritage nation against Papua New Guinea in 2019.

The powerful forward chalked up 16 and 17 NRL appearances respectively in that time as he battled through minor hand injuries to pass the 50-game mark and establish himself as a vital cog in the Wests Tigers engine room.

Re-signing with the club during 2019, Aloiai is now signed through at Wests Tigers until the end of the 2021 season. 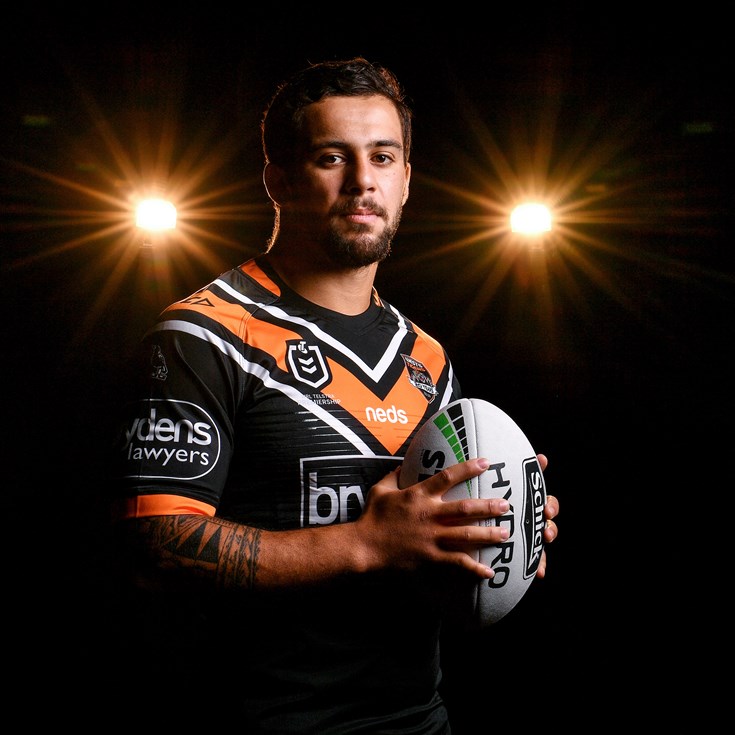