Reece Hoffman joins Wests Tigers in 2020 as part of a three-year contract that will see the talented youngster feature in the Development squad for the first two seasons before progressing to the full-time squad in 2022.

A powerful young centre who could also play wing, Hoffman starred for the Queensland U/18's side in their win over New South Wales and even earned himself a call-up to the Wynnum-Manly Intrust Super Cup side in the latter rounds of the season. In his reserve-grade debut, the teenager didn't look out of place at all — ending the game with 111 metres and a try in a quality performance.

Having trained superbly through the competition shut-down period, Hoffman would be rewarded for his hard work when he was named to make his debut against the South Sydney Rabbitohs in Round 9 — scoring a try in his first game.

Hoffman is signed through at Wests Tigers until the end of the 2022 season. 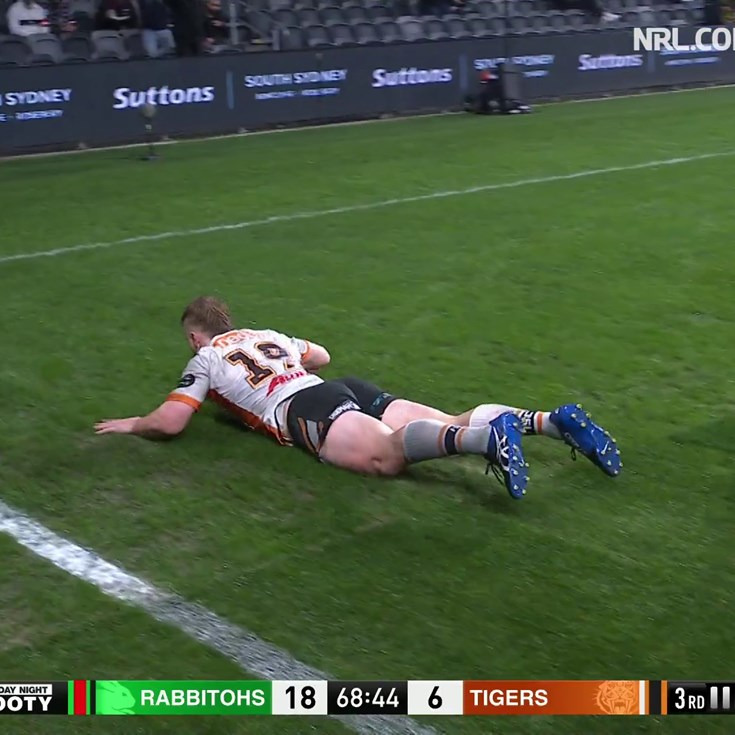 Welcome to the NRL, Reece Hoffman

Mbye, Brooks and company to face review after Rabbitohs raid