Sam McIntyre joined Wests Tigers in 2018 from the Newcastle Knights as a teenager, arriving as part of the club's new Development Squad.

A standout junior footballer capable of playing in either the back row or centres, McIntyre began the year in the club's Jersey Flegg side before stepping up to Intrust Super Premiership — helping Brett Hodgson's men reach the finals series with a number of impressive performances.

Joining the full-time squad in 2019, McIntyre was a regular for the club's Intrust Super Premiership side — playing 21 games for Western Suburbs throughout the year with three tries, over 600 tackles and just shy of 2,000 metres.

After a strong start to the year as part of the club's 2020 Perth Nines campaign, McIntyre is signed through at Wests Tigers until the end of the 2020 season. 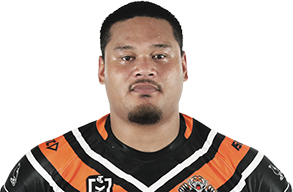