Mal Meninga's endless list of records and achievements stands as a testament to the strength and perseverance he displayed over a magnificent 17-year career in top level football.

The former police cadet burst onto the scene with Souths in Brisbane in 1978 and was a Queensland representative the following season and in the Australian team soon after his 22nd birthday.

And he achieved much of this after he withstood the pain and frustration of four broken arms during the 1987–88 seasons.

Meninga recovered from the setbacks as a more mature and more consistent player.

''The true test of a champion is not just what he does as an individual,'' said Bob Fulton of Meninga. ''It's what he does for the players around him''.

Meninga was renowned for charges through the defence as he captained Canberra to three premierships.

Perhaps his most memorable performance came at Old Trafford in 1990, when he helped Australia to salvage the Ashes with a barnstorming try in the final minutes of the second Test.

“The qualities of a champion are pride, discipline and character to fight back. Mal has continually shown them all.”

Meninga hits out at critics of Slater winning series award 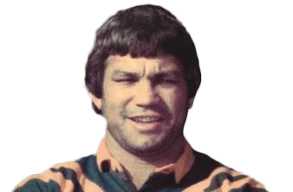