THIS game looms as the crunch test for the Cowboys in their push up the ladder in season 2009. Currently sitting in fifth place on 18 points, just four points off the premiership lead, a win over the table-topping Bulldogs in Sydney would shore up their title credentials. A loss, however, and they will feel the pack nipping at their heels, with even the 11th-placed Warriors just three points adrift heading into this crucial post-Origin round.

The Bulldogs continue their stellar season that has seen them transformed from a hapless outfit devoid of motivation into a hungry, united squad with untapped talent.

Last week they did what all good premiership aspirants must do at some time or another: they won ugly. Despite being out-enthused by the Panthers early, they clicked into gear late in the first half to grind out an important 19-12 win.

Granted, their opposition was minus a host of stars due to Origin and injury but complacency is something that can sink a premiership bid and the Bulldogs are showing that’s not about to happen to them.

On the injury front, they’ve lost teen mountain Jamal Idris for six weeks with a horror elbow dislocation (he’s been replaced at centre by the talented Daryl Millard), while Queensland Origin star Ben Hannant is sidelined with a medial ligament tear in his knee.

The good news is NSW rep Josh Morris is expected to play.

The Cowboys showed good resolve to claw back from a 10-point deficit at home to the Roosters last week and get the competition points but will need to jump out of the gates a lot quicker here if they are to match motors with the ’Dogs.

They will be desperate for Johnathan Thurston and Willie Tonga to back up after Queensland’s Origin win, having lost Blues rep Luke O’Donnell to a knee injury.

Watch out Bulldogs: Cowboys props Matt Scott and Shane Tronc are the unsung heroes of the Cowboys’ surge up the ladder. The pairing has been damaging all season and both rank highly in the involvement stakes: Scott ranks seventh for total territory won with 1691 metres at an average gain of 121 metres a game, while Tronc follows closely in ninth position with 1656 metres (118 metres a game). Sandwiched between the pair is Petero Civoniceva. Enough said.

Watch out Cowboys: Kicking anywhere near Bulldogs fullback Luke Patten can be extremely dangerous. The veteran no.1 is in career-best form, averaging 143 metres a game and ranking second behind only Kurt Gidley for total territory made.

Winger Bryson Goodwin has proved a valuable member of the wing; his try against the Panthers last week rocketing him to NRL leading tryscorer with 12. But he’s more than just a good “finisher” – he’s a creative offloader (three last week) and prolific metre-eater (183 last week). He’ll need to be watched too.

After a quiet but solid game last week, compared with his freakish game against the Broncos in Round 14, five-eighth Ben Roberts will be looking to get more return for his involvement.

Where it will be won: If the Cowboys are to win their halves need to be at their defensive best, shutting down Brett Kimmorley and Ben Roberts before the playmakers can get the ball flowing out wide.

Thurston and five-eighth Travis Burns are among the best in the comp at effecting one-on-one tackles – Burns tops the NRL with 43 while Thurston ranks third with 38. While those stats are impressive Thurston is also guilty of more than his fair share of misses so expect the Bulldogs heavy artillery to target him in an attempt to wear him out.

The History: Played 24; Bulldogs 15, Cowboys 9. Despite holding an overall winning advantage the Bulldogs have been on the receiving end of losses in six of the past eight clashes, including losing the past four straight. And they have never beaten the Cowboys at ANZ Stadium (two losses).

Conclusion: There are two outstanding positional battles in this game: halfbacks Brett Kimmorley versus Johnathan Thurston; and hookers Michael Ennis versus Aaron Payne.

Kimmorley got the Bulldogs back on track last week with a dummy at the line that set up Goodwin’s try. It’s a trademark that he’s used to great effect on several occasions this season. His kicking game has been top notch too – he’s kicked 105 times in 13 games (finding open space a good 61 per cent of the time), with 49 tactical kicks. He’s also not afraid to try the chip-and-chase – Cowboys fullback Ty Williams won’t want to hang back too far or he could find Bulldogs trailers like Luke Patten sniffing to regather Kimmorley’s efforts.

Thurston is Thurston: capable of extreme brilliance at any time (15 line-break assists, second in comp; 14 try assists, third in comp). Shutting him down is hard because if defences rush up on him he’ll simply switch the point of the attack to the other side of the field – the ’Dogs need to go up in a line on both sides of the field to ensure they don’t create gaps.

Ennis has been a valuable contributor every week and his passion ensures the ’Dogs remain focused at all times. He’s particularly damaging directing the forwards out of dummy-half – which is also Aaron Payne’s specialty.

Payne was awesome against the Roosters last week, making six dummy-half bursts, a bunch of offloads and some line breaks. If the ’Dogs contain Payne, they’ll strangle their opponents out of the game.

All things considered, on paper it looks like a win to the ’Dogs. They are deserving favourites. But brilliant individual displays could be enough to get the Cowboys the points. 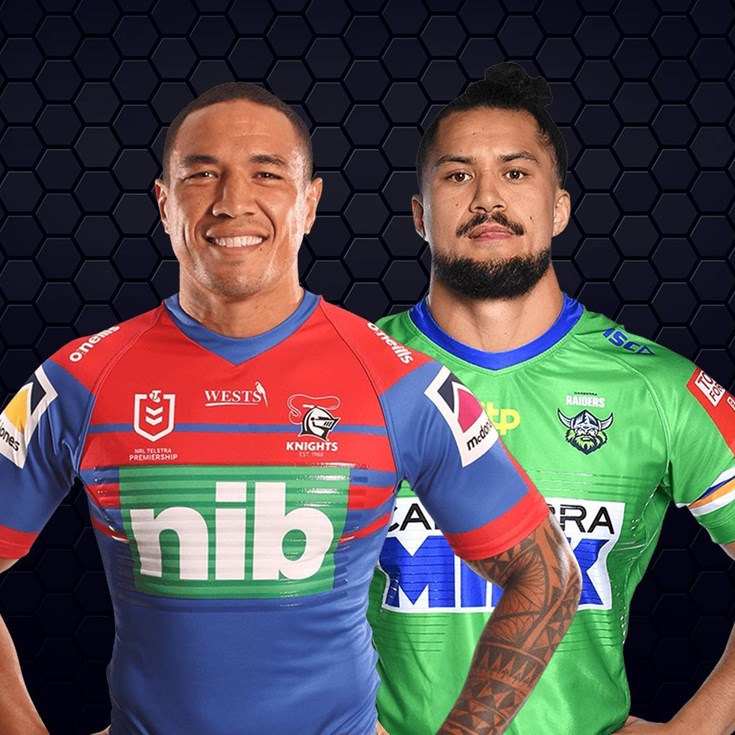