The final weeks of Brad Fittler’s term as coach of the Sydney Roosters appear destined to be dreadfully unfulfilling after the wooden-spoon favourites conjured up another heartbreaking loss for their fans this weekend.

Fittler, who will be replaced by Newcastle’s Brian Smith at the end of the season, would have felt his Roosters had done enough when the clock wound down with his charges in front with five to go.

But things haven’t quite gone to plan for the tri-colours this season and their demoralising loss to the Warriors was no exception.

Things started promisingly when the always-colourful Willie Mason latched onto an offload from fellow “bad boy” Jake Friend in the ninth minute to give the home side the early advantage.

And soon after they had raced to an 18-6 lead, largely off the back of enterprising play from the young brigade of Mitchell Pearce, Tom Symonds, Ben Jones and Sam Perrett.

Perrett has been a shining light for the Roosters all season and he was proving impossible to contain, running for 147 metres and twice splitting the Warriors open in the first half alone.

But the halftime whistle came at the wrong time, and all momentum had been lost during oranges – as evidenced by the simple try to Warriors giant Manu Vatuvei which started the second 40. Vatuvei snapped up a Stacey Jones cross-field kick and wrestled with several Roosters before eventually muscling his way over in the corner.

Little more than 10 minutes later and Vatuvei had a double, before the Pearce-Jones-Symonds combination came to the fore once more and gave the Roosters a 24-20 lead heading into the final 10 minutes.

That looked like it could have been enough, but of course this match had more twists and turns than a mountain stage of the Tour de France and the Warriors were never completely out of it.

A tear-away try to Wade McKinnon and an 80th-minute effort to veteran Stacey Jones made sure it was a double celebration for the Warriors – they not only secured two valuable competition points, but also scored more than 14 points for the first time since Round 5!

The Game Swung When… This game was never going to be won in the early stages – and as such the turning point arrived quite late.

With the Roosters on the attack Pearce put boot to ball and went for a grubber kick, searching for either a try or at the very least a repeat set to claw one step closer to victory. In a cruel blow however, Warriors fullback Wade McKinnon scooped it up and raced 90 metres – providing a ruthless palm to the chest of Perrett in the process – to score the match-defining four-pointer.

It was a kick in the teeth for Fittler and his men who had worked as diligently in the previous 75 minutes as they had all season… but a spectacular try nonetheless.

Who Was Hot… Big Manu Vatuvei turned the match on its head when he bagged a double early in the second half, and McKinnon was the match-winner, but the platform was laid up front by Sam Rapira.

Rapira led the Warriors’ pack with distinction, running for 165 metres and making 28 tackles in the absence of the concussed Steve Price.

Who Was Not… Warrior Lewis Brown has been a revelation this season in the Warriors’ forward pack, but here he had the worst game of his career.

Brown made just 46 metres off the bench and come up with three crucial errors which wrested the momentum off the Warriors.

Jacob Lillyman also struggled to make an impact for the winning side, making just 45 metres.

Meanwhile, Mitchell Aubusson was very quiet for the Roosters – with his only memorable moment coming when he tossed the ball into the crowd from a terrible pass.

Coach Fittler would also have been tearing his hair out at Shaun Kenny-Dowall’s blunder in the 19th minute that led directly to the Warriors’ first try.

Had To Be Seen To Be Believed… The lovely cut-out ball from rookie Warriors five-eighth Isaac John to Patrick Ah Van in the 32nd minute.

John – the 20-year-old rookie – is the fourth five-eighth used by the Warriors in 2009 but with one beautifully executed long ball he displayed more creative flair than any of his predecessors.

Ah Van’s try pulled the Warriors to within eight points before the halftime break, but more importantly it showed that the Warriors had width to their attack, something they’ve been lacking all season.

Refs Watch… The Roosters had no-one to blame but themselves (and perhaps Wade McKinnon) for this loss, and certainly couldn’t point any fingers at the men in pink.

NRL.com Best & Fairest… 3 points – Manu Vatuvei (Warriors): ‘The Beast’ scored two tries from typically brutish runs and was a constant threat to the Roosters out wide. Finished the game with 161 metres and five tackle breaks; 2 points – Sam Rapira (Warriors): A huge effort from the international front-rower. With captain Steve Price missing through concussion, Rapira needed to step up – and he did. Ran for 165 metres, made 28 tackles and with his leadership needed in the forwards he also managed to squeeze out 66 minutes on the field; 1 point – Tom Symonds (Roosters): Alongside Sam Perrett, Symonds was the Roosters’ best but scoring two tries gets him across the line. Broke the Warriors’ defensive line on three occasions, ran for 135 metres and did his best to secure the win with his 70th-minute try. 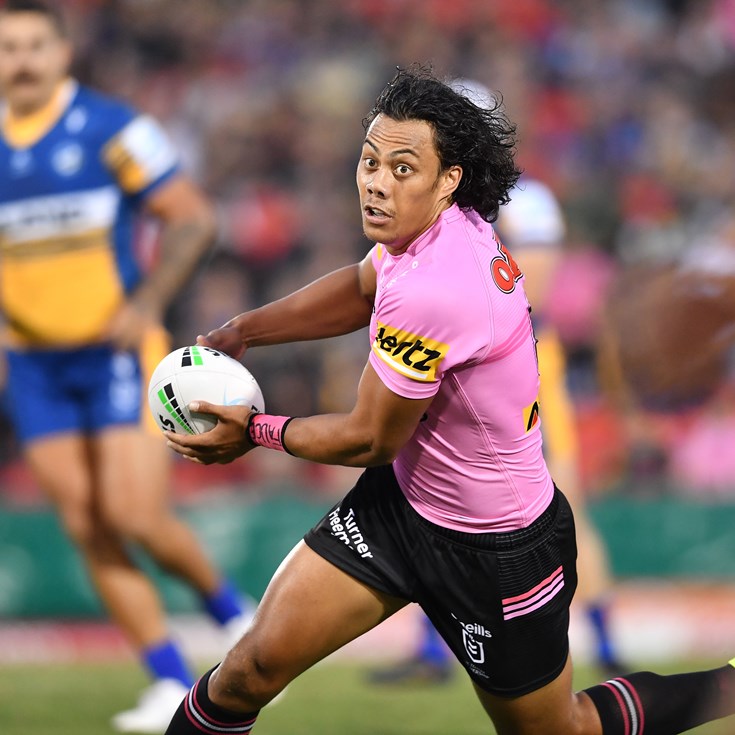