Rugby League has brought supporters and players together to showcase the passion, excitement, speed and the sense of belonging that is the Telstra Premiership in an advertising campaign which celebrates that the game makes people “feel alive.”

The ‘Voices of the Game’ campaign airs tomorrow and features real people from all walks of life expressing their connection to Rugby League, as they share the thrills and the emotional roller coaster of the game’s biggest moments on the field.

This new campaign combines the feelings of Rugby League fans and players with the inspiring skills of the game’s biggest stars, in sequences that bring to life the core values of Rugby League.

In the process it shows the many ways Rugby League touches the lives of people of all ages and backgrounds, from supporters in the stands on match day to those spread across the country following their teams.

Importantly, the campaign will develop throughout the 2010 season and will feature television advertising to showcase rounds such as Anzac Day and Women in League in the Telstra Premiership, as well as State of Origin and other major events.

“Voices of the Game uses the very real and honest sentiments of people across Rugby League to express the importance of our game in their lives,” said NRL Chief Executive Mr David Gallop.

“It celebrates everything that fans and players love about our game - its speed, its skill, its sense of community - and the excitement and feeling of being alive that Rugby League gives people.

“The campaign highlights what is at the heart of our game - the fans and the players - and looks at what Rugby League means to them.”

The diversity of the game’s appeal is reflected in the unique range of people who share their emotions through the campaign - from a rodeo clown, a sculptor, a farmer and a businessman, to the inspirational Paralympian Kurt Fearnley, Darren Lockyer and a junior league player.
“Every person in the campaign has a strong feeling about Rugby League and they represent millions of Australians from all walks of life,” NRL Director of Marketing & Commercial, Mr Paul Kind, said today.

“Importantly, this campaign draws on the core values of the game and highlights the relationship between League’s stars and the people whose lives are touched by Rugby League.

“It’s a campaign that will be integrated through a number of different marketing programs and which echoes the sense of belonging that comes through being a club member.

“Rather than choose a song to be the game’s anthem, we have gone to the actual voices of the game and I think it’s the right message for Rugby League at this time.”

Created in partnership with MJW Advertising, the campaign will launch ahead of the Telstra Premiership with a 60-second, two 30-second and three 15-second spots.

It will be adapted for showcase matches and themed rounds including State of Origin, the ANZAC Day clash between the Roosters and Dragons, Heritage Round, Glory Bound Round and Women In League. 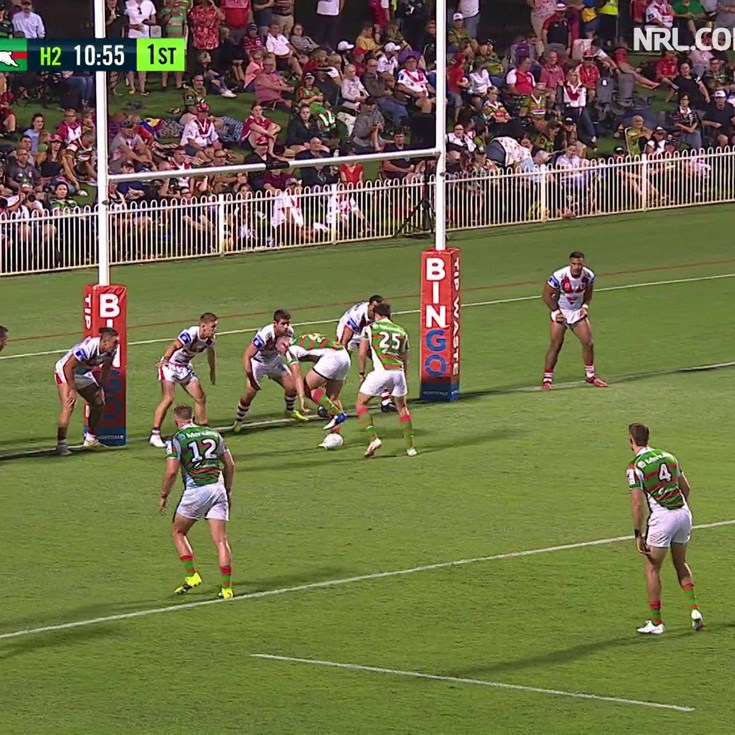