They had only been in Port Macquarie for 24 hours but City prop Keith Galloway knew it wouldn’t be long before renowned practical joker and 18th man Liam Fulton started some mischief.<br><br>“[He hasn’t] yet, but I’m sure as the week goes on he’ll get a bit more familiar with the boys and try something. I’m not usually involved though,” Galloway says, distancing himself from any potential backlash from an unsuspecting victim.&nbsp; &nbsp;<br><br>“Don’t lie Keith! You’re always f****** right behind him!” Tigers team-mate Robbie Farah yells in the background. <br><br>“Come on Robbie, watch your language, mate,” Galloway snaps back. &nbsp;<br><br>As you can see, it’s like any other week at Concord Oval for Galloway, Fulton, Farah, Chris Lawrence and Bryce Gibbs – the five Tigers players named in the City squad – the most from the one club in a representative team this weekend. <br><br>But for all the familiarity and inside jokes, it’s Fulton’s good mate Gibbs who pulls the straight face. <br><br>“I was hoping to get away from [Fulton] for a week to be honest. But he got called in. I’m a bit upset by that,” Gibbs quips. “I’m not sure if he’ll pull the pranks out – probably not this camp, just because the game’s pretty serious.”<br><br>After all, there are those rare NSW Origin jerseys up for grabs and most of these Wests Tigers have a shot at claiming one of them. Farah says having a number of his team-mates alongside him might help him regain his no.9 jersey. <br><br>“I’m not really surprised that we’ve all been picked for City,” Farah says.<br>&nbsp;<br>“Keith and Chris Lawrence have been talked about for Origin this year and Gibbo’s been playing some of his best footy for us this year as well, so I always thought the Tigers were a chance of getting four or five guys in there. <br><br>“It’d be great if some of us could play Origin together. It’s a long way down the track but I know I’d love to play Origin again and I’d love to have some Tigers boys in there with me as well. <br><br>“If we play well this week, then keep playing well for the Tigers, then anything can happen, you know?” <br><br>Twenty-one-year-old Lawrence, who pulled out of last year’s Origin trial due to injury, gets his chance to impress selectors but he knows there’s a lot of competition in the centre position. <br><br>“Especially since there are a lot of good centres playing well at the moment, I’ve got to make sure that I’m on my game,” he says. &nbsp;<br><br>“I definitely feel closer to that NSW jersey though. I’ve just got to make sure that I play well on Friday night and then go back and play well for the Tigers. It’s good to play with a few of the boys and it’ll help with our combination.”<br><br>City’s inexperienced halves duo of Trent Hodkinson and Kris Keating face a tough task against the more battle-weary Greg Bird and Brett Kimmorley, but Farah reckons the strong Tigers connection gives City an advantage in other areas of the park. <br><br>“It just makes you a bit more comfortable when you’ve got your team-mates there and we were lucky to get five,” he says. <br><br>“They’re all looking forward to the opportunity, especially since I’ve got two Tigers front-rowers packing down in the scrum as well.<br><br>“[Hodkinson and Keating] are young but they’re excited and they’ve got the opportunity to impress. They’ve got nothing to lose so they’ll just go out there and enjoy the game. I’m sure they’ll do well.” <br><br>Farah’s two Tests, two Origin caps and three City jumpers make him one of the more experienced players in a young City side, and he knows he’ll have to take on more of a leadership role come Friday night. <br><br>“Yeah, it’s my fourth game for City so it’s a bit longer than some of the other boys and I’ll have to try and help them out during the week,” he says. <br><br>“There are a lot of debutants in there and we’re pretty excited about giving them their first representative jumper. It’s always special when you get that first one so they’ll be fairly keen for a big game.<br>&nbsp;<br>“As one of the more experienced guys I’ll try and help the young guys around. We’ve got a couple of halves who haven’t played too many first grade games and Lachlan Coote at the back is still a young kid as well so I’ll try and help out as much as I can.”<br><br>But he won’t be getting disrupted by Fulton, who is also spending time in his first representative camp. <br><br>“I think Liam’s trying to behave himself this week. He hasn’t played for City before so I’m sure he’s just here to enjoy the week,” he says. <br> 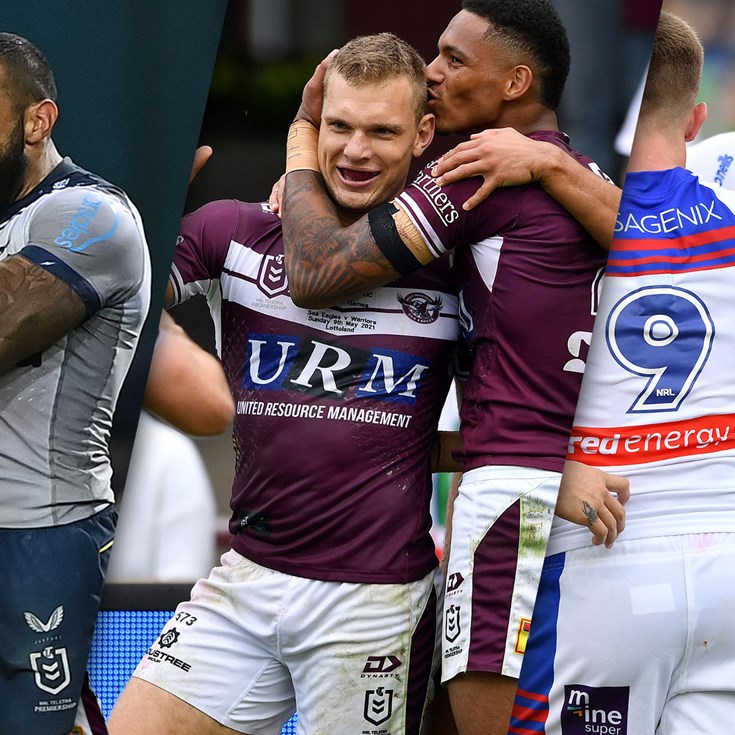