Brian Smith v the Knights for the first time since his sacking last year gives this match an interesting subplot but in reality, this match should be a beauty for no other reason than the two sides desperately need to win to keep their seasons on track.

Both sides come into the match off the back of losses and are fully aware these mid-year games can be the crucial moments when you sit back and review what might have been.

While the Roosters are still inside the top eight, a loss would see this position precarious at best.

Already with a negative differential, the Bulldogs and Warriors particularly are breathing down the tri-colours’ necks, and even the Raiders could overtake them with an impressive win coupled with a Roosters loss.

Last Monday night’s debacle against the Cowboys has the side down on confidence and facing a short turnaround to return to the winner’s circle. Five Roosters stars will be playing their third brutal match in eight days.

The only named changes to the Roosters’ side are cosmetic, with Kiwi enforcers Jared Waerea-Hargreaves and Frank Paul Nuuausala returning to the starting side, with Lopini Paea and Nick Kouparitsas benched.
The Knights come into the match with a more dire and desperate plight. Down in 12th spot on the ladder, they are already four competition points adrift of the top eight and can’t afford to fall back even further.

Once again they had a chance to win last weekend, only to falter and hand victory to the Titans.

Jarrod Mullen is now also out with a bad ankle, which brings Ben Rogers into the side at five-eighth. Steve Simpson returns from injury, with Cameron Ciraldo moving to the bench and Shannon McDonnell out of the team.

McDonnell could yet earn a reprieve, with newspaper reports suggesting Scott Dureau could be axed at halfback, with Kurt Gidley moving to half and McDonnell playing fullback.

Watch out Roosters: It is unwise to underestimate personal motivation in this game, as there are plenty of Knights players who will no doubt lift in front of former coach Smith.

Several of the Knights’ stars bought into coach Smith’s philosophies and backed his hard decisions on players because they believed the side was building to something big during his tenure, only to see the coach jump ship before any glory was realised.

Having committed to the club with his guidance in mind, they were shell-shocked to hear he was moving on. Now they can prove the change was ill-advised by punishing his current team. Expect the Knights to come flying out of the blocks in this one.

Watch out Knights: The Roosters, and Todd Carney particularly, will be delving into the kit bag for a vast array of attacking kicks after analysing the Knights’ defensive woes.

Newcastle have conceded more tries from kicks than any other side, with 11 for the year, and as the Roosters have had some success scoring in this fashion, with eight tries thus far, they will no doubt look to exploit the situation.

Grubber kicks continue to be the bane of the Knights’ existence; they are successfully defusing only half that come their way.

Where it will be won: Defence up the guts. These two sides have conceded way too many tries right up the centre of the park and as such need significant improvement.

Newcastle are the worst in the NRL for tries conceded in the middle of the field, having let 14 past them this season. In a real worry for the Novocastrians, opposition teams are targeting them through the ruck and having plenty of success. The side has tried to compress at times but are then easily outflanked on the sidelines… a balance must be found quick smart!

The Roosters have conceded 10 tries up the middle, with only Brisbane being between them and the Knights in this statistic. Once again, the same principles have applied. There needs to be some more urgency in the wrestle of a tackle and players need to stay awake at marker and also when at A and B defender (first two defenders from the ruck).

The side who dominates in the middle will get the result.

The history: Played 38; Roosters 20, Knights 16, drawn 2. These two sides have split the past eight games four apiece with the past six being in win-loss sequence.

The Roosters won the last game – just days after then Knights coach Brian Smith announced he would be moving to the Roosters this year – so if the sequence continues it suggests a Knights win.

In all three matches at Bluetongue Stadium, the Knights have been victorious.

Conclusion: This shapes as a wildcard game for the weekend, with either side certainly capable.

The Roosters have been more consistent this season but are still without Mitchell Pearce (there are whispers of an early comeback) and have a shorter turnaround. They also have to contend with the Knights’ players being extra pumped for this match.

If you are in a survivor pool it might be wise to steer clear of this match; while the Roosters will be favourites, they could easily get rolled. 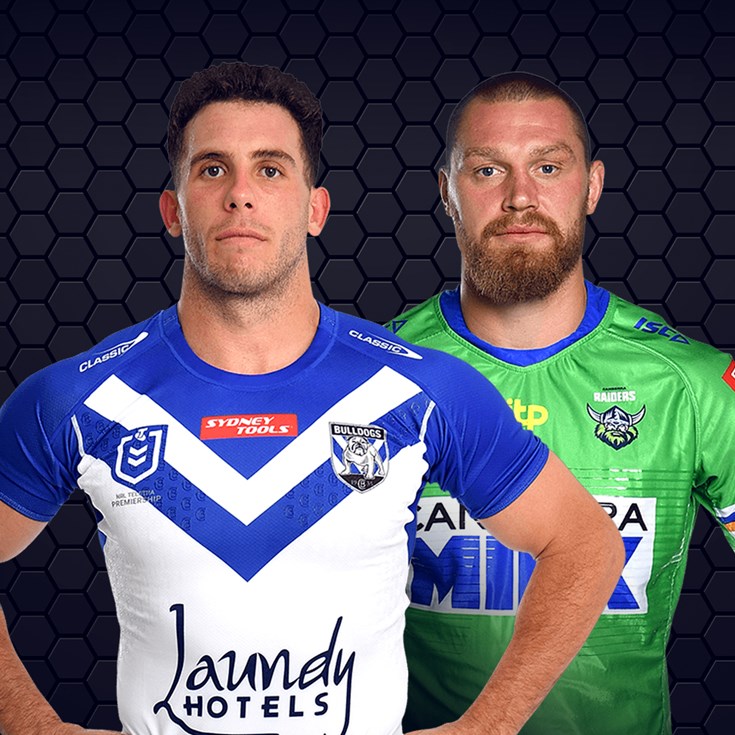