The National Rugby League will defend any legal challenge from Directors of the Melbourne Storm in relation to the penalties issued over the club’s systematic breaching of the Salary Cap.

In doing so it notes that at no stage have the directors denied the size of the breaches or the ongoing deception that had taken place at the club over which they presided.

“Three weeks ago the same Directors held a board meeting and decided to accept the very penalties that they are now back-flipping on,” NRL Chief Executive, Mr David Gallop, said today.

“The Storm chose to accept the penalty on the day and their acceptance was an important part of the process that governed the events of the day.

“It was a decision that should have avoided further unnecessary pain for players and fans alike.

“It was a decision that came after lengthy meetings with the club’s Chairman, Dr Rob Moodie, its former acting Chief Executive, another Storm Director and a legal advisor.

“We were advised on the day that, unbeknown to us, the Storm Board had already met to discuss the severity of the issue at least ten days previously.  There could be no suggestion, therefore, that they were in any way unprepared at their meeting on April 22 for the gravity of the situation.

“The club Chairman who today faced a media conference to challenge the penalty is the same person who accepted the penalty on April 22 saying:  ‘We do accept the referee’s decision, the rules are clear as David (Gallop) said, we’ve broken them, we offer no excuses whatsoever.’

“For the same person to today suggest the process was anything but fair, transparent or impartial is an outrageous allegation.

“To do so at a time when ongoing investigations indicate that the size of the breaches is growing weekly is even more offensive.

“The NRL will defend both the penalty and the process.”

NRL solicitor, Mr Tony O’Reilly, has been instructed to respond to any writ lodged by the Melbourne Storm Directors.

“Having been at the meetings that led to the decision, and having witnessed the admissions made by the Melbourne club, I believe the NRL is in a position to strongly defend the claims,” Mr O’Reilly said.

“After making a series of admissions in relation to flagrant breaches of the Salary Cap, the representatives of the Melbourne Storm club were afforded the opportunity to leave the meeting and discuss the matter with whomever they chose.

“They met privately at the NRL offices for some time and informed the NRL that they had consulted their Board before accepting the penalty.

“The process was entirely fair and entirely consistent with the rules and the law.

“There is nothing in the suggested action that brings into question the nature of the breaches or the admissions the club and the Board made in relation to them.

“The NRL was perfectly entitled to pursue the course of action that it followed and I would be confident that the Supreme Court would accept that to be the case.” 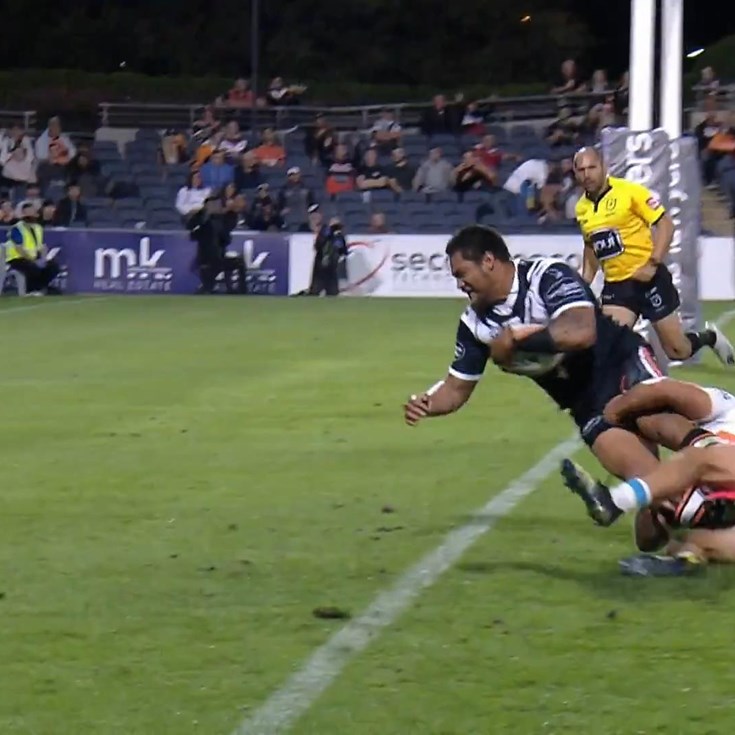 Joseph Leilua on the charge off the scrum

Titans continue to fire as Fifita sets up Kelly