“The statements made by Mr Peter Maher, Dr Rob Moodie and others all propose ways of escaping the fact that the directors were at the helm of a club that was systematically breaching the rules,” Mr Gallop said.

“Each day they suggest some fanciful offer to cooperate with any inquiry but the one that is actually being conducted.

“It is nothing but public relations manoeuvring.

“They have tried to ignore the months of NRL investigation that led up to the penalties being imposed, ignored the club’s own admissions, its own undertaking to accept the penalties and, other than a somewhat questionable apology from Dr Rob Moodie, they have failed to show any remorse for what has gone on at their club.

“I want to publicly recognise the passion they have for the Storm but passion can sometimes distort logic in the Board Rooms of football clubs.

“It is time to now let the Storm move on.”

» These undertakings were not met

» On May 12, 2010, a legal representative of some Melbourne Storm directors approached an NRL lawyer threatening legal proceedings and proposing a meeting to negotiate a reduction in penalties on the basis that both the meeting and the threat of proceedings would be kept completely confidential. It was proposed to be neither public nor transparent.  Before the NRL could provide a formal reply, a Melbourne media outlet was advised that legal proceedings were being prepared

» The club consistently refused to provide its estimate of Melbourne’s Salary Cap position for 2010, something they were clearly in a position to determine


In relation to media reports concerning the Deloitte report and the NRL’s reaction to it, the NRL makes the following points:
» The NRL has based its Salary Cap penalties on its own investigations

» These were carried out over a period of months prior to April 22 and resulted in admissions made by the Melbourne Storm club and its Chairman, Dr Rob Moodie, in regard to systematic cheating

» The penalties were as much to do with the escalating nature of the system as with the growing sizes of the breaches. This was highlighted by NRL Chief Executive, Mr David Gallop, on April 22 ….. “While the amount itself is cause for concern, the most damning indictment is the systematic attempt by persons within the club to conceal payments from the Salary Cap Auditor…”

» On the day that the penalties were announced, the NRL made it clear that it expected  the size of the breaches could grow significantly as further information came to light 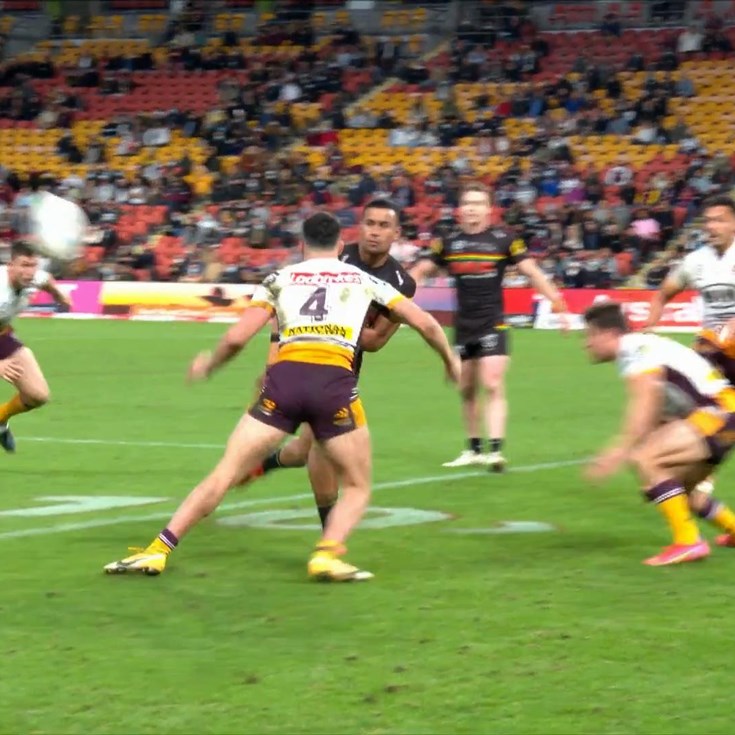 A flick pass for the ages from Crichton to Staines