The Raiders sit four points clear and just three places above the Sharks in 11th spot on the NRL ladder, but they are also just four points off the top eight – and if they continue to produce performances like they did against Newcastle last week, a finals berth remains a definite prospect.

But there have been big changes in the Shire this week, and spirits will have lifted with the takeover of head coach Shane Flanagan seven weeks early. Players now have the chance to impress Flanagan and with finals highly unlikely at this point of the season, securing favour for 2011 positions will be at the forefront of the Sharks players’ minds.

Last week’s results would make it easy to think it will be a Raiders walkover at Canberra Stadium on Saturday. While it’s true the Green Machine had amassed 40 points by half-time and the Sharks let in 36 in their respective Round 19 game, don’t expect a similar trend.

Last week’s win for Canberra was by far and away their biggest and most convincing of 2010, but it was only the second time this season they’ve put two wins together. Leading into this back-to-back effort they’d lost four in a row, with their home record leaving a lot to be desired (3-5). One big victory doesn’t equal a resurrection and they’ll need to replicate the feat over another cellar-dweller if they’re to convince they’re the real deal.

The Sharks will be confident heading down the Federal Highway, as they have a strong record at Canberra Stadium, having won there 60 per cent of the time since 2000 (the same percentage they possess at Toyota Stadium). But it’s how they have handled the departure of Ricky Stuart and takeover of new head coach Shane Flanagan that will play the biggest role in the outcome of this match.

Watch out Raiders: It’s possibly the worst week to have the Sharks visit your home ground. New coach Flanagan will have laid down his plans for the Sharks in 2011 and it will be up to the shell-shocked players to prove to him they are part of those.

There are seven rounds left to play and they are the perfect opportunity for Cronulla players to demonstrate they really do have the ability and belief to challenge in the NRL. It’s a timely boost for the struggling club, which can now focus on an actual goal, rather than continue to feel they’re stranded in no-man’s land.

Watch out Sharks: Many NRL clubs were hoping they’d be the one to secure the services of Raiders fullback Josh Dugan when he declared he was open to offers. But the local talent has re-signed for two more years, prompting fans, the club and Raiders players to breathe a sigh of relief.

The elusive fullback is the spark that ignites the Canberra backline; last week he demolished the Knights finishing with three tries, 12 tackle-breaks, two line-breaks and a try assist. He’ll need to be contained if the Sharks are to be in the game.

Where it will be won: In today’s world, getting ahead is about making things more efficient – and rugby league is no different. The top teams in this competition are there because they make the most of their possession. The Raiders have won seven games this season and on just two occasions have done so with a completion rate less than 80 per cent. Meanwhile, Cronulla average a completion of 76 per cent from their five wins, while just 68 per cent when on the losing side. Gifting the opposition ball is too costly at this end of the season and whoever can control and dominate possession will come out the best after 80 minutes.

The history: Played 53; Sharks 29, Raiders 24. Although the Raiders hold the edge at Canberra Stadium 11 to seven, the last time they defeated the Sharks at home was way back in Round 14, 2004 – a long time between victory drinks.

This match is the first and only time the two will meet this season. The last occasion they met was Round 14, 2009 when the Sharks left the capital with a 24-22 win.

Conclusion: Based purely on on-field performances, the Raiders should be able to take the two competition points comfortably, but the Sharks have produced some good football on the odd occasion this season and with their managerial issues appearing to be sorted and the start of some stability introduced this week, it’s impossible to write them off.

The Raiders too, though, received their own stabiliser recently with Dugan making a decision on his future and the young star can now focus on his football and continue terrorising opponents.

There won’t be a points differential like last week for either side, but with the Raiders still with a realistic shot at finals, they should prove too strong for the visitors. 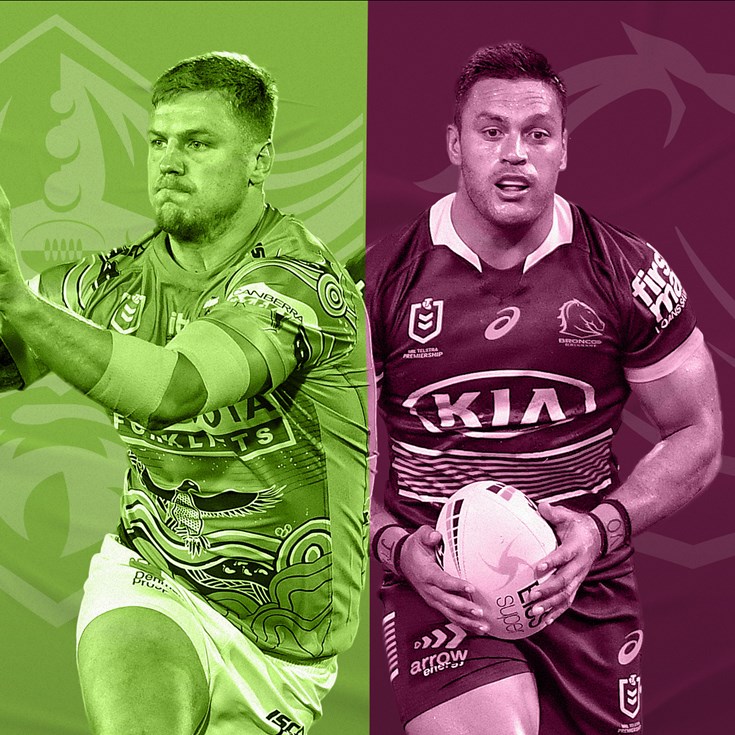