Who wants a home final? Anyone? Brian Smith… do you want one? John Cartwright… how about you?

Monday night football brings us a cracking finish to the round as these two sides look to turn their finals berths (Titans certain, Roosters still a teeny chance of missing out) into top-four positions.

The Titans have even higher aspirations, as they currently sit in second place and while the chances of catching the Dragons for the minor premiership are slim, they are in a differential dogfight with the Wests Tigers for the second rung on the ladder – and with it, a certain second bite of the cherry in finals football.

Three wins from three would mean only the Tigers, doing the same but by better margins (they are currently just one differential point behind), could rob them.

Even still, just two more wins would probably secure a top-four spot and a home final.

On the other side of the coin a loss here for the Gold Coast could see them slide to sixth – and heading towards the danger end of the top eight.

Greg Bird and Michael Henderson have been added to the bench for this clash after last week’s win over North Queensland, with Aaron Cannings out.

The Roosters had a slip-up against the Sharks last week, putting their top-two chances in jeopardy, but they can still grab the coveted spot should they prove triumphant over the next three weeks.

At the very least, currently in fifth, the Roosters know a win here will put them into the top four as it will ensure they leapfrog the Titans.

Another loss, however, could put them back as far as seventh and fighting for their survival in the final rounds with games to come against the Sea Eagles and Cowboys.

Mitchell Aubusson is due back from injury in the centres, meaning Johnathan Ford will miss out, while Lopini Paea has been added as an extra on the bench.

The Titans can equal their NRL record of five consecutive wins with a victory.

Watch out Roosters: The Gold Coast are making sensational metres this season, part of the reason they are running second.

With 1403 metres gained per match across the ground, the Titans are giving Scott Prince great field position from which he can launch their attacks. This is a good deal better than the Roosters’ average of 1286 metres.

Both teams are pretty good in kick metres but the Roosters still lag behind the Titans 543 metres to 603 metres.

Five Roosters also boast triple figures, in Shaun Kenny Dowell (125), Anthony Minichiello (115), Sam Perrett (121), Nate Myles (112) and Jason Ryles (104). The difference is the Titans’ forwards are doing more work than their Roosters counterparts. The Roosters’ pack needs to get dirty and get the hard yards done before the team relies on its flair.

Watch out Titans: Speaking of flair, the Roosters have the potential to provide plenty thanks mainly to the combination of Mitchell Pearce and Todd Carney.

These guys may have misfired a little against the Sharks but you only needed to watch them warm up at training to see how crisp their skills are and how determined they are to get things back on track this Monday night.

If you ever have the pleasure of watching a Roosters training session you’ll see these two running across the ground, 20 metres apart, chatting away while passing bullet balls onto each other’s chests. They track up and down the field, passing left to right and right to left as if it were nothing at all, hitting the target with precision every time. It is this skill which should have the Titans scared, as it enables the Roosters to snap the ball from one side of the field to the other in two quick, crisp, perfect passes to create or exploit an overlap. Somehow the Gold Coast boys need to cut down their time and decision-making otherwise this pair will destroy them.

Where it will be won: Goal-line attack and defence will decide this match. Both sides have a real problem defending their line and need to get tougher if they are to compete heavily for the premiership. The Titans have conceded a disappointing (and worrying) 40 tries from 0-10 metres this year, one of the worst teams in the league, but the Roosters aren’t much better, conceding 38. Somehow they must muscle up more with their backs against the wall because soft tries simply cannot be permitted.

Thankfully for the Titans they are one of the best teams in the NRL at scoring from close range, with 39 tries for the year. The Roosters, however, have just 30 – better than just the Eels when it comes to teams still in finals contention. They prefer to attack from a little further back.

The history: Played 5; Roosters 2, Titans 3. The Roosters won the first and last match between these two clubs, with three Titans wins sandwiched in between.

Earlier this season the Roosters inflicted a 30-16 result on the Titans – by far the biggest margin between the teams ever recorded. Just six, four, four and four points decided the other matches.

The teams have played twice at the SFS, with the honours shared one apiece.

Conclusion: Let’s call last week’s game against the Sharks an anomaly and therefore give the Roosters favouritism here. If they return to the form of the previous five weeks, they have the guns to the bring down the Titans but if they execute poorly again and turn up with obvious complacency, they’ll get rolled and their place in the finals will start to be questioned once more.

It must be said thought that the Titans are looking more and more impressive at times; they could easily continue the Roosters’ misery. 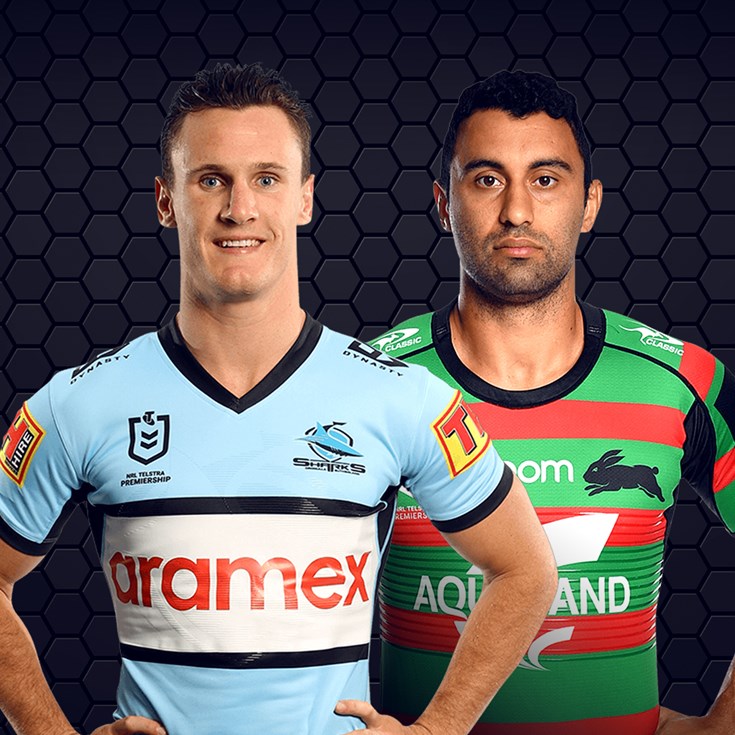