Someone walked into the factory seven weeks ago and noticed the Green Machine was in need of a major overhaul and tune-up. This ‘Good Samaritan’ tinkered, toiled, oiled and greased up the rusty parts and sent the new-look nuts and bolts to Manly to play the Sea Eagles.

With six wins from seven starts since that faithful night at Brookvale, the Raiders now sit in the box seat to make a play for the finals with the knowledge two more wins will get them there.

Already everyone is looking ahead to the last round match against Brisbane as the crucial 80 minutes; but first things first – the Raiders must take care of the Cowboys.

Beating the Dragons is no easy feat, although the Raiders seem to think differently as they made it 10 years since the Dragons won in the nation’s capital last weekend. It was a Sunday afternoon game, there was plenty of hype, the crowd was big… not hard to get pumped.

But this is a cold Saturday night, against a team they are expected to beat, less than a week after a bruising encounter… the danger signs are there.

A win could put them into eighth spot on the ladder – they are currently ninth on differential – but a loss could drop them back to 11th and into a situation where the scenario to play finals is more mathematical than one cares to know.

They have, not surprisingly, kept the same side although Danny Galea and Troy Thompson have been added to an extended bench.

The Cowboys are playing for pride and also to try to get out of 15th spot on the ladder, the ‘true’ wooden spoon rung. They can leapfrog Cronulla with a win (provided the Sharks lose) as they have a better differential.

Willie Tonga (groin) is out, with Ashley Graham moving to centre and Michael Bani coming onto the wing.

Willie Mason has been named to start, with Carl Webb back to the bench, while Isaak Ah Mau and Jason Taumalolo miss out for Clint Amos and James Tamou.

Watch out Raiders: While the Cowboys have been pretty dismal and seem to have forgotten how to win a game, the wild card this week might well be their coach.

Former Raiders mentor, now Cowboys boss Neil Henry, knows plenty of the Raiders stars’ games intimately and as such will be able to construct a game plan to exploit them. Complacency is a legitimate worry for the home side; they need to stay focussed and get the job done here or risk getting excited for no reason. North Queensland still have quality players like Matt Bowen, Aaron Payne, Willie Mason… and if they assume a walk in the park, they could be digging their own grave.

Watch out Cowboys: The Raiders tore the Dragons apart by throwing the ball around a little and getting some second-phase football going. So far this season they have punched out 303 offloads to be ranked third in the NRL, which is a real worry for the Cowboys as they have conceded 303 offloads (ranked 14th) and have also let in a whopping 16 tries directly from an opposition offload. This is by far the worst in the competition.

Where it will be won: The battle between the Raiders’ right-edge attack and the Cowboys’ left-side attack will be the critical factor here.

Canberra loves to attack on the right fringe through Bronson Harrison, as the Kiwi international drags in defenders and then pops a great ball, usually to Adam Mogg or Daniel Vidot.

Canberra have scored 24 tries on the right edge this season compared to just 13 on the left fringe, showing they’ll be once again heading this way.

Both sides know how to attack the edges but they have defensive problems combating the same plays. It is going to be a combination of good execution of their strengths and better application to their weaknesses, which proves crucial.

The history: Played 25; Raiders 17, Cowboys 8. The Cowboys beat the Raiders 16-8 earlier this season, one of only five wins they have had this year. It actually took their recent tally to four of the past five games.

But, at Canberra Stadium, the Cowboys have only prevailed twice in 12 trips, giving the Raiders 10 wins at home against the boys from the north.

Canberra have not won four consecutive matches since 2005 – but all that could be abot to change.

Conclusion: You have no real option other than to pick the Raiders here. The Cowboys couldn’t even hold on against the Bulldogs at home, allowing the ’Dogs to score three tries in the last 12 minutes to win.
The Raiders have it all to play for and should do it easy. 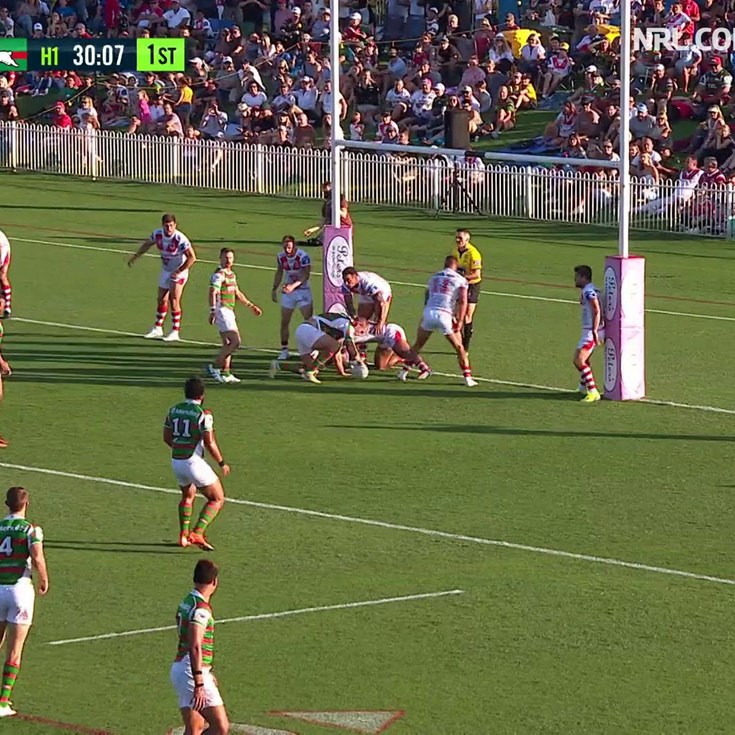 Latrell lays it on for Paulo