When the Cowboys loaded their pistols at the start of 2010 nobody told us they would be firing blanks. The club is up there in the battle for the most disappointing team of the year, along with the Eels and Bulldogs – and just might be able to win that fight.

The problem with the Cowboys was almost unpalatable – they basically invented ways to lose games. With a squad full of talent the side should not have finished 15th, with the worst record in the NRL, but thankfully Melbourne’s indiscretions cost them the ignominy and embarrassment of a fourth wooden spoon.

They won just five games all year and only won once on the road, forcing an internal review and ‘cabinet reshuffle’ amongst the staff.

Coach Neil Henry survived, but football manager Dean Lance did not and CEO Peter Parr has been demoted to Lance’s old role. Henry might be walking the same wooden plank if he can’t turn the club’s fortunes around next year.

Where They Excelled … The Cowboys failed to excel in any department. Wait – let’s retract that statement. They were incredible at finding ways to lose games when in the driver’s seat to get the points.

In one game they let the Bulldogs, who were already out of finals contention, score three tries in the final nine minutes to snatch a win in Townsville. In another, they missed about a million field goal attempts before losing to the Sharks in golden point. So what, you say? Well, they led 18-0 at halftime and it was at home.

All sides suffer momentum shifts, but when things turned against the Cowboys, points rained like a tropical storm – all for the opposition.

Where They Struggled … Do you have time? They ranked in the bottom few for metres gained, kick metres, tries scored, errors, effective tackles…in all the staple stats they were poor.

They conceded countless tries direct from offloads, their right-side defenders were basically turnstiles at times, conceding a mammoth 60 tries – but the other side wasn’t great either, just better than their team-mates.

They couldn’t contain teams from close range, having the poorest goal-line defence in the league. And they also failed to muscle up from distance, with teams scoring 16 tries against them from over halfway.

The side just couldn’t find defensive cohesion and their attack spluttered throughout games as Johnathan Thurston failed to strike up any real combination with anyone. When he played hurt, or was missing, they were rudderless.

Missing In Action … Matt Bowen missed the first half of the year and showed some glimpses of brilliance in the back half, but needs time to get his knees right. Luke O’Donnell played just 13 games due to injury, suspension and Origin duty (not the best way to finish his time up north).

And Thurston got through 17 games before finally succumbing to his injury worries. Others also missed games here and there – but to be honest the side cannot hang their hat on injuries, as they were out of contention well before Thurston gave it up. Plus, it’s not like they were the odd team out when it came to injuries.

Turning Point … The Cowboys probably announced their status as also-rans when they lost four in a row between Rounds 5 and 8. The first loss was against the Wests Tigers and saw Thurston get hurt. The following week the team took a massive confidence dent when the Knights humiliated them in Newcastle without their skipper, and a loss to the Eels followed despite his re-inclusion.

Melbourne then hammered them and Thurston was busted up once more. Although they came back with their only away win of the year the following week against the Roosters, they once again lost another three on the trot… and the year was gone.

Best Games … The away win against the Roosters was probably the best. On the back of four straight losses and missing Thurston, the side took on the Roosters in Sydney on a Monday night in Round 9. Matt Bowen was a surprise inclusion and he helped catapult the side to a 32-14 win.

However all it really did was prove how this side should have been able to play, even under- strength. Round 2’s win over Penrith was solid and the Round 4 victory over the Gold Coast was nice and clinical also.

For excitement factor, the golden point win over the Knights in Round 20 was great, especially as Will Tupou clinched it with a special try in golden point; but they should never have let a healthy lead slip in the first place.

Worst Games … Take your pick. The 22-20 loss to the Bulldogs in Round 24 was just sad. They had finally set up a nice win, only to concede three tries at the death to lose.

But there were also a few weeks when, in the fair dinkum department, the side failed to turn up. Two heavy losses to the Storm (Round 8, 34-6 and Round 15, 58-12) came after salary cap revelations and as such were against un-inspired opposition.

The Knights game in Round 6 saw them trailing 30-6 at halftime… pretty dismal stuff. And then the effort against the Sharks, where they led 18-0 at home and ended up losing 20-19 in golden point, was just downright depressing for the local fans.

Hold Your Head High … Scott Bolton had an impressive individual year, even if it was tempered by a biting allegation, which wasn’t proven. He was behind only Willie Tonga (17 line- breaks) in the team for line busts (with 15) and caused some headaches on the left edge of the ruck.

Matt Scott became an Origin player and put in the hard yards at prop each week, which made it a shame he couldn’t get much support, while Willie Mason was back to his damaging best on occasions.

Toyota Cup … The Young Guns from up north finished the regular season in fourth spot and are ready for a serious assault on the under-20s premiership. They came out of the blocks with four straight wins and led the way with seven wins from their first eight games.

The next six games produced a mini-slump of just one win and a draw before they righted the ship enough to get into the top four.

Hooker James Segeyaro made the Team of the Year and winger Wayne Ulugia grabbed the club’s tryscoring title with 17 in the regular rounds.

Coach Neil Henry says: “Obviously it’s been a disappointing year and missing the finals three years in a row isn’t good for the club. We had some injuries and suspensions to key players but even that shouldn’t have equated to our ladder position. We have made some roster changes and need to work harder as a group to turn this around next season.”

Conclusion … It was a year to forget for the Cowboys, no matter which way you spin it. It’s now been three years without a stint in the finals, not good enough for a team with this roster.

The acquisition of players like Dallas Johnson and Brent Tate, plus young guns like Antonio Winterstein and Tariq Sims brings hope, although they lose the likes of Luke O’Donnell, Mason and Carl Webb.

Surely they’ll find a way to meet potential next year. 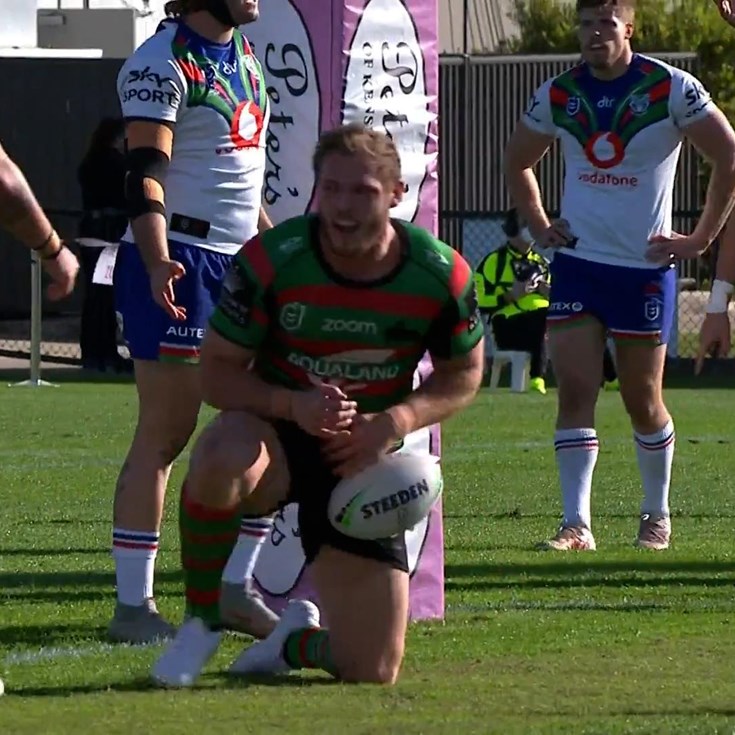