The fairytale year is complete for Sydney Roosters star Todd Carney, who has today been named to make his international debut for the Kangaroos in the final Four Nations round match against the Kiwis at Auckland’s Eden Park this Saturday. <br><br> Just 12 hours after being named RLIF International Player of the Year and International Five-Eighth of the Year, the 24-year-old was one of four Australians named to make their debuts. <br><br> He will replace captain Darren Lockyer at five-eighth, with Cameron Smith taking on the skipper’s role in a side that features seven changes from the line-up that beat England 34-14 in Melbourne on Sunday night. <br><br> Along with Carney, the others chosen to make their debuts in the dress rehearsal for the Four Nations Final on Saturday week in Brisbane are Chris Lawrence (Wests Tigers), who has been named in the centres; Matt Scott (Cowboys) at prop; and hooker Dean Young (Dragons) on the bench. <br><br> Australian coach Tim Sheens has also included Darius Boyd, Robbie Farah and Greg Bird, with Billy Slater, Nate Myles, Anthony Watmough, Willie Tonga and Luke Lewis joining Lockyer on the sidelines. Kurt Gidley has been named as the 18th man. <br><br> For Carney, the selection marks the end of an incredible journey from park football to the world’s best player in the space of 12 months. <br><br> The playmaker who spent the 2009 season rebuilding his life and his career playing district football for the North Queensland town of Atherton was honoured for a memorable NRL season in which he won the Dally M Medal as player of the year and helped lift the Sydney Roosters from the wooden-spoon to the NRL Grand Final. <br><br> Carney told AAP last night that winning the RLIF award was one of the proudest moments of his career. <br><br> "This is a huge honour, to be awarded this prize with so many great players in the world is very special," he said. <br><br> "Hopefully I can now get some game time with the Kangaroos as I haven't played yet. <br><br> "I've been working very hard with the Emus (the players outside the starting 17) and maybe I should go and knock on Tim Sheens' door and ask for a game!" <br><br> <b>The Australian team is: <br><br> 1. Darius Boyd <br>2. Brett Morris <br>3. Brent Tate <br>4. Chris Lawrence <br>5. Lote Tuqiri <br>6. Todd Carney <br>7. Cooper Cronk <br>8. Matthew Scott <br>9. Cameron Smith (c)<br>10. David Shillington <br>11. Greg Bird <br>12. Sam Thaiday <br>13. Paul Gallen <br>14. Dean Young <br>15. Petero Civoniceva <br>16. Tom Learoyd-Lahrs <br>17. Robbie Farah <br>18. Kurt Gidley</b> 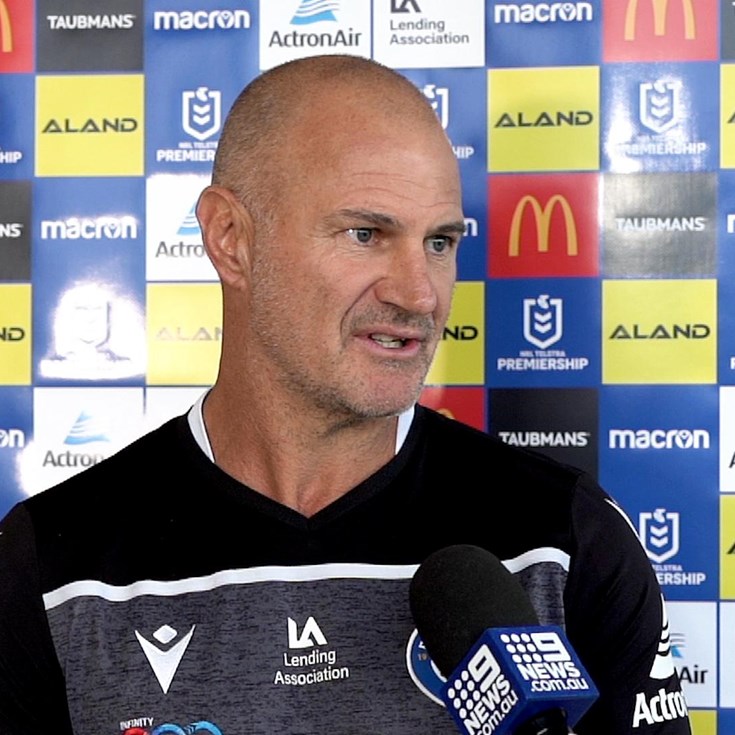 Presented By Hisense 50 mins ago