Joel Monaghan has issued a statement through his manager Jim Banaghan today expressing both remorse and disgust at an alcohol fuelled prank that led to images being circulated across social networks today.

“Joel can’t blame anyone but himself for an act of stupidity that will haunt him for the rest of his life,” Manager Jim Banaghan said today.

“Joel wants to make it clear that he was the one playing a prank on an absent team mate by simulating the act.

“There are no words of explanation that can be offered because none can be appropriate.

“Joel has to now face his family as well as fans and supporters with that shame and has already undergone counselling to help him cope with the consequences of what has happened.

“It was a moment of abject stupidity brought about by too much drink and a complete lack of any thought process.

“The fact that someone has sought to compound the situation further by the use of social media only adds to the trauma but Joel accepts that it is his actions alone that are at fault.

“He apologises unreservedly for the outrage that people feel at the moment and blames nobody but himself.

“He will meet the club over the issue and accepts that there must be ramifications but the fact is he is not in a fit emotional state to have those discussions at the moment.

“Joel is a genuinely good person who is simply shattered by a moment of sheer madness.” 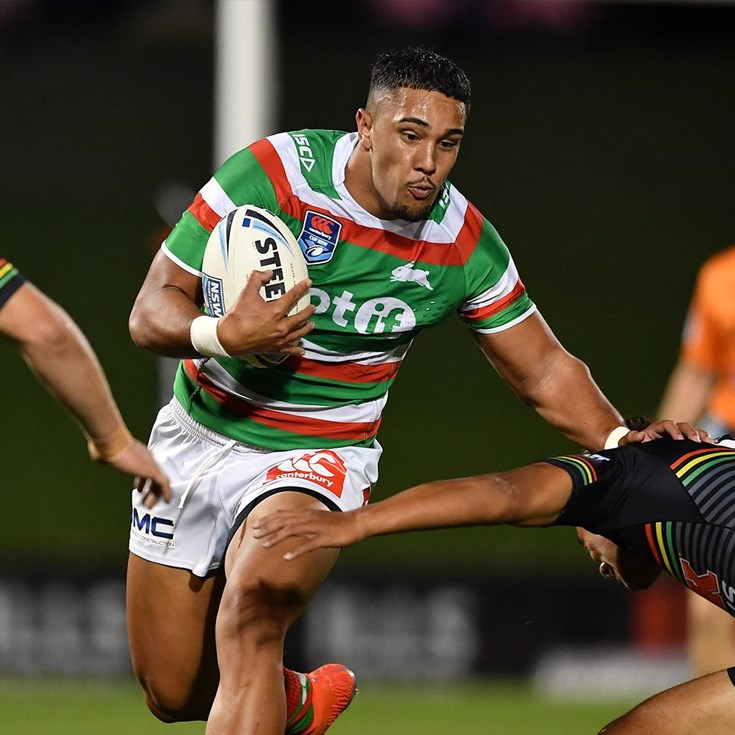 From Souths junior to the NRL: Koloamatangi set for debut

The family connection Souths fans can thank for Koloamatangi

Robinson shares his views on by-products of new rules