Cowboys co-captain Johnathan Thurston’s inspiring 120km journey to talk to children in a remote ‘virtual’ classroom, and three women who helped rebuild their flood-stricken NSW Rugby League club, are this month’s winners of One Community’s ‘In a League of Their Own’ award.

On his day off, Thurston travelled to Charters Towers School of Distance Education where the school’s first-ever ‘virtual’ classroom brought together over 60 students from various regions across north and north-west Queensland including Townsville, Clermont, Hughenden, Richmond, Charters Towers and the Whitsundays.

During the two-hour session, students were not only able to interact with Thurston individually, they were also able to watch his every move through the use of innovative technology that included a wireless headset connected to a computer and phone, a second computer connected to a large interactive ‘smart’ board, a web cam, and the use of an online teleconferencing program.

“To be able to interact with kids sitting in front of me in the classroom and at the same time speak with students 500km away was an amazing experience and I hope they enjoyed it as much as I did. It’s a great initiative by the Charters Towers School of Distance Education,” Thurston said.

Senior teacher at Charters Towers School of Distance Education, Mr Richard Heard added: “To bring all these students together and have someone as special as Johnathan Thurston as our guest speaker was amazing as it gave our students an opportunity to see and talk to one of Rugby League’s greatest players, something they could not have done any other way”.

In between their full-time work commitments, the trio were instrumental in driving the clean-up effort of their local club, after its home ground, canteen and training facilities were destroyed during the recent Riverina floods.

Growing up in a very passionate Rugby League family and having been involved with the Tigers club for over five years as Club Secretary and her husband as Treasurer, Kathy Tuckwell knows how much Rugby League means to her community.

“It was devastating to see the damage the floods did to our club which was completely underwater, but in true community spirit, everyone has pitched in to help with the clean up and get the club back on its feet,” Tuckwell said.

While the Tigers’ senior club Canteen Manager, Jane Turner, worked with Kathy to clean out and repaint the canteen, Junior Club Secretary Jackie Fairall – whose sons Zac and Ryan play in the Under 11s and Under 8s - worked tirelessly sending emails and letters and making calls to local businesses to raise much-needed funds for the club.

As part of the Australian Rugby League Commission’s Riverina Flood Relief effort coordinated by the CRL and NRL, which involved Rugby League identities Steve and Peter Mortimer, Andrew Ryan and Anthony Cherrington, a cheque for $2500 was donated to the Tigers’ Senior Club, along with Telstra Assistance Fun Club packs (including goal pads and other equipment) and jerseys for fundraising.

“Kathy, Jane and Jackie’s achievements and those of Johnathan Thurston are yet more examples of how the Rugby League community from the grassroots to the elite level so often go above and beyond their everyday responsibilities to make a positive difference to people’s lives,” NRL General Manager, Community, Culture and Diversity, Ms Trish Crews said.

The ‘In a League of Their Own’ award (formerly the Good Guy and Good Girl of the Month award) acknowledges the inspiring community work of NRL players and women in Rugby League.

As this month’s winners, Thurston will receive one night’s accommodation including breakfast for two courtesy of NRL sponsor the Holiday Inn and Kathy, Jane and Jackie will each receive a voucher from NRL sponsor OPSM to choose a pair of sunglasses from their range of world leading brands. 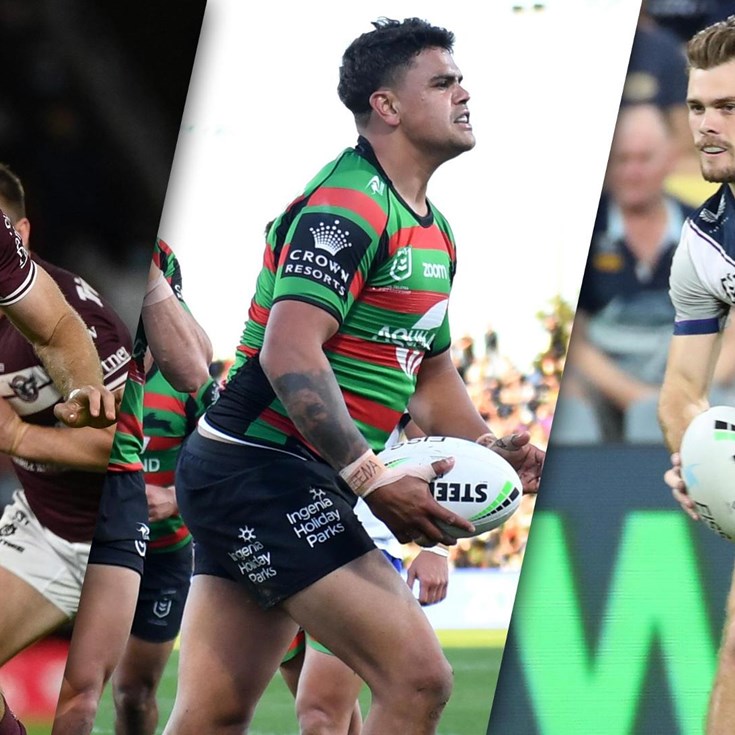