Boo hoo. Sometimes life isn’t fair but usually the response you get when you whinge goes along the lines of: start building a bridge and get yourself straight over it. New South Wales don’t seem to be even close to beginning construction.

I’ve outed myself here before for thoroughly enjoying a bit of biff, especially during Origin, but I think Michael Jennings deserved his sin-binning for taking a flying leap into a brawl fists flying. In fact 'don’t join a brawl’ is one of my favourite NRL regulations. It just seems so Australian that it’s okay to be in a fight, just don’t make it your business to join one.

The Inglis try wasn’t pretty and calling it was a curly question. The continuing argument over whether it should have been awarded proves it was a fifty/fifty call. But that’s not the point. Queensland would have won by two points ANYWAY. Helloooooo? It would have been 12-10. If New South Wales were too broken by the GI try decision not to recover enough to score in the remaining 10 minutes or so then they are not Origin champions.

In the days after the game we heard about 10 penalties that referees supposedly missed in the Maroons' performance. By Monday, five days afterwards, that had become 14. Can you imagine the uproar among fans if refs had blown their whistles every time anyone flopped, blocked, or leg-pulled in an Origin match?

Now here’s a new controversy for you: I think New South Wales will soon be thanking the refs from game one. What they have given the team is the one element Queensland has had a stranglehold on for half a decade, the passion anger and drive of a team wronged.

Even Mal Meninga is worried. He’s diagnosed the Blues with a persecution complex and if takes one to know one, you couldn’t find a better diagnostician than Mal.

He wrote in his Sunday Mail column, "They are trying to portray they have been victimised and persecuted, so they can conjure up a seething ANZ Stadium for when we go down there in a couple of week's time."

It’s the kind of attitude on which Queensland has thrived, and which Ricky Stuart has been trying to instill it in his players and supporters for years.

He even wanted the Blues bus to be allowed to brave the gauntlet of Caxton street, the road to the stadium jammed full of mad Maroons fans fuelled by XXXX.

Sticky has fond memories of getting his blood pumping by feeding off the jeers of the crowd and the sight of the windows being pelted by flying beers.

Well now Ricky has what he always wanted, an inflamed crowd, a chippy team, and a new determination among them both to show the “rats and filth” (Malcolm’s 2011 description of the powers that be) what they’ve got.

It may even be enough to get them a win. The challenge will be maintaining the rage all the way up to Suncorp Stadium for game three.

And by the way, I’ve always been happy to see the occasional Origin match in Melbourne, but not anymore. Victoria’s sports minister Hugh Delahunty showed ignorance and possibly contempt for the game when he called it the “State of the Origin”, got Paul Gallen’s name wrong, and worst of all anticipated Queensland playing New Zealand. In future, let’s take our big sporting events where they receive the respect they deserve. 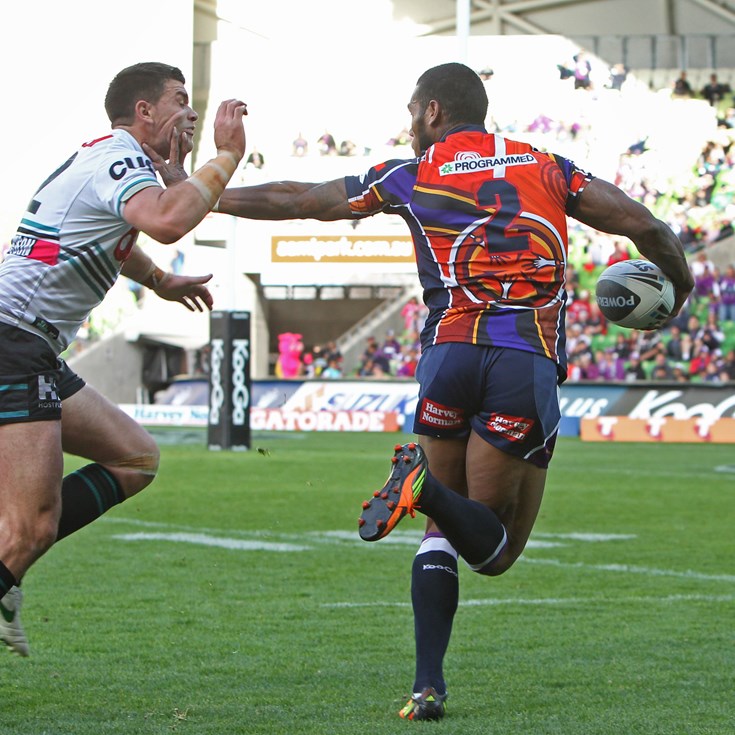