The Bulldogs cruised to an easy 30-4 victory over the Dragons at ANZ Stadium in Round 2, with centre Josh Morris bagging a first-half hat-trick of tries.
The home side raced to a 12-nil midway through the first section of play following two tries to left centre Morris – the second featuring a beautiful in-and-away to beat Dragons skipper Ben Hornby.
The Red V posted their first points in the 29th minute when Kyle Stanley caught a miracle offload from winger Brett Morris over the try line. However the ’Dogs bit back immediately, with Josh Morris on the spot to pounce on Bryson Goodwin’s desperation inside pass for an 18-4 advantage that they took to the halftime break.
Canterbury grabbed a 24-10 lead 10 minutes into the second half when left winger Goodwin showed considerable skill to firstly grubber into the in-goal off his left boot, then beat Ben Hornby to the grounding.
The home fans found their full voice when Greg Eastwood steamed onto a Michael Ennis short ball to crash through some flimsy Dragons’ defence for a rare try under the goalposts.
The Bulldogs’ best were Josh Morris, Goodwin, Eastwood and Ben Barba (13 runs, 146 metres) while the Dragons were their own worst enemies with the ball in hand, completing just 66 per cent of their sets and making 15 errors. 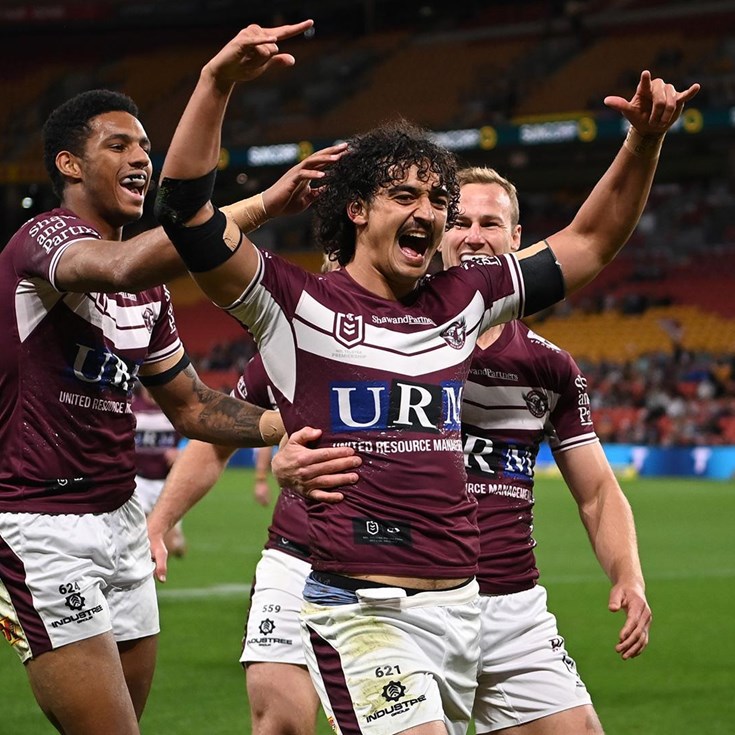