Nervous times for Ricky Stuart and Mal Meninga as they keep everything crossed that injuries won't unduly affect their line-ups for the deciding Origin clash.

Already there have been concerns over Greg Inglis, Billy Slater, Greg Bird and now Glenn Stewart.

That is before another round of the Telstra Premiership which could easily throw another spanner in the works.

When it comes to New South Wales there is surely no reason to make any unforced changes after their tough and uncompromising victory in Sydney.

There has been a call in some quarters for the dropping of winger Akuila Uate but I would be both stunned and disappointed if there was a chance that he wouldn't be selected for the last game of the series.

He may not have been at his very best but I am sure that his power and pace still makes him one of the Blues' true strike weapons and a potential match-winner.

Any defensive problems that may have existed down the NSW right side in Melbourne was sorted out for the ANZ meeting, with Josh Morris making great decisions and Akuila reacting to those in partnership.

Uate's glaring mistake was allowing the ball to bounce from Cronk's bomb on the stroke of half-time, which resulted in the Ben Hannant try, but the Newcastle winger has never looked suspect under the high ball and there seemed to be a breakdown in communication as to whether it was his or Brett Stewart's.

I'm certainly prepared to forgive him for the error in judgment as outside of that he carried the ball strongly and as usual played his part in getting the Blues' sets of six started in the right manner.

The player in real doubt is obviously Glenn Stewart who will be racing against the clock to be fit, but even with Ricky Stuart prepared to give him as much time as possible it may prove a forlorn hope.

Ideally the side would like to be sure of his availability by the weekend before Origin III, which means he would need to have improved sufficiently in under two weeks for a complaint that can apparently keep you on the sideline for up to a month.

If Glenn fails to make the cut there will be a number of players who will come under consideration.

Although both Jamie Buhrer and Aaron Woods were shadow players for Game Two I do not see either of them being an obvious replacement for Stewart.

The fact that Robbie Farah is clearly an 80-minute performer takes Buhrer out of the equation while I doubt coach Stuart would want to bring in another inexperienced prop in the shape of Woods with Tim Grant already drafted into the squad.

There is some talk that Tony Williams may be available for selection but that would surely be a risk not worth taking after he's spent even more time on the sidelines.

Although Williams was chosen for the opening clash, that was on the back of being able to put together a substantial block of training whilst out suspended. His back injury will have seen the big man lose the little match fitness he may have accumulated and there are better options.

I would imagine that Beau Scott will be looked at, especially after being a part of last year's campaign, but the man I would be bringing in is the Storm's Ryan Hoffman.

The strong-running back-rower has made an excellent return to the NRL after a sojourn in the English Super League and is no stranger to Origin, having racked up five appearances in the 2007 and '08 series.

He has not missed a match for Melbourne this season and has played the full 80 in nine of their 14 appearances. In fact he has missed a total of just 61 minutes all year, so the amount of game time he would be called upon to play in Queensland would be no problem.

I spoke to Storm coach Craig Bellamy after his side's superb victory over Manly on Monday night and asked him about Hoffman's form since his return.

He said that he had made a flying start to the season but had then hit something of a flat spot.

However over the past month he was right back to his best and was definitely ready for a return to the Origin stage.

If Craig Bellamy is certain that he is the man for the job if needed then that's good enough for me. 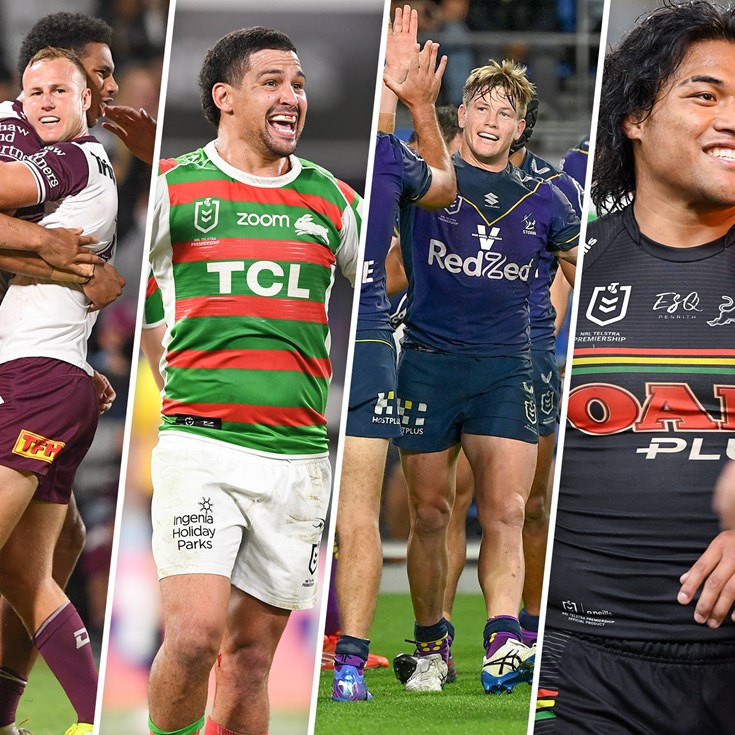 Echoes of 2001: Why Knights could stun Eels again