There’s nothing simple about the question of how we should go about protecting player’s heads in the NRL without changing the game to make it almost unrecognisable.

Making head gear compulsory creates its own problems. The extra padding has been shown to build players’ confidence resulting in them using their heads even more in play.

Unfortunately their brains can’t be protected from the damage done to them when they rattle around on the inside of the skull. In the NFL helmets have resulted in players using their heads as weapons, and the resulting long-term damage to brains and lives has been tragic and costly.

Harsher penalties for head hits wouldn’t hurt, but they also wouldn’t stop those sickening accidental head clashes that are so often responsible for concussions.

And then there’s the question of the shoulder charge. NRL team doctors have pointed out that this spectacular form of tackling can cause a brain injury even when applied to the upper chest without any direct contact to the head. It’s what doctors call a “deceleration injury”.

Parramatta’s Sam Sorrenti spoke on behalf of a group of NRL team doctors when he called for the shoulder charge to be banned.

“Taking into consideration that we have a responsibility to the players short and long term,” he said, “we would like to see that tackle or that part of the defensive structure removed.”

This request from those experts whose job is protecting the health of our players was met with a chorus of disgust from fans who’ve probably never had a concussion in their lives.

They forecast a new game of “namby pamby sooky crap”, “netball”, and pointed out “this isn’t a women’s game.”

But what’s wrong with tackling the old fashioned way? The way they did back in the days we so often look to as the toughest in rugby league? I tend to agree with former Bulldogs doctor Hugh Hazard, one of our most respected experts.

“It’s just going out to try to hurt someone and it’s not the basic premise of the game,” he said, adding it’s been successfully banned in rugby union.

“I don’t think we need it. If you miss, you look like an idiot. If you connect and connect high you can do some serious damage to your opponent or yourself.”

I’m not calling for a ban here and now but I am saying there is enough legitimate and expert concern about the shoulder charge and its relation to brain injuries to at least reignite debate and prompt more investigation.

In the meantime there are two less complicated ways to combat permanent brain injury that I believe should be instigated straight away.

The first is that the person making the decision about whether a player is well enough to play must be impartial.

As much as we all love and respect that mustachioed veteran Ronnie Palmer, how can he have had the expertise and the power to decide whether Robbie Farah was fit to play on in the third Origin game? Farah remembers little of the first half of the match - he was so dazed by his head clash with Nate Myles. His team doctor certainly took it seriously enough to prevent him playing against the Bulldogs in the subsequent club game.

Impartial doctors, hired by the NRL, (maybe sourced from states other than Queensland or New South Wales!) should make decisions about player welfare in Origin, even perhaps at club level.

The other “no brainer” in my opinion is that a concussed player cannot return to the game. It’s ridiculous that a serious injury to the one of the body’s most vital organs is repaired within 10, 20 or 30 minutes.

Our league warriors may look invincible - they’re huge, solid, and tough. But inside their determined heads are soft, delicate, complicated brains – the same as yours and mine.

The game is tough enough. It’s one of the hardest most respected in the world. I love how Jason Bennett from ESPN’s @Aussies_Abroad describes it to his yank mates:

“US friends ask me about rugby league – it’s like running full tilt into an oak tree, then a coupla blokes jump out from behind it & belt u.”

It’s always been like that even without shoulder charges and head high hits. Who wants to support a game that takes it to another brutal wounding level? Respect our players’ health, their families, and yourself, and make NRL an aggressive, athletic and skilful but safer sport. 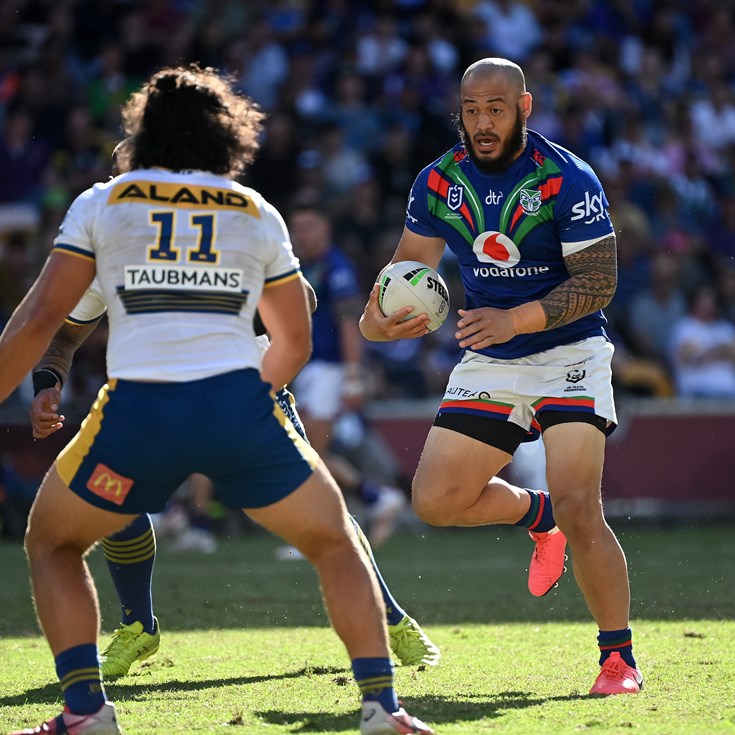 For & Against: Has Cleary overtaken DCE for Roos No.7